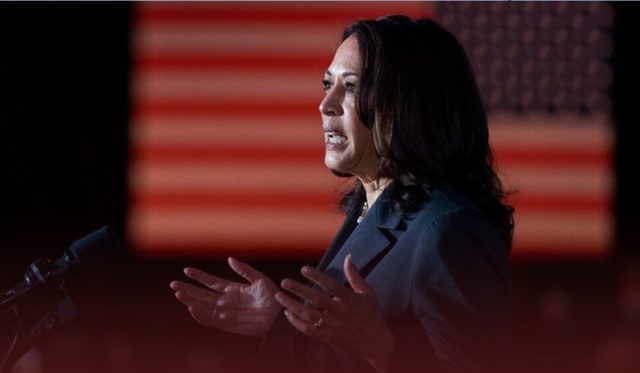 Kamala Harris, the Vice President of the U.S., is planning to visit the Mexico-United States on Friday as part of her effort to limit the number of immigrants trying to enter America. Biden also tasked her to examine the root causes of immigration from Central America. On Wednesday, her office said Alejandro Mayorkas, the Homeland Security chief, would convoy her to El Paso, Texas, one of the major immigrant entry points.

Harris is leading the Biden administration’s response to the rise in migrants seeking to enter the U.S.@NancyCordes has the latest. pic.twitter.com/bpkuHSCv5U

Earlier this month, Harris visited Mexico and Guatemala, telling immigrants not to come to the United States. However, thousands of immigrants from those two republics, along with those from El Salvador and Honduras, are approaching the border, several of them on foot, trying to escape crime in their home countries and poverty. Furthermore, the agents at the United States border are facing the biggest number of undocumented immigrants in the last twenty years.

In May, Authorities Apprehended Over 180,000 at the Border

They detained over one lac and eighty thousand migrants at the border in May, primarily single adults. Additionally, the number was slightly above the one lac and seventy thousand plus numbers in both April and March. Many of the immigrants are coming from Latin America, but several are also from Haiti, Ecuador, Venezuela, Cuba, and African countries.

After President Joe Biden took office in January, the surge at the border grew, but the president called a more humane stance on immigration than that of his predecessor Donald Trump. Democratic Biden tasked Harris to supervise efforts to control the migration activities by addressing the root causes in Latin America, which are becoming the reason to leave their homelands.

The U.S. president previously ordered to stop the construction of the border that started under the rule of former President Trump. Unlike Trump, who expelled the migrants to their home nations, Biden is allowing unaccompanied children to enter the United States. But his policies are similar to those of Trump in refusing single adults and families to enter.

United States Customs and Border Protection (CBP) said the average daily children’s numbers in its custody now decreased to six hundred and forty. Moreover, the United States health authorities hold additional sixteen thousand and two hundred migrant children, however, while the administration tries to place them with relatives already living in America or with vetted caregivers.

On the other side, the Republican Party blamed the Biden government for the migrant surge at the border. However, before meeting with the U.S. vice president this month, Alejandro Giammattei, the president of Guatemalan, also told CBC News that the next very day of Biden inauguration, the coyotes were there to organize groups of children to take them to the U.S.

Harris faced frequent questions on her first foreign tour as the U.S. vice president about why she hadn’t visited the U.S.-Mexico border after taking office. After getting frustrated at these questions, Harris told NBC News that she also hadn’t seen Europe since taking the U.S. second-in-command office. Republican leaders criticized her lack of visits to a crowded migrant holding facilities at the border. At one point, they posted a mock-up of a milk carton with Harris’s picture with the caption “Missing at the border.”