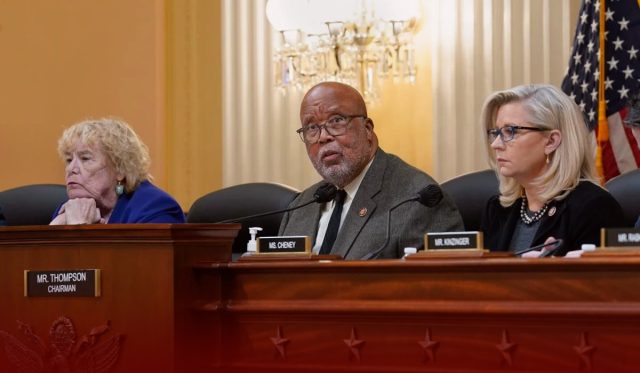 The former chief of staff under Republican President Donald Trump, Mark Meadows, announced to sue members of a House panel probing the 6th January riot and House Speaker Nancy Pelosi, as representatives consider illegal contempt charges against him for refusing to obey the panel’s subpoena. According to a complaint Meadows filed in Washington D.C. District Court, the former chief of staff is suing for injunctive and declarative relief, intending to refuse the excessively and broad subpoenas.

BREAKING: Trump Chief of Staff Mark Meadows desperately sues the January 6 Committee to try and stop Verizon wireless from handing over his incriminating personal phone records from before, during, and after Trump’s insurrection. RT IF YOU THINK THAT HIS SUIT MUST BE DISMISSED!

Initially, the court issued the subpoenas on 23rd September, asking for testimony and documents from Meadows and three other ex-Trump staff members, mentioning the reported effort of Meadows to veto the 2020 Presidential Election. Furthermore, the panel scheduled to depose Meadows, but said in a letter released Tuesday he doesn’t need to appear before the House panel or turn over the information the panel is asking as it covered by administrative privilege – a former defense president is also using to try and bar the probe of the investigation.

In response, chairman of the panel, Representative Bennie Thompson, told George Terwilliger, the lawyer of Meadows in a letter that there are no legal grounds for Meadows’ refusing of the info or his dienyl to appear before the committee and that the House panel is left with no choice but to proceed contempt charges. Terwilliger didn’t instantly respond to CNN’s request for comment.

Mark Meadow’s suit follows Trump’s lawsuit against the House panel in October, with he is also trying to invoke executive favor to evade submitting classified documents. Since then, Steve Bannon, the former adviser of Trump, and Jeffrey Clark, the former legal counsel, also held in contempt for declining to meet with the panel, with a United States District Judge on Tuesday setting 18th July as the initial date for the trial of Bannon.