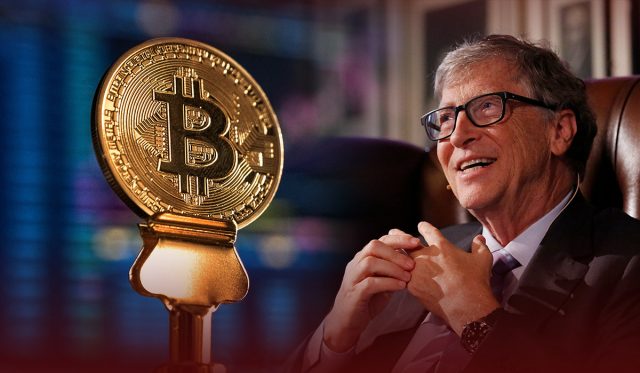 As bitcoin soars, Microsoft billionaire Bill Gates sounds an alarm on the digital currency’s amazingly high carbon footprint. It only bound to get worse as mainstream adoption of the largest cryptocurrency of the world climbs as expected. In an interview, Gates told the New York Times that Bitcoin uses more electricity each transaction than any other method on Earth. Moreover, he called himself a bitcoin skeptic and adding that it is not a good thing for the climate.

A data scientist at the Dutch Central Bank, Alex de Vries, gives an estimation that every bitcoin transaction requires an average of three hundred kg of carbon dioxide – equivalent to the carbon footprint produced by approximately seven lac and fifty thousand Visa swipes. That is because almost all cryptocurrencies, including bitcoin, document every single transaction on a public ledger, which helps to ensure the transparency and safety of the transaction from tampering, but continuously requires more storage space or blocks.

Miners created the blocks, who awarded bitcoin for their work, running code around the clock on special hardware named rigs – a process that consumes the same amount of energy yearly (about 78.5 terawatt-hours) in countries like Austria, Finland, and Chile. Compounding the issue, mining networks mainly based in China, which sources its maximum power from fossil fuels such as coal, and as cryptocurrency becomes more popular, its energy consumption increased by a factor of ten since just 2017.

The chief market strategist at Barclays Private Bank, Gerald Moser, says that adding cryptocurrencies to a portfolio will make it less green. Further, he adds that mining produces the same amount of electronic waste as countries such as Luxembourg, given that mining equipment usually becomes obsolete every eighteen months or so.

According to Digiconomist, one bitcoin transaction uses approximately 707.6 kilowatt-hours of electrical energy equivalent to the total power consumed by an average United States household over twenty-four days. Whereas on an annual basis, bitcoin consumes more energy than all but thirty-eight countries, falling in line with countries such as Austria, Finland, and Chile.

Inner Mongolia region of China plans to close its cryptocurrency mining projects by April after it failed to meet government-mandated aims for reduced energy consumption in 2019. Moreover, the United States hasn’t cracked down federally, but some states like Washington and New York issued restrictions on mining.

Read Also: Musk, Bezos, Gates and other have their Twitter accounts hacked in Bitcoin scam