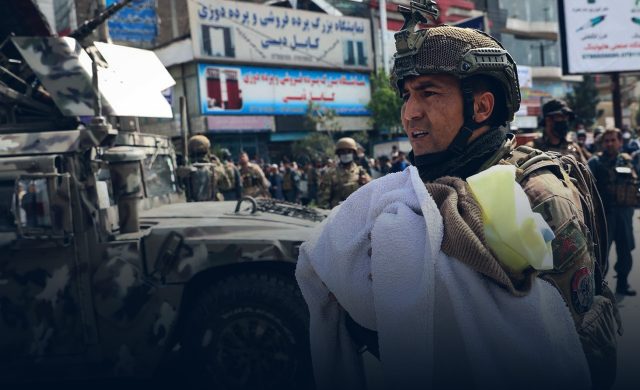 United States Secretary of State Mike Pompeo has condemned a militant attack on a Doctors without Borders Charity clinic in Kabul, Afghanistan. The terrorists pursued a new low by storming the maternity ward of a hospital run by Medecins Sans Frontieres (MSF). Among the dead are 2 newborns, children and 12 mothers and nurses. The hours-long shootout that started in the morning ended late in the afternoon claiming lives of 24 people. Photos published by Ministry of Interior Affairs showed two young children lying dead in the premises of health facility.

Meanwhile, at least 26 people were slain the eastern province of Nangarhar after a bombing hit the funeral.

Pompeo condemning the recent episode of violence in the country said: “Any attack on innocents in unforgiveable, but to attack infants and women in labour is an act of sheer evil.”

“Terrorists who attack mourners lining up for prayer at a funeral are only seeking to tear apart the bonds that hold families and communities together, but they will never succeed.”

He added: “During eh holy month of Ramadan and amidst the threat of Covid-19 these dual attacks are particularly appalling.”

After the recent attacks on common masses, President Ashraf Ghani said has announced the resumption of offensive operations against Taliban and allied groups. He accused the militants of consistently undermining the ceasefire efforts and call for a reduction in violence. Taliban have denied any involvement in the attack at Dasht-e-Barchi hospital while Islamic State group has claimed the responsibility for attacking a funeral of police commander in Nangarhar.

The attack at a MSF hospital began at around 10:00 am local time (5:30 GMT) on Tuesday with the neighborhood stormed with the two blasts and gunfire. One doctor who fled the site said that around 140 people were inside the hospital at the time of the attack. The hospital staffers included locals and a few foreigners. 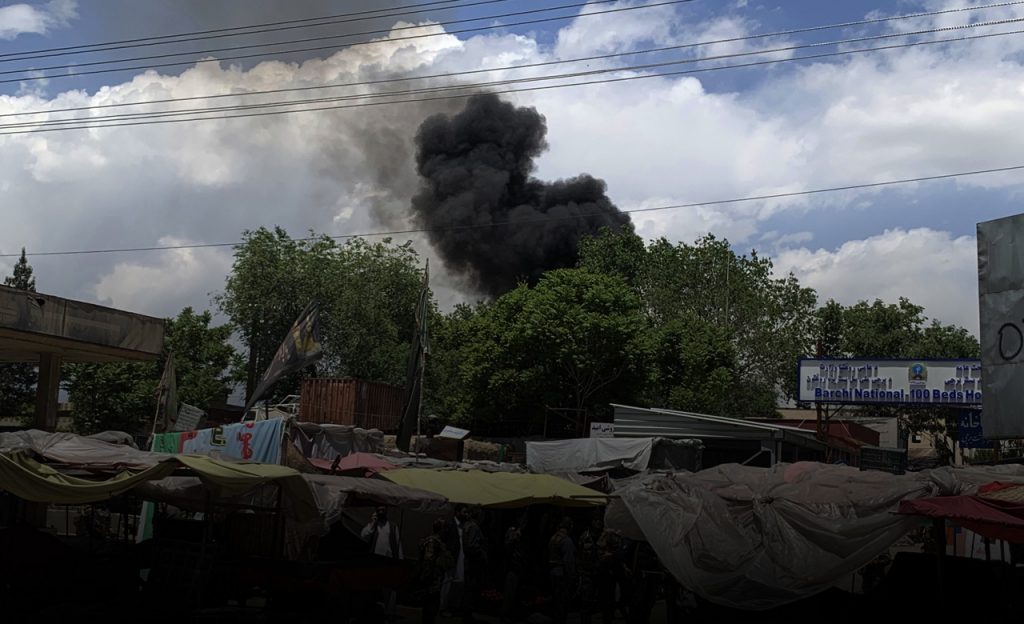 Reuters reported a talk with a vendor who was an eyewitness to the attack: “The attackers were shooting at anyone in this hospital without any reason… It’s a government hospital, and a lot of people bring in their women and children for treatment.”

Another doctor talking to AFP described the total panic at the scene. Quick to respond to the attack as it unfolded, Afghan Special Forces rescued 100 women and children including three foreigners. All the attackers disguised as police officers were killed by the Special Forces personnel after hours of gun battle.

Similar attacks have been carried out against in the Shia population area of the capital in past. Most of the attacks were carried out by IS. On Tuesday the group’s leader was arrested in Kabul with two high profile aides, according to Afghan intelligence.

Although the Talibans have denied the involvement in the barbaric attack, the militant group also has a history of attacking hospitals. Last September, 20 people were killed after an explosive laden vehicle hit a hospital in Southern Zabul province.

Announcing the new offensive, Mr Ghani said: “In order to provide security for public places and to thwart attacks and threats from the Taliban and other terrorist groups, I’m ordering Afghan security forces to switch from an active defence mode to an offensive one and to resume their operations against the enemies.”