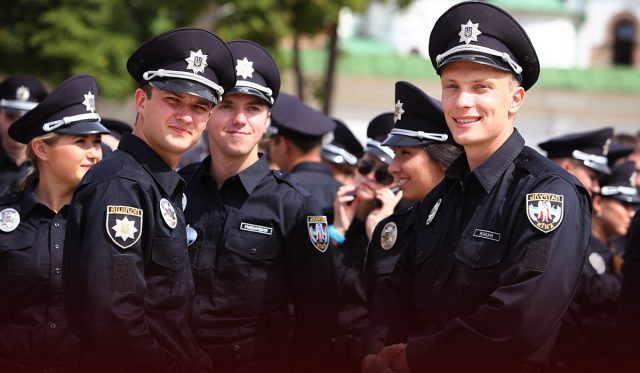 The Minnesota police chief said on Monday that an officer fatally shot a twenty-year-old Black man, Daunte Wright during a traffic stop. Police fired stun grenades and fired tear gas on the crowd gathered to protest the killing of a Black guy. According to a tweet from Operation Safety Net, protestors were throwing bricks, bottles, and other projectiles at police officials. Whereas the public safety officials were trying to ensure public safety with the help of local entities during the trial of Derek Chauvin, which held around ten miles away from the site in Brooklyn Center, Minnesota.

Crowds are launching bottles, fireworks, bricks and other projectiles at public safety officials at the Brooklyn Center Police Department. They are also trying to shine lasers into officers’ and troopers’ eyes. #MNOSN #OperationSafetyNet

Authorities identified Officer Kim Potter killed Daunte Wright during the 2nd night of protests during a routine traffic stop. According to Minnesota Operation Safety Net, a police curfew was in effect for Brooklyn Center, and the security officials arrested those protestors who ignored dispersal orders from them. Some witnesses said that at around 11:00 pm, most of the protestors left the scene around the Minnesota police station. CNN crew member shot a video, which reveals that the windows at the Dollar Tree store were cracked, and smoke was also seen coming out from them.

The Death of Daunte Wright – a Black Man

Earlier on Monday, police provided actions of officers in an account who are trying to detain Wright on Sunday after a traffic stop from the protestors that ended with an officer shooting a young black guy. According to a press release from the Minnesota Bureau of Criminal Apprehension, the authorities identified the officer who killed Wright as Officer Kim Potter.

Tim Gannon, the town’s police chief, said that they release the video for the sake of transparency and fair investigations. He said that the part of the body-worn camera footage led him to believe that the killing from the officer was accidental and that his actions before the shooting were steady with the training of the department on Tasers.

The video demonstrates three police officers were on a traffic stop, but the only one-minute-long released video clip released shows an officer fired her weapon. Gannon said that the authorities placed her on administrative leave.

A spokesperson for the United States Department for Justice (DOJ) says that the police shooting was a local issue, and DOJ has no involvement in the investigation. Hennepin County’s district attorney said that it sent the police killing case to a different county to overcome any chance of a conflict of interest.

Ben Crump, an attorney for Wright’s family, called the police shooting inhumane and entirely preventable. Further, he adds that Minneapolis and the rest of the nation still deal with the tragic killing of a Black man, George Floyd; now, the whole country must also mourn the heartbreaking loss of this young guy.

Joe Biden, the President of the United States, called for peace as St. Paul and Minneapolis authorities declared curfews and emergencies ahead of expected riot and disturbance. Furthermore, the police officials declared curfew in different counties of Hennepin.

How did the encounter happen?

On Sunday afternoon, Wright was with his girlfriend and was driving towards his older brother’s house when police stopped him in the Minneapolis suburb for an expired tag on his vehicle. Moreover, the officers there came to know that he had an outstanding warrant, and they tried to handcuff him when he was standing outside his car.

Damik Bryant, the elder brother of Wright, told CNN he texted his brother a few moments before the brutal shooting and asked him the reason for too much late. Wright replied to him in a message that the police stopped him and asked for insurance information. In response, Bryant told him to call their mother to handle the situation.

Wright’s mother told the same story after receiving the call from his son to CNN affiliate WCCO. The lethal shooting happened around ten miles away from where Derek Chauvin, a former Minneapolis police officer, is under trial for killing George Floyd, another Black man. However, Floyd’s family received a $27 million settlement over his death from Minneapolis.

After the unfathomable death news of Wright’s death, a huge crowd started protesting against the police killing. The protestors threw something towards (possibly pieces of broken stone or frozen cans of pop) the police officers, and it hit the head of an officer. Initially, the Minnesota National Guard planned to increase members’ concluding arguments in the Chauvin trial for the shooting. The authorities deployed more than five hundred members of the Guard and still planned to increase numbers on duty to combat events overnight in Brooklyn Center.

Aerial footage from CNN affiliate KARE showed that protestors swarmed many police cars around the Brooklyn Center crash site. The video also showed that the crowd was trying to damage police cars. Minnesota Department of Public Safety Commissioner John Harrington said that around hundred to two hundred people marched toward the Brooklyn Center Police Department to record their protest against the police killing of a Black man.

Al Sharpton, a civil rights activist, said in a tweet that he spoke with the father of Wright and assured him that his group, the National Action Network, will stand with his family and raise a voice for justice on all platforms. The police shooting comes after two other similar cases in which Brooklyn Center police officers tased or shot someone who died.

I just spoke by phone to the father of Duante Wright, the 20 year old killed by police in Brooklyn Center, Minnesota. NAN will stand w/ this family and demand justice in this matter.