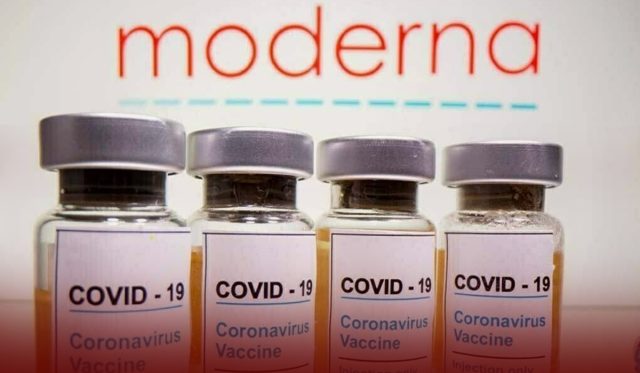 Moderna Inc., the United States drugmaker, will manufacture millions of mRNA vaccines per year in Australia after settling to build up one of its most extensive production facilities outside the U.S. and Europe. The deal emphasizes efforts by the government globally to develop local production units and get ready for future pandemic threats after limited initial access to doses led to slow Coronavirus vaccine rollouts.

Scott Morrison, the Australian Prime Minister, said that the Moderna facility in Victoria state expected to develop up to a hundred million mRNA vaccine shots yearly when it starts operations in 2024. Moreover, Morison told reporters in Melbourne that by going ahead with this latest partnership, the country is building the sovereign capability to produce these vaccines in Australia.

sunriseon7: “It will put us a position where we are a manufacturer of our vaccines and in control”

Federal minister @AngusTaylorMP on Australia partnering with Moderna to set up a mRNA vaccine facility in Victoria. pic.twitter.com/awxCwK7Z7s

Morrison didn’t publicly share the deal’s financial details, but Australian media reported the agreement could be worth around $1.43 billion (A$2 billion). In October, Moderna decided to invest about $500 million to build a facility in South Africa to make up to five hundred million shots of mRNA vaccines every year, including its coronavirus doses.

BioNTech to Set Up a New Facility in Singapore

Coronavirus vaccines of Pfizer/BioNTech and Moderna use mRNA (messenger ribonucleic acid), which teaches cells how to make a protein that initiates and backs an immune response. Additionally, the technology is helpful to produce vaccines for other respirational diseases and seasonal flu. In May, BioNTech announced to build a new factory in Singapore that will have a projected yearly capacity of many hundred million shots of its mRNA vaccines once it’s functional in 2023.

South Korea has an agreement with Moderna vaccine to provide work for the United States companies Coronavirus vaccine, is also seeking to attract mRNA vaccine manufacturers to begin domestic production. Moderna made the announcement as Australian New South Wales state, home to Sydney, reported its largest daily growth in coronavirus cases since an approximately four-month lockdown ended in October.

Despite the rise in new Omicron infections, officials said a planned relaxing of restrictions in Sydney from Wednesday would proceed as they urged individuals to receive their booster doses to defend against the new variant. Australia vaccinated around ninety percent of its population above sixteen with two shots and shortened the wait time for an additional dose after the rise of the Omicron cases. However, the nation recorded around 233,000 Coronavirus cases and about 2200 deaths since the outbreak started.

The new mRNA facility will be able to make Coronavirus vaccines and other vaccines that use the tech after approval by the medical regulator of the country. Simon Birmingham, the Finance Minister of Australia, said the new facility would also play a crucial role in medical research. Furthermore, he said that this investment would mean world-leading clinical vaccine trials, a strong domestic workforce, and generating opportunities through supply chain activities.

Since Moderna foundation, it transformed from a science research stage agency advancing programs in the mRNA field in ten years to an enterprise-level with various experimental portfolios of inoculations and therapeutics around seven modes, an extensive IP portfolio in areas including messenger RNA and lipid nanoparticle preparation, and a cohesive production facility that allows for both commercial and clinical production at scale and at record speed.

In addition, the drug company maintains partnerships with an extensive range of overseas and domestic governments as well as commercial collaborators, which allowed for the pursuit of both swift scalings of manufacturing and groundbreaking science. Recently, the abilities of Moderna came together to allow the official use of one of the most influential and earliest COVID-19 vaccines against the deadly coronavirus pandemic.

The mRNA platform of Moderna develops developments continuously in applied and basic mRNA science, manufacturing, and delivery technology. It allows the launching of vaccines and therapeutics for infectious diseases, rare diseases, autoimmune diseases, immunology, and cardiovascular diseases. Science named Moderna as a leading biopharmaceutical employer for the last seven years.