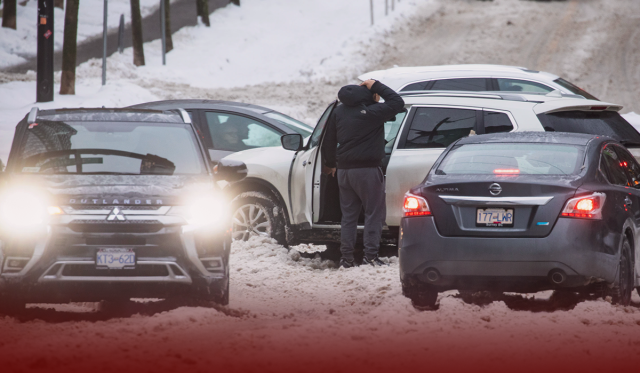 On Christmas morning, thousands were without power nationwide due to a prolonged winter storm that produced heavy snow, brutal cold, and high winds throughout the US. At least 37 people have been killed since the storm hit most of the United States this past week. A National Weather Service report indicates that 43 inches of snow fell in Buffalo, New York, as of Sunday morning. Several county officials reported that a dozen people died because of the snowfall and blizzard conditions, which rendered roads impassable, frozen power substations and roads impassable.

Erie County Executive Mark Poloncarz said that a slight improvement in weather conditions was observed on Sunday, allowing emergency personnel to view the situation better. However, it would be irresponsible for me to claim that this is the end since we know that some individuals have been stuck in their vehicles for longer than two days. Therefore, I would not say that this is the end. He added that there are residents in their homes experiencing below-freezing temperatures.

A statement released by Governor Kathy Hochul referred to it as “the most devastating storm in Buffalo’s long and storied history” because of its power and duration. “We are facing a crisis of historic proportions,” Hochul told CNN‘s Paula Reid on Sunday. Due to this winter storm, temperatures have been dangerously cold, blizzard conditions have prevailed, and coastal flooding has devastated almost the entire country, affecting Christmas plans. Across the South, wind chill warnings were in effect for more than 55 million people Sunday morning.

In the eastern two-thirds of the country, blizzard conditions persisted Sunday, while blizzard conditions continued to cover the Great Lakes. The coldest Christmas in decades was recorded in some major Midwest, Southeast, and East Coast cities. Miami, West Palm Beach, Tampa, and Orlando in Florida are expected to experience the coldest December 25 since 1983. Several locations in New York City, including JFK and LaGuardia airports, experienced record-low temperatures on Christmas Eve.

Central Park experienced a high of 15 degrees on December 24, making it the second-coldest December 24 in at least the last 150 years. The temperature is expected to rise later in the week, with temperatures likely above average, a much-welcome change, at approximately 11 a.m. ET Sunday, around 250,000 homes and businesses were without electricity. Around half of those affected in New York and Maine experienced power outages at midnight ET Sunday. Over a million customers have been affected by power outages since the storm began.

During early Saturday morning and Sunday morning, a power grid operator for almost thirteen states in the country’s eastern half asked consumers to conserve electricity and set their thermostats lower than usual to relieve pressure on the grid. The operator, PJM Interconnection, provides power to approximately 65 million people in Kentucky, Maryland, Delaware, the District of Columbia, Illinois, Pennsylvania, Michigan, Indiana, Virginia, West Virginia, North Carolina, Ohio, New Jersey, and Tennessee. During a rolling blackout, the operator warned that the strain could become too great.

Due to extreme weather conditions and increased energy demand on interstate pipelines that carry natural gas into New York City, Natural Grid US and Con Edison have called on their customers to conserve energy. Accordingly, the US Department of Energy declared an emergency Friday due to a Texas electricity shortage, allowing the state’s energy provider to exceed emission regulations until energy consumption drops. In addition, efforts to repair a water main break in Jackson, Mississippi, have been hampered by frigid temperatures, which has caused residents to experience reduced water pressure.

Our appreciation goes out to the crews working to restore residents’ power this Christmas Eve night while braving these sub-zero temperatures. The release states, “Their sacrifice is noticeably appreciated not only by this administration but also by every resident affected by this project.” Unfortunately, the brutal weather has also hampered travel during the busy holiday weekend, with more than 5,200 flights canceled on Friday, over 3,400 on Saturday, and over 2,800 on Christmas Day.

Seventeen fatalities across New York have been reported due to weather conditions, and 16 were recorded in Erie County. In addition, one death has been reported due to carbon monoxide poisoning in Niagara County. A blistering blizzard hit the region on Friday night and Saturday morning, and Poloncarz, the county executive, estimated that approximately 500 motorists were stranded while driving despite a driving ban imposed by the county.

He said National Guard troops were sent to assist in rescuing individuals trapped in their vehicles. Poloncarz said several deaths were reported early Sunday. They ranged in age from 26 to 93 years old, and some had been discovered in cars while others were uncovered in snowbanks on the streets. Poloncarz said that two people died Friday night in separate incidents after emergency medical personnel could not reach their homes in time to treat them for medical emergencies. A county spokesperson confirmed Saturday afternoon that a third death had occurred, but no further details were immediately available.

“Due to the storm, two people in Buffalo lost their lives and could not receive medical attention. On Saturday, Governor Kathy Hochul stated, “This is yet another crisis that is unfolding before our eyes, which shows that ambulances and emergency medical personnel do not have sufficient time to reach people during a blizzard.” Hochul has indicated that she intends to request a declaration of emergency from the federal government, which will enable us to seek reimbursement for all the overtime expenses and the mutual aid that had to be instituted from other parts of the state.