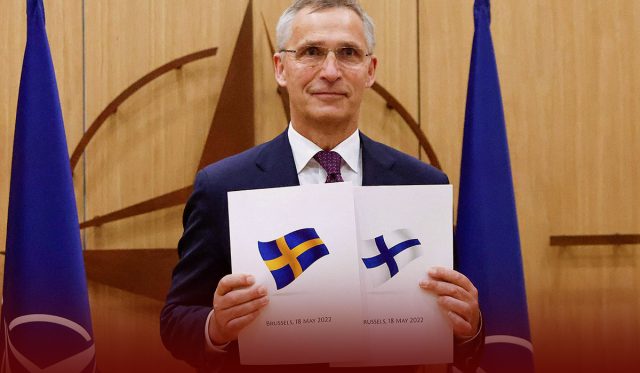 Member states of NATO will sign off on the agreement protocols for Sweden and Finland some days after Turkey withdraws its veto against the historic Nordic expansion. On Monday, the recent move will lead to a likely lengthy confirmation process, which must be undisputed among the thirty member states. Additionally, the next step will be the approval of the membership of both these countries in the legislative institutions of each member state.

A formal ratification process has almost begun following Turkey’s approval to join Sweden and Finland in NATO. A unanimous vote of 30 members is required for the decision to be made. As a next move, each Alliance member state will be giving its legislative approval.#finlandnato pic.twitter.com/YoDOOa88P1

The accession of Sweden and Finland to NATO will mark one of the significant shifts in European security in the last some decades and also increase Russian strategic isolation in the wake of its aggression against Ukraine in February. However, despite the accession to the NATO alliance at the previous week’s meeting in Madrid, parliamentary approval in member state Ankara could still pose issues for the final presentation of the Nordic duo as members.

Tayyip Erdogan, the President of Turkey, warned last week that his country would still prevent the process if Sweden and Finland failed to meet their demand to extradite terrorism suspects with relations to banned Kurdish groups or the network of an ousted religious leader accused of failed 2016 takeover in Turkey.

There is also speculation that Sweden and Finland plan to lift their restrictions on selling weapons to Turkey. By signing off at NATO’s headquarters on Tuesday, both nations will become more closely entwined with NATO. Due to their close relationship, they have already participated in meetings related to immediately relevant issues. Even though they do not yet have voting rights, they are invited to all ambassadors’ meetings.

As part of his criticism of NATO’s “imperial ambitions” last week, Russian leader Vladimir Putin accused the NATO alliance of making efforts to assert its “supremacy” through the Ukraine crisis. Russian President said that Finland and Sweden do not have the concerns they have with Ukraine. Therefore, if they want to join NATO, go ahead. However, he said that both countries must understand that there was no threat before. But now, if military delegations and infrastructure are deployed there, Russia will have to retaliate to create the same threats for the territories from which risks came towards Moscow.