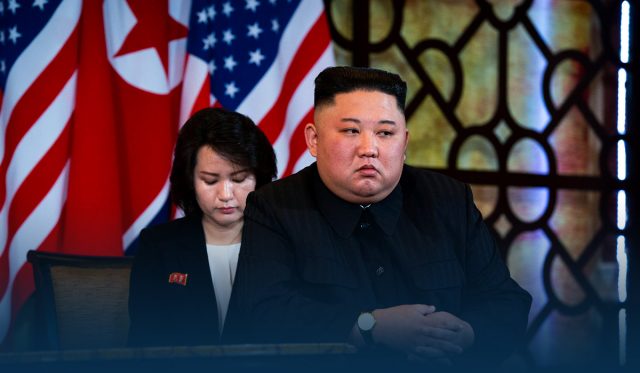 According to three United States officials, North Korea conducts its first weapons test since Joe Biden took office as president. The country launched two projectiles last weekend in a move from the senior officials downplayed as falling on the lower end of the spectrum of provoking actions the administration could carry out. The analysts were widely expecting the tests, as experts and officials long projected that Kim Jong Un, the North Korean leader, would make an effort to send a message to the new U.S. administration about the importance of the country in the region.

Moreover, one American official told CNN that North Korea carried out short-range projectiles, maybe a cruise or artillery missiles, not ballistic misses – the main distinction that highlights the Biden government’s view that it doesn’t qualify as a severe breach and will not prevent the United States from pursuing diplomacy with Pyongyang. Another senior official says that the administration doesn’t see the North Korean activity that took place this weekend as closing that door, referring to future attempts at diplomacy.

Reporters asked Biden what he’d learned about the test, and he replied before he boarded to plane in Ohio that his administration knew and found nothing much changed. Whereas senior government officials downplayed the significance of the aggressive actions of North Korea, they also echoed that American forces in the region are always on high alert and prepared to combat any situation in the area. One senior official said that it would difficult to find a place on Earth where there are more vigilance and observance than the situation surrounding North Korea.

Washington Post first reported the weapons test from North Korea on Tuesday, and the test marks the first by the country since President Biden took office. On the other hand, the Biden administration is still considering its choices for handling and dealing with the regime’s nuclear threat. Representatives and key United States allies are keenly awaiting details about the North Korea policy of Biden administration, which they are expecting to announce publicly in the coming weeks after the completion of the policy review from the administration, several sources familiar with the internal discussions told CNN.

Senior government officials say that the North Korea policy review in its final stages and that the national security adviser of Biden, Jake Sullivan, would host his South Korean and Japanese counterparts this coming week in Washington to discuss the issue in detail. Moreover, the decision of North Korea to conduct a weapons test before that announcement is mainly predictable, as United States officials, representatives, and experts have been giving warnings for the last few weeks that North Korea would probably conduct some type of weapons test in the coming future.

A senior research official at the Heritage Foundation, Bruce Klingner, told CNN last week, referring to the tests conducted in 2017 and 2019, after the arrivals of former two Presidents in the White House, the Hermit Kingdom traditionally done some type of strongly challenging action early in both South Korean and the U.S. new administrations. So, the history of North Korea would specify they would do something in the initial few months of the Biden administration as well. But the action from the Hermit kingdom was less provoking than under former administrations.