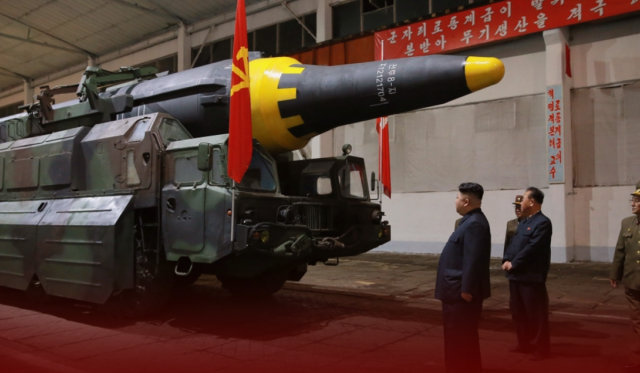 The North Korean armed forces have fired a ballistic missile over Japan, marking the fifth launch in 10 days, ahead of the nation’s first nuclear test in five years. In northern Japan, warning sirens were sounded after South Korea’s Joint Chiefs of Staff and the Japanese coast guard detected the missile. Residents of the area were advised to seek shelter. In addition, services were suspended in the northeastern regions of Hokkaido and Aomori.

As a deliberate escalation to gain the attention of Tokyo & Washington, NK has fired an alleged missile over Japan. After traveling around 4500 km, the ballistic missile fell into the Pacific Ocean – far enough to hit the US island of Guam if it had taken a different trajectory. pic.twitter.com/SjwIWJ8gIB

The missile traveled approximately 4,500 kilometers (2,800 miles) before falling into the Pacific Ocean – far enough to strike the U.S. island of Guam if the missile had taken a different trajectory. The launch is the first by North Korea over Japan since 2017. Some Japanese citizens were alerted to take cover during the launch. By U.N. resolutions, North Korea is prohibited from testing nuclear and ballistic weapons. It is also contrary to international norms to fly missiles towards or over other countries without notifying them or consulting them in advance.

Most countries avoid carrying out this type of activity as it could easily be misconstrued as a terrorist attack. Although not as significant as a nuclear test, which may be conducted soon, it can nonetheless be viewed as highly provocative. Japan’s northern region, including Hokkaido and Aomori, reportedly awoke this morning to the sound of sirens and text messages stating: “North Korea has launched a missile. The public is urged to evacuate into buildings or underground.”

Top government spokesperson Hirokazu Matsuno held a news conference to discuss North Korea’s threat to Japan, the region, and the international community with its repeated ballistic missile launches. In addition, U.S. National Security Advisor Jake Sullivan and Secretary of State Antony Blinken have held telephone conversations with their Japanese and South Korean counterparts and strongly condemned the “dangerous and reckless” actions taken by the South Koreans.

The launch was from Muphyong-ri, Jagang province, according to NHK TV quoting South Korean government. NK launched a Hwasong-12 missile from the same location on January 30 this year. NK media said that launch was to “verify its accuracy.” Here’s one of the images from the time pic.twitter.com/GzQgWmXvsI

Adrienne Watson, the National Security Council (NSC) spokesman, said that North Korea’s actions are destabilizing and show a disregard for U.N. Security Council resolutions and international safety norms. During the meeting, Blinken assured Seoul and Tokyo that the United States remained committed to their defense.

However, analysts said it was unclear what action Japan, South Korea, or the United States could take. As the South Korean president said this morning, we keep talking about a harsh response. However, it is not clear to him what this would be if it did not put the country on a war footing,” Robert Kelly, an expert in northeast Asia international relations, explained to Al Jazeera.

Recent launches by Pyongyang have responded to military drills conducted by the United States and South Korea, which Pyongyang believes are rehearsals for invasion. On Saturday, the United States and South Korea held military exercises to mark Armed Forces Day to demonstrate advanced weaponry. The firing of a weapon over Japan represents an “important escalation” of recent provocations, according to Prof. Leif-Eric Easley of Ewha University in Seoul.

Even though diplomacy is not dead, it is unlikely that talks will resume any time soon, said Easley in an email. Instead, a more significant test is likely to be conducted after China’s Communist Party Congress in mid-October since Pyongyang is still in the middle of a provocation and testing cycle. In addition to the short-range missile tests conducted most recently, Pyongyang has achieved a record number of weapons tests this year, including an ICBM test banned by the United Nations.

The top U.S. diplomat for East Asia commented on the latest launch at an online event hosted by the Institute for Korean American Studies, saying that the launch was “unfortunate” but that dialogue was still possible. Daniel Kritenbrink, the State Department’s assistant secretary for East Asian and Pacific affairs, says, “We urge the DPRK to pursue dialogue and to commit to serious and sustained diplomacy.”