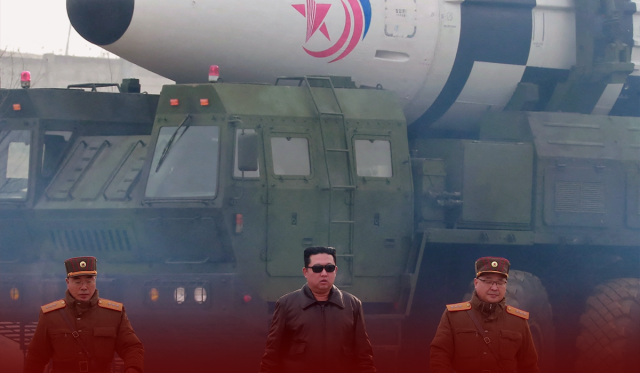 Two ballistic missiles were launched by the North Korean government on Thursday, making it its sixth such launch in less than fifteen days. A Korean official said that Pyongyang’s recent blitz was “just counteraction measures” against joint military exercises between the U.S. and South Korea. The United States led an emergency meeting of the United Nations Security Council after Pyongyang fired a missile over Japan on Tuesday.

In opposing additional sanctions, Moscow and Beijing were providing Pyongyang with “blanket protection,” the U.S. ambassador to the U.N. stated. Representatives from China and Russia argued that increased dialogue would be more effective than punishment. U.S., South Korean, and Japanese military forces have been conducting combined exercises for the past two months to practice how to defeat and deter an attack by North Korea.

Kim Jong-un, the leader of the North Korean regime, has been disturbed by these drills, which he views as evidence that his enemies are preparing for war. Furthermore, North Korea blamed the United States for worsening the military tensions in the Korean peninsula region. On the other hand, South Korea, Japan, and the U.S. started further military exercises. They said they responded to the North’s Tuesday missile launch in their joint statement.

The Biden government said there was no comparison between security drills and a banned test missile fire. The United States also redeployed its warplane USS Ronald Reagan (CVN-76) near the Korean peninsula. Japan and South Korea expressed that the first of the latest ballistic missiles, fired at around 6:00 am local time, flew approximately 350 kilometers with a maximum altitude of about a hundred kilometers. However, the second missile launched with a flight range of around 800 kilometers with an altitude of about fifty kilometers.

As the Security Council wrapped up a meeting on North Korea’s dangerous ballistic missile launches, we learned that Pyongyang launched two more missiles.

Make no mistake: the two Council members that are blocking us from taking action are enabling North Korea.

There is an intriguing similarity between the recent flurry of launches and the period before the country’s last nuclear weapon test in 2017. Like now, back then, Pyongyang tested missiles, the U.S. did not engage in dialogue, and North Korea fired two missiles over Japan. In satellite imagery, the North appears to be restoring tunnels at its nuclear test site, tunnels they claimed were destroyed during a short-lived diplomatic reconciliation between North Korea and the United States under President Trump in 2018.

The North fired around six missiles in less than two weeks:

On Wednesday, the United States accused China and Russia of supporting North Korean leader Kim Jong Un by preventing the U.N. Security Council from strengthening sanctions against the North Korean nuclear and ballistic missile programs. The U.S. Ambassador to the U.N., Linda Thomas-Greenfield, and approximately two council members provide blanket protection to the DPRK (North Korea). In summary, Kim Jong-un has been enabled by two permanent members of the Security Council.