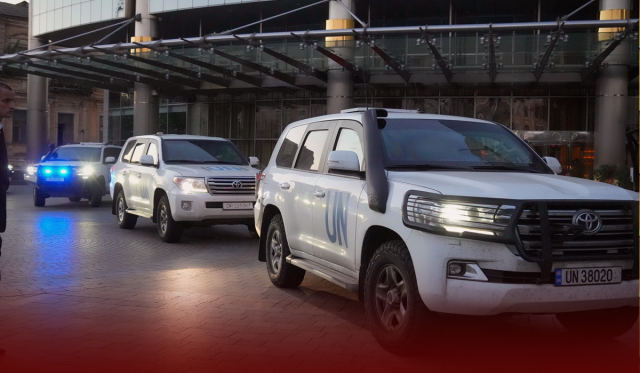 Despite international concerns about the danger of fighting in the area, UN nuclear inspectors are scheduled to start working at Ukraine’s Zaporizhzhia atomic power plant on Thursday. In his statement on Wednesday, IAEA Director General Rafael Grossi said, “It’s a mission to prevent a nuclear accident.”

International authorities are concerned that fighting in the area could endanger the Ukrainian Zaporizhzhia nuclear power plant. UN inspectors are expected to begin their assessment of safety and security matters Thursday. #ZaporizhzhiaPlant #UNInspectors #nuclearplant pic.twitter.com/QVjvuGbYi0

Grossi said his team will work at the nuclear facility for a few days and then hope to establish a “permanent or ongoing presence.” “We’ll do a variety of things there.” The main task is to thoroughly analyze the situation, inspect the place physically, and ensure that the safety system works. It is also crucial to discuss with the staff,” Grossi said.

Despite “increased military activity in the area,” the IAEA chief said the mission was pressing ahead with its plans to visit the facility. Despite having come so far, Grossi said, “they don’t intend to stop.” Ukrainian defense ministry announced on Wednesday that the mission would visit the facility on Thursday after arriving in Zaporizhzhia, 55 km away.

UN nuclear watchdog officials are prepared to conduct a more extended visit, as Russian-installed officials have suggested, rather than a day-long inspection. Grossi explained that the process would take longer if we could establish a permanent or continued presence. However, this initial segment will take a few days.

Both Countries Accused Each Other of Shelling

As a key energy source for Ukraine, the power plant is the largest nuclear facility in Europe, and Ukraine and Russia have both claimed to have shelled the area near it repeatedly over the years. Moreover, a nuclear power plant in a war zone has been cited as a potential source of radiation disaster, similar to the Chernobyl disaster in Ukraine in 1986.

As part of his outreach to Russia, EU foreign policy chief Josep Borrell reiterated his call for the area around the nuclear plant to be fully demilitarized. It’s just a game. Borrell said, “They are gambling with the security of nuclear power.” It is unacceptable for them to play war games near a nuclear power plant.”

According to Ryder, a Ukraine Defense Contact Group meeting will be held at Ramstein Air Base in Germany on Sept. 8. The next group meeting will bring together defense ministers and senior military officials from 50 nations to discuss the Ukraine conflict and coordinate aid to the country.

As part of the $13 billion already pledged by the United States, White House national security spokesperson John Kirby informed reporters Wednesday that there would be an announcement in the days to come about ‘future security aid’ for Ukraine. In his remarks to the IAEA about the plant, Ukrainian energy minister German Galushchenko said the mission aimed to “reoccupy and demilitarize” it. However, Russia has said it is not withdrawing its forces.