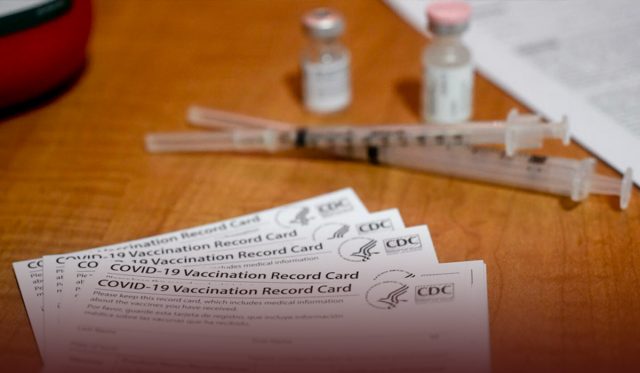 On Tuesday, Bill de Blasio, the Mayor of New York, announced that it is necessary for the citizens engaged in indoor activities, including restaurants, fitness clubs, and bars, to show proof of vaccination. After the announcement, New York became the first major city in the country to make such a requirement.

De Blasio said at a press conference that the city would create a Key to New York City Pass, available by providing COVID-19 vaccination proof. Further, he adds that the latest announced policy will be phased in the next few weeks, during which time the city officials will coordinate with the business community and educate them on the process; the officials will announce the concluding particulars and implement the week of 16th August.

The program will go into effect on August 16th.

The vaccine requirement of the city marks a new chapter in the fight against the virus in a city that was once the hotspot of the coronavirus and where over thirty-three thousand people died from the virus. Moreover, with the spread of the more infectious Delta variant, the average number of daily COVID-19 cases mounted to over thirteen hundred, approximately six times the number in June.

Tyson Foods Announced Vaccine Mandate for all Workers Across the Country

Vaccine mandates are speeding up across the United States as both private businesses and municipalities implemented them. For example, on Tuesday, Tyson Foods told its around one lac and twenty-thousand workers in poultry plants, offices, and slaughterhouses across the United States that they would require to receive vaccine shots by 1st November as a condition of employment.

On the other hand, Microsoft, the tech giant, which employs approximately one lac individuals in the U.S., said it would need proof of vaccination for all workers, guests, and vendors to gain access to its offices. In addition, Joe Biden, the President of the United States, expressed on Tuesday that he believed other cities of the country should follow New York City’s lead in requiring vaccination proof against coronavirus for gyms and restaurants.

De Blasio focused on getting as many citizens of New York vaccinated as possible while resisting calls to mandate face masks indoors, as many cities and counties in California announced previously. On Monday, De Blasio said that he was strongly approving that everybody should wear a face mask in public indoor settings but stressed that the overwhelming strategic thrust of the city remained getting more individuals vaccinated.

Official statistics indicate around sixty-six percent of adults in New York City received full vaccination. The announcement comes one day after Andrew Cuomo, the Governor of New York, issued a face mask mandate requiring all frontline employees in state hospitals to get vaccinated against the virus or find new positions off the front line.

According to city officials, inspectors from the health department and other agencies would impose the new rules, mandate consumers and workers to receive at least one dose of vaccine, and restaurants could face fines in case of violation. Moreover, the logistics of monitoring the twenty-five restaurants and bars of the city could be challenging and argumentative.

Read Also: Coronavirus once again become the focus of US President’s Schedule