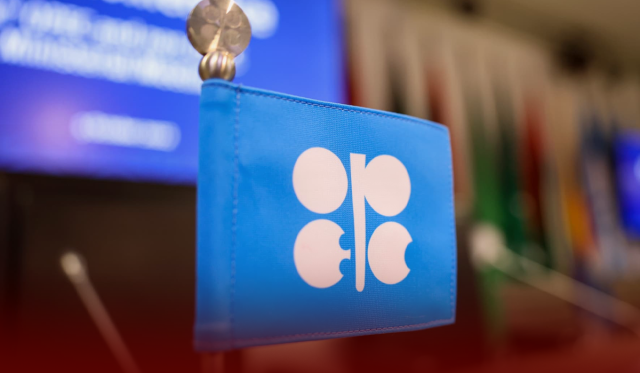 A pact between the Russian Federation and the Organization of Petroleum Exporting Countries (OPEC) has resulted in the deepest cuts in oil production since the COVID-19 pandemic began, despite pressure from the United States and others to increase production. On Wednesday, the world’s largest oil cartel announced it would produce two million fewer barrels per day following a meeting in Vienna.

On 5th October, the Organization of Petroleum Exporting Countries (OPEC), Russia, and other oil producers announced a reduction in production targets by 2 million barrels per day, despite pressure from the United States.#OPEC #CutsOilProduction #Russia #UnitedStates #opecmeeting pic.twitter.com/LZSkwsjSkV

There is a chance that the move could lead to a rebound in oil prices, which have fallen to about $90 from about $120 three months ago because of fears about a global economic recession, a rise in interest rates in the United States, and a strengthening dollar. According to Al Jazeera‘s Dominic Kane, consumer prices should reflect the decision’s effect three weeks later.

As part of his remarks, he said, “some analysts suggest that the U.S. might attempt to free up some of its oil stocks to counteract what OPEC+ is trying to do.” In a report by Reuters, a source familiar with the matter said that U.S. officials had encouraged OPEC not to proceed with the cuts, arguing that fundamentals do not support them.

As part of OPEC+, production will be reduced from 43.8 million barrels per day to 41.8 million daily by November end. While OPEC has been undershooting its target by three million barrels per day this year, this is the first time it has decreased its oil production targets after the pandemic started in March 2020. However, John Kirby, a spokesman for the White House national security team, downplayed OPEC+’s new agreement due to the underproduction of oil-producing countries.

Nevertheless, OPEC’s announcement on Wednesday has contributed to a surge in world crude prices that initially surged past $100 a barrel earlier this year. After Wednesday’s announcement, prices are over $93 per barrel after dropping 32% in the last four months. During the summer months, crude oil prices declined in the U.S., which led to lower gasoline prices at the pump, boosting President Biden’s approval rating just ahead of next month’s national congressional elections.

Recently, gas station prices have decreased to nearly $3.20 a gallon (3.78 liters) in some states and averaged $3.20 a gallon one year ago. However, the American Automobile Association reports that crude oil prices are again rising, and the national average for gasoline has risen to $3.83. White House officials are worried that any increase in gasoline pump prices will be blamed on Democrats, giving Republicans an electoral boost with Biden’s Democratic Party controlling the House of Representatives and the Senate. Some pollsters are predicting a Republican takeover of both houses.

Disappointment from the United States

In a statement later Wednesday, the White House expressed disappointment with the OPEC+ decision, calling it shortsighted. It was stated in a statement attributed to the Director of the National Economic Council (NEC) Brian Deese and U.S. National Security Advisor Jake Sullivan that at a time when maintaining a global energy supply is paramount, this decision will negatively impact low- and middle-income countries that are already suffering from elevated energy prices.

The source said it was unclear whether further voluntary reductions by members such as Saudi Arabia would be included in the cuts or if existing under-production in the group would also be included. Shortly after the OPEC announcement, U.S. Secretary of State Antony Blinken said his country’s administration was working “to ensure that energy is on the market and the prices are kept low.”

The source was unsure whether further voluntary reductions by members such as Saudi Arabia would be incorporated into the cuts or if they would include existing under-production. Antony Blinken, the U.S. secretary of state, responded shortly after OPEC’s announcement by saying his government strives to make energy affordable and available. Blinken said at a news conference in Chile that Washington has multiple interests regarding Saudi Arabia, which led to OPEC+ output falling short of its August target by about 3.6 million barrels.

As a result, OPEC+ fell short of its August output target. Citi analysts said that rising oil prices could irritate the Biden Administration near the U.S. mid-term elections if caused by significant production cuts. Sullivan and Deese issued a statement claiming that the government would release ten million barrels from the strategic petroleum reserve next month to “protect American consumers and enhance energy security.”

West said that Russian energy weapons had triggered a crisis in Europe that could start gas and power rationing of gas and power this winter. In retaliation for Feb.’s invasion of Ukraine, Moscow blames the West for weaponizing the dollar and financial systems, such as SWIFT. The Trump administration seeks lower oil prices as part of its effort to deprive Moscow of its oil revenues, while Saudi Arabia has not condemned Moscow’s actions.

In this year’s visit to Riyadh, President Joe Biden failed to secure any firm commitments on energy cooperation from the kingdom and the country’s administration. “It is a technical decision, not a political one,” Suhail al-Mazroui, the United Arab Emirates’ Minister of Energy, said before the meeting. “The organization will not serve as a political campaign,” he explained, adding that a global recession would be a major concern.

In addition to meetings in Vienna, Russian Deputy Prime Minister Alexander Novak traveled to Washington last week as part of the U.S. list of specially designated nationals. The European Union does not enforce sanctions against Novak. Approximately half of Russia’s budget is derived from gas and oil sales, which are crucial to funding the war in Ukraine. As a result of the production cut, Moscow can sell oil at a higher price on the global market, allowing it to increase its revenue.