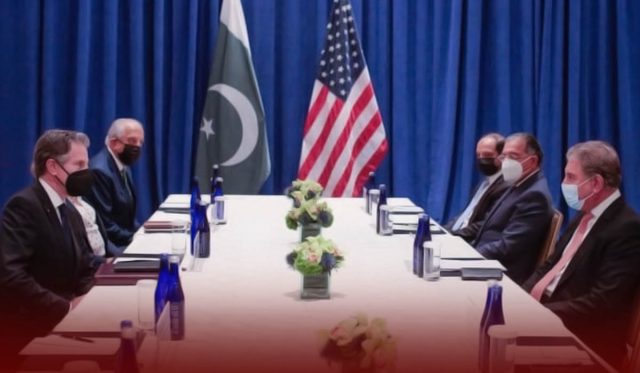 Former United States officials say the pullout of American and coalition forces from Afghanistan changed the political calculus of Pakistan-United States relations, making Washington less dependent on Islamabad when it comes to counterterrorism activities. In the latest interview with the Urdu Service of VOA, former United States Defense Secretary Leon Panetta said that the Pakistan-U.S. relationship has always been complex.

Panetta said that during his time as CIA Director under the Obama government, they would try to build a cooperative relationship with Pakistan, specifically when al-Qaida was present in the Pakistanis tribal areas. As long as the U.S. informed them and continued to work with them, they gave some cooperation to the U.S.

Simultaneously, Panetta said, Pakistan maintained relationships with different terrorist groups for influence against India and has been very close to Taliban groups, specifically the Haqqani group – contributing to a lack of trust between the two countries. However, Moeed Yusuf, the National Security Adviser of Pakistan, disagrees with the evaluation and says Islamabad and Washington engaged in a positive negotiation. He notes, as an example Wendy Sherman, the United States Deputy Secretary of State Wendy’s visit to Pakistan.

Yusuf told VOA that there is some uncertainty that both nations have to overcome, and they are trying to do that, and that is also the motive why Sherman came to Pakistan. Both sides are moving forward in a harmonized manner, and there is no key crisis.

Former national security advisor to then-President Donald Trump, John Bolton and Panetta, both tell VOA they have major concerns about the security of the nuclear arsenal of Pakistan. They mentioned the regional presence of the Pakistani Taliban, al-Qaida, and Islamic State-Khorasan in Afghanistan and the recent Taliban’s took over of Afghanistan.

In a recent interview, Bolton told VOA that the successful seizure of the Taliban has significantly enhanced radical ideology within the Tehreek-e-Taliban Pakistan, the Pakistani government, and terrorists inside Pakistan. He added that the U.S. has concerns that there would be a deliberate policy of Pakistan’s government at that point to transfer nuclear weapons to extremists and terrorists or sell to those who would have the money to pay for them.

According to Bolton, the key point is that the nuclear capability of Pakistan would significantly increase the risk of these nuclear weapons going into dangerous hands. Panetta also raised similar concerns during his interview with VOA. Panetta said that one of the significant concerns during his time as a CIA director was whether or not a terrorist group would be able to obtain a nuclear weapon of some type in Pakistan, and the U.S. still has concerns that it was not a secure system. However, Pakistan National Security Advisor insists that there is no reason for concern about the nuclear weapons of Pakistan’s security.