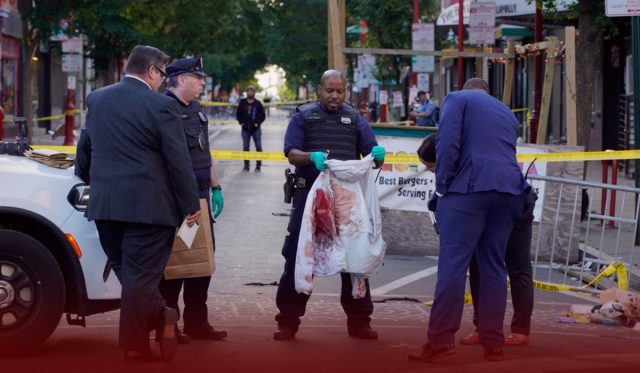 According to local police, Sunday mass shootings in Philadelphia and Chattanooga left at least six people dead and over twenty-five wounded, the latest cases after gun violence in New York, Texas, and Oklahoma.

A gun violence incident in Philadelphia, Pennsylvania, and Chattanooga, Tennessee, has left at least 6dead and over 25 injured. The majority of those injured were victims of gunshots. The police confirmed the report directly after the latest act of gun violence occurred on Sunday pic.twitter.com/sn54UjXHe4

About midnight on Saturday, several shooters opened fire on South Street, an area filled with bars and restaurants, in Philadelphia. According to authorities, two men and a woman were killed. During the 22-second video, people on a crowded street were seen running in panic, likely after firing gunshots. The video had no audio. Reuters was able to verify the location of the video using its geolocation.

Inspector D. F. Pace of the Philadelphia Police Department says hundreds of individuals were enjoying South Street at the time of the shooting. Authorities said that gunshots killed two people, and one person was struck by a vehicle while fleeing the shooting scene outside a bar in Chattanooga. Local officials said 14 people were injured, and three of them died.

As the men attempted to flee, they were struck by vehicles, and several of the victims remain in critical condition, according to Tennessee officials. A grocery store shootout in Buffalo, New York, 21 deaths at a Uvalde, Texas, elementary school, and four at a medical building in Tulsa, Oklahoma, followed recent shootings that killed ten people at the store. According to gun safety advocates, the U.S. government should take more robust measures against gun violence.

Gun Violence Archive, a nonprofit research group, estimates there have been 240 mass shootings in America this year. An incident mass shooting occurs when more than four people, including the shooter, are shot. One police officer was within ten to fifteen yards of an individual who fired into the crowd, while another was within sight of an individual with a handgun, police said. During the incident, police said one of the officers fired at the suspect.