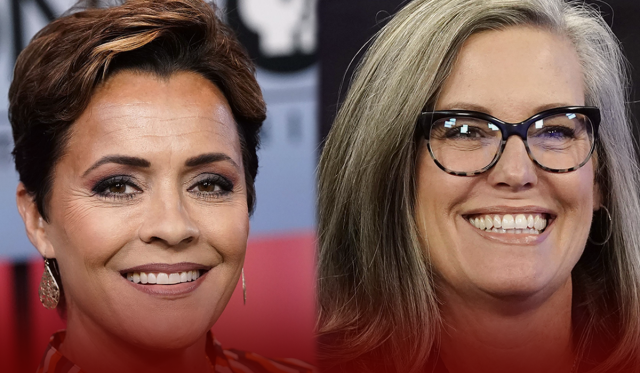 Earlier this week, a rural Arizona county certified its November midterm election results following a judge ruling that Republican supervisors had broken the law by failing to sign off on the vote count by the deadline. It is important to note that two GOP leaders on Cochise County’s three-member board of supervisors balked for weeks even though the deadline for certification passed on Monday. The results of the election were not cited as problematic.

The state and federal election officials maintain that the machines used to tabulate ballots have been certified for use in elections, but they are still looking for their findings. On Monday, Secretary of State Katie Hobbs, as well as a local voter and a group of retirees, filed a lawsuit asking the court to order the supervisors to certify the election, a process that is technically known as a canvass. In line with state law, Hobbs must conduct a statewide certification on December 5 and may delay it by December 8.

Judge Casey McGinley ordered the supervisors to meet within ninety minutes and approve the election canvass by the day’s end after hearings on Thursday. Peggy Judd, one of two Republican supervisors who twice blocked certification, said she was not ashamed of anything she did. However, considering my health conditions and circumstances, I must follow what the judge has ordered today. During the meeting, Tom Crosby, the second Republican on the board, remained absent.

The lone Democrat on the board, Supervisor Ann English, had petitioned the judge two hours earlier to order that the election be certified immediately. At a meeting scheduled for Friday, Crosby is attempting to stage a “smackdown between election deniers and the secretary of state.” “I don’t believe this is a circus that should be held,” English stated. It’s enough for me. The public has had enough. Therefore, I would appreciate a swift resolution of this matter. On Monday, statewide certification will proceed as scheduled after the vote has been cast.

In November, Hobbs, a Democrat elected governor, warned that if Cochise County results were not received by the deadline, she would probably have to certify the statewide results without them. In several close races, it could have made a significant difference. Approximately 47,000 votes were cast in the county, overwhelmingly in favor of the Republican candidate.

The board members appeared in court on their own behalf after being unable to find a lawyer to accept the cases. Supervisors were accused of acting illegally by the elected county attorney, who typically represents them in legal disputes. The county attorney refused to handle the case, claiming the supervisors had acted unlawfully. After hours of discussion, the board voted to hire an attorney from the Phoenix area, but he needed to become familiar with the proceedings before the hearing took place and inform the court that he was representing the supervisors.

Several days before the election, Republican supervisors stopped their plans to count all ballots by hand, which the court had ruled was illegal. However, the secretary of state was required last week to verify that vote-counting machines had been legally certified before the election results could be approved. During their meeting on Monday, they expressed the desire to hear again about those concerns before voting on the certification. We are scheduled to hold a meeting on Friday to discuss this issue.

In Arizona, electronic tabulators used for reading and counting ballots are tested and certified by two companies accredited by the United States Election Assistance Commission. This process has been the subject of conspiracy theories since early 2021, focusing on a certificate for accreditation that appeared to be outdated and posted online. However, the federal agency should have issued an updated certificate because of an administrative error since the company maintained good standing and passed audits in 2018 and the beginning of 2021.

Lawyers Made Misleading Assertions in their Lawsuit

Regulatory officials noted that, according to federal law, certification could be revoked only by the commission, which did not occur. Meanwhile, a Phoenix federal judge has suspended the lawyers representing Mark Finchem and Kari Lake, the defeated GOP attorney general and governor candidates. In their lawsuit, they demanded that all votes be manually counted.

Judiciary John Tuchi, appointed by President Barack Obama, ruled in favor of the attorneys for Maricopa County, who argued the lawsuit was founded upon frivolous information. The judge ordered that the lawyers would be responsible for paying Maricopa County’s legal fees. It must be noted that Tuchi stated that the attorneys in the case “made unsupported, misleading, and false assertions.” Tuchi further clarified that lawyers would not be allowed to spread false narratives that undermine democracy.

The Associated Press reached out to the lawyers for Lake and Finchem for comment but received no response, including the well-known Harvard Law School professor Alan Dershowitz. Instead, they testified that their claims were legally sound and backed by substantial evidence in court. After hiring an attorney just hours before the hearing, Crosby attempted to delay the proceedings to give the attorney time to prepare. The judge denied the request despite the request. English, the board chairwoman, pleaded with the judge to force the supervisors to take swift action. The woman replied, “I have had enough.” “I believe the public is through with this.”