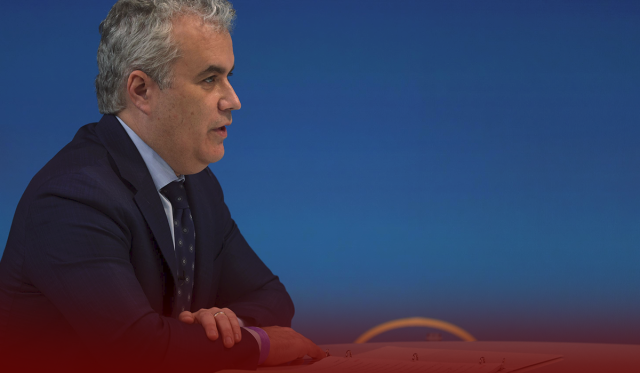 According to sources familiar with the decision, President Biden has chosen Jeff Zients as his next chief of staff. Zients, a management consultant, previously oversaw the administration’s response to the coronavirus pandemic and played a key role in the United States’ largest vaccination campaign. He left the White House in April but returned in the fall to assist with staff transitions after the midterm elections.

Joe Biden will likely appoint Jeff Zients as the next White House chief of staff. Previously, Zients led the Coronavirus task force to stop the spread of the virus. Ron Klain, the current chief of staff, will step down on 7th February after the State of the Union address.#Zients pic.twitter.com/y2R3Qjg8iW

However, a few senior staff members have ended up leaving the administration. Ron Klain, the current chief of staff, will likely resign in the coming weeks. Recently, according to sources familiar with the situation, Klain has been assigning various responsibilities to Jeff Zients, leading some to believe he was being groomed for the top role. These sources requested anonymity to discuss personnel matters.

As Jeff Zients assumes the chief of staff role, President Biden faces a difficult period in his presidency. Klain is expected to leave the position in weeks following the State of the Union 7th February address, marking the first significant departure from President Biden’s inner circle. BBC reached the White House spokesperson for comment, but he declined.

Republicans have initiated numerous investigations into the President’s son’s administration and business activities. Furthermore, Attorney General Merrick Garland has appointed a special counsel to probe the handling of classified documents discovered in Biden’s office and home in Wilmington, Delaware. Additionally, Biden is getting ready to start his re-election campaign.

Unlike Ron Klain, Jeff Zients brings a distinct background to the chief of staff role. He first entered government service during the Obama administration and has primarily worked in the private sector. Zients has limited experience in both political and campaign work, having only ever worked in the executive branch. He does not have a personal Twitter account. Despite this, Zients has earned a reputation as a skilled manager, earning loyalty from those he manages.

Some members of the Democratic Party expressed their desire for President Biden to make a more historic selection for the chief of staff role by picking a woman, as a woman in White House history has never held the position. Former senator Ted Kaufman, a close confidant of the President and former chief of staff for Biden in the Senate, said that Jeff Zients is highly qualified for the job and President Biden has already seen him in action. According to Kaufman, Zients is one of the best managers he has ever worked with as chief of staff and manager.

As President Biden increases his political activity, his aides anticipate that the chief of staff’s responsibilities will evolve. Advisers such as Anita Dunn, Jen O’Malley Dillon, and Mike Donilon are likely to play a more significant role in the White House. Bruce Reed, one of the Deputy Chiefs of Staff, and Steve Ricchetti, Counselor to the President, is also expected to be heavily involved in shaping the President’s political agenda.

White House aides had stated that the arrangement is similar to the one in the Obama Administration when Jack Lew, as the chief of staff, focused on overseeing the operations of the federal government, while David Plouffe, a political strategist, served as a senior advisor from 2011-2013 to manage the re-election campaign. Democrats have stated that Dunn, a senior advisor considered a potential replacement for Klain, and O’Malley Dillon will take on similar roles as Plouffe did. Other individuals considered for the chief of staff role included Steve Ricchetti, Secretary of Agriculture Tom Vilsack, and Susan Rice, President Biden’s top domestic policy advisor.

Jeff Zients, who is 56 years old, has roots in Washington, D.C., where he was born and attended St. Albans School before completing his studies at Duke University. He has a successful management consultant background, during which he led the Advisory Board Company with David Bradley, taking the company public and earning significant financial returns. In the early 2000s, Zients attempted to form a group to buy the Washington Nationals baseball team, but the effort could have been more successful.

During the Obama administration, Zients had his first experience in government, where he held multiple senior roles, including heading the Office of Management and Budget and the National Economic Council. He earned a reputation as a problem solver due to his exceptional operational skills, particularly in resolving the troubled launch of the Obama administration’s healthcare website, healthcare.gov.