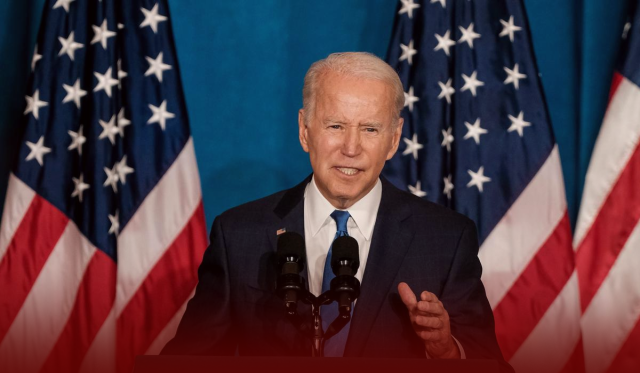 During next week’s midterm elections, U.S. President Joe Biden has stated that candidates who refuse to accept defeat may cause chaos in the country. Additionally, he called on Americans to unite against “political violence” during the upcoming election on November 8. The Democratic president stated that Trump and his supporters peddled conspiracy theories and malice-inclined beliefs.

A week before the midterm elections, there are signs that the democratic system is at risk, as President Biden warned that candidates who refuse to accept the results of Tuesday’s election might create a chaotic atmosphere.#Midterms2022 #bidenspeech #Midterms #MidtermElections pic.twitter.com/1mJhoaLLAU

A Republican response claimed that Biden sought to divide and deflect. Next week’s elections will determine the control of both chambers of Congress and governorships in key states. Most forecasts predict that the Republicans will win control of the House of Representatives, while either party could win the Senate. During his nationally televised address at Union Station in Washington, DC, on Wednesday night, President Biden referred to the protests at the U.S. Capitol last year, which in an effort to reverse the results of the 2020 presidential election.

It is believed that Biden attributed the threat of some Republican candidates not accepting the election’s outcome to Trump – whom he did not name but referred to as “the defeated former president.” In Biden’s opinion, that would be the path to chaos in the United States. “It would be unprecedented. In other words, it would be illegal.” The act is un-American. A hammer attack against the husband of U.S. House Speaker Nancy Pelosi was also linked to the president’s remarks regarding Trump’s election campaign.

Trump Lie About the 2020 Election Results

He believes that Trump’s “big lie” regarding the sabotage of the 2020 election is the cause of both the assault on Congresswoman Pelosi, 82, and the riots in Washington, D.C. In addition, in the past two years, political violence and voter intimidation have increased in a harmful manner due to this lie. President Trump spoke in response to a restraining order issued by a federal judge regarding a group of Trump supporters suspected of harassing voters near ballot boxes in the border state of Arizona, sometimes armed and wearing ballistic vests.

U.S. law enforcement agencies received a bulletin last week warning of a “heightened threat” from violent domestic extremism, with individuals with ideological grievances possible targets. Biden’s remarks were criticized by Republicans, who argued that he was seeking to divert attention away from his low approval ratings and the rising inflation in the United States.

Should his party win control of the lower chamber of Congress next week, House Republican minority leader Kevin McCarthy would become speaker. As a result of his inability to discuss his policies that have driven up the cost of living, President Biden is dividing and deflecting during a time when the nation must unite. “The American public does not seem to be buying it.”

An opinion poll conducted by Reuters/Ipsos this week found that half of Americans do not believe voter fraud frequently occurs, even though such incidents are sporadic. According to the BBC‘s U.S. partner CBS, approximately half of the 595 GOP candidates running for statewide office in 2020 have expressed concerns about the 2020 presidential election.

A copy of the memo released by several government agencies, including the Department of Homeland Security and the FBI, warns that domestic violent extremist threats will likely increase during the 90 days following the election, according to a copy of the memo obtained by The Washington Post. According to the memo, several scenarios could trigger more violence, including actual or perceived attempts to suppress the right to vote.

“Following the midterm elections of 2022, perceptions of election-related fraud and dissatisfaction with the results will probably lead to an escalation in the number of violent threats against an array of targets, including ideological opponents and election workers,” the memo stated. The election officials have indicated that they do not know what to expect. They have been promised by several Trump-supporting organizations that they will flood polling places and counting stations with partisan observers.

Several of Trump’s supporters have encouraged him to lodge frequent challenges, which officials believe may disrupt the process. It has become increasingly apparent to Biden over the past few months that Republicans pose a significant threat to democracy. The president began referring to “MAGA Republicans” in the spring, a designation he used to distinguish Trump supporters from conservatives more traditionally aligned with conservatives. During a fundraiser in late August, Biden offered unusually blunt statements regarding the Republicans’ trend towards semi-fascism by warning that it was headed in that direction.

In a speech on Wednesday evening, Biden characterized the danger to democracy as part of a sustained assault launched by Trump and the Republican Party, under which he still serves as leader. “They’re trying to succeed where they failed in 2020 by suppressing the right of voters and subverting the electoral system,” he said. Ronna McDaniel, a political strategist and Chairwoman of the Republican National Committee, released a statement before Biden spoke on Wednesday, calling Biden’s words desperate and dishonest.

McDaniel said Biden promised unity but smeared Americans and demonized them, making life more expensive for everyone. The Republican party remains focused on the issues important to voters, whereas Biden and the Democratic party are stumbling. Since Biden delivered a speech outside Philadelphia’s Independence Hall on September 1, when he warned that far too much of what’s happening in our nation is not normal, Wednesday evening’s speech was Biden’s most direct address regarding the threats to the American democratic system.