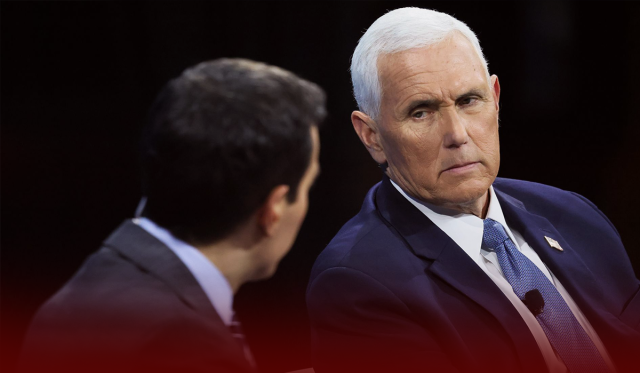 Last week, a lawyer for ex-Vice President Mike Pence came across a dozen classified documents at Pence’s residence in Indiana. He subsequently handed over these classified materials to the FBI, as per sources familiar with the matter. The FBI and the DOJ’s National Security Division have initiated an investigation to review the documents and how they ended up in Pens’ home.

A lawyer discovered classified documents at the residence of former Vice-President Mike Pence, marking yet another instance of confidential papers being found at the homes of high-level government officials. The FBI has now taken possession of the documents found.#PenceDocuments pic.twitter.com/61DCNVKJxn

The classified papers were found at the new residence of Pence in Carmel, Indiana, by a lawyer representing him, in light of the recent revelation of classified material found in President Joe Biden’s private office and home, according to the same sources. This discovery comes after Pence has repeatedly denied holding any classified documents. The nature and level of sensitivity of the documents in question and their classification still need to be discovered.

Out of caution, Pence requested his lawyer, who specializes in handling classified material, to search for his home. It is said that attorney Matt Morgan started examining four boxes stored at Pence’s house last week and found several documents with classified markings. His lawyer promptly notified the National Archives, as per the sources. Subsequently, the Archives alerted the Justice Department. Pence’s team informed leaders of Congress and the appropriate committees about the discovery on Tuesday.

According to a lawyer for Pence, the FBI requested and was granted access to documents with classified markings from Vice President Pence’s home. The FBI’s field office in Indianapolis collected the documents. On Monday, Pence’s legal team delivered them to the National Archives in Washington, D.C., for review following the Presidential Records Act.

Greg Jacob, Pence’s representative, in a letter to the National Archives, stated that a small number of documents with classified markings were mistakenly included in the materials taken to Pence’s residence and that the Vice President needed to be made aware of their presence. He also stressed that Pence fully understands the importance of protecting classified information and is willing to cooperate with any necessary inquiries.

According to sources, the classified documents were stored in boxes initially placed at Pence’s temporary home in Virginia before moving to Indiana. The boxes were not in a secure location, but they were packed and were not believed to have been opened since they were taped up, as per Pence’s attorney. After being discovered, the classified documents were then placed in a safe in the house.

The Washington D.C. office of Pence’s advocacy group was also searched, but no classified materials or other records that fall under the Presidential Records Act were found. This news comes as special counsels probe the handling of classified material by sitting President Biden and former President Donald Trump and amid speculations that Pence is preparing for a run for the GOP Presidential nomination in 2024.

He also added, “there’d be no reason to have classified documents, specifically if they were in an unsafe area” and that there could have been other ways to resolve the issue instead of executing a search warrant at the personal residence of Trump.

According to sources, while Pence’s vice presidential office generally took proper measures when he left office to identify and turn over any classified or unclassified materials covered by the Presidential Records Act, these classified documents seem to have been overlooked because they were packed separately from the Vice President’s residence along with his personal papers. Pence’s residence at the United States Naval Observatory in Washington has a safe facility for handling classified materials, and it is common for classified documents to be there for the Vice President to review.

Some of the boxes found at Pence’s Indiana home were packed from his residence, and some came from the White House during the final days of the Trump administration, which did not go through the same process as the rest of Pence’s documents. The finding of classified documents in Pence’s residence is the third instance where a president or vice president has been found to possess classified materials after leaving office. Separate special counsels for handling classified materials are investigating both Biden and Trump.

According to sources, the discovery of classified documents in Pence’s residence after the controversies surrounding Trump and Biden suggests a more comprehensive problem related to the handling of classified materials and compliance with the Presidential Records Act, which mandates that official records from the White House should be handed over to the National Archives at the end of an administration.

On Friday, the FBI searched a sitting president’s home, Biden’s Wilmington residence, for more classified material and six additional items marked as classified material. This search was carried out after Biden’s legal team found classified material in Wilmington after the initial discovery of classified documents at Biden’s private think office in November. Biden’s lawyers have stated that they are fully cooperating with the Justice Department and making a distinction from the investigation of Trump.