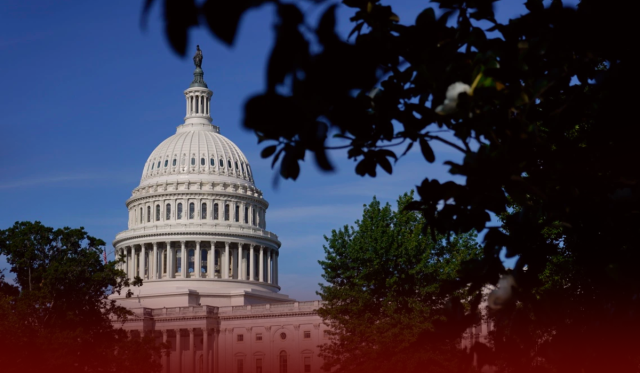 Democratic senators will likely retain a narrow majority in the Senate, assuming a new Congress in January. However, control of the House of Representatives remains uncertain five days after last week’s election. In the 435-member lower chamber, Republicans currently hold a 211-204 majority. Elections have yet to be held for 20 House seats in both parties’ bid to capture a 218-seat majority. It is widely anticipated that Republicans will win a narrow majority in the uncalled House races when all the remaining votes have been counted, which may take several days.

After retaining control of the U.S. Senate, the Democratic party took a victory lap, defying Republican expectations that a “red wave” had been brewing, and turned their attention to Georgia, where a runoff election could strengthen the party’s hand in Congress.#Senate #Midterms pic.twitter.com/Q1YX1h8uzW

They may win 219 – 222 seats to 216 – 213 seats for the Democrats, well below their pre-election predictions for Republicans. Democrat Catherine Cortez Masto, considered the party’s most vulnerable incumbent seeking re-election, narrowly edged out former Nevada attorney general Adam Laxalt to secure the 50th Senate seat late on Saturday evening. A half-point margin decided her victory. In Cambodia, where he attended a meeting of Asian nations, Democratic president Joe Biden told reporters, “We beat the odds.” He then proceeded to Bali, Indonesia, for a meeting of the world’s 20 largest economies. So the next couple of years looks promising for me. They look forward to seeing me, and I feel good.

Several U.S. political analysts and pollsters had predicted a sweeping “red wave” of Republican victories in the House and a possible Republican takeover of the Senate before last Tuesday’s election. Despite his assurance that he would remain as majority leader, Senator Chuck Schumer of New York called the results a “vindication” of Democratic policies. The Republican Party has alienated voters with extremism and negativity, including some candidates’ false accusations of vote theft in the 2020 presidential election by then-President Donald Trump.

In his remarks to reporters, Schumer stated that “America demonstrated that we believe in our democratic system.” Republicans generally remained silent about the Senate outcome. However, as it became apparent in recent days that no large-scale Republican victory was likely to take place, some party officials began to blame the Democrats. Moreover, since Trump supported a number of candidates, most of whom lost, they criticized him for doing so primarily based on his position that he has been cheated out of an additional four-year term as president.

The Republican senator from Missouri, Josh Hawley, noted on Twitter shortly after Cortez Masto’s victory that the old party had died. It needs to be buried. We need to build something new.” Democratic Senate seats have now been split 50-50 between Republicans and Democrats because of the election of Cortez Masto.

There is still a runoff election on December 6 in the Georgia southern state between incumbent Democratic Senator Raphael Warnock and former college and professional football player Herschel Walker, whom President Trump recruited for the race. In addition, several times throughout the current Senate, Vice President Kamala Harris has voted to break tie votes in favor of the Democratic agenda in her role as the chamber’s presiding officer.

It is possible that if Warnock wins in Georgia, they will be able to add to the Democratic majority in the Senate, giving them a majority on committees that shape legislation, or if Walker wins, they will be able to preserve the status quo. Republican Party would take control of the House in the event of a GOP victory in the election. California Congressman Kevin McCarthy, now the minority leader for the party, has already reached out to fellow Republican members to urge them to support him.

Having a narrow margin in the election could provide Republicans with a chance to investigate the Biden administration’s missteps during his initial two years in office, such as the chaotic withdrawal of the United States military forces from Afghanistan last year as well as the continued influx of undocumented migrants across the southwest border. Schumer’s Senate can ignore legislation passed by a Republican-controlled House if Democrats do not support it.

In an interview with CNN‘s “State of the Union,” Pelosi declined to predict that Democrats will surpass the Republican majority in the House election to claim the majority of 218 seats, but stated, “We’ll see.” but said, “We will see what happens. Votes are still being counted for so many candidates. However, she stated that she could not have predicted that the red wave would transform into a thin trickle two months ago. The races are still close; we are still alive. Despite all the obstacles, we still believe that we have a chance.

The Democratic Party celebrates the projection that they will control the Senate, marking Joe Biden’s crucial victory in key battleground states in the wake of Donald Trump’s underperformance. While speaking with reporters during the Asean summit in Cambodia, Biden expressed his congratulations to Democratic Senate leader Chuck Schumer but acknowledged that the Republican-controlled House might hurt his agenda in the future.

Biden stated, “We are feeling good about where we are at this point.” I knew I was an optimist, but I was not surprised by the turnout. In addition, Biden explained that the party would devote its attention to the Georgia Senate runoff next month, where incumbent Raphael Warnock will face Trump-backed Herschel Walker after neither candidate received more than 50% of the votes. With a victory in Georgia, the Democrats would have a majority of 51 members without breaking Senate ties in their favor through Biden’s vice president Kamala Harris.

There is a high probability that attention will pivot to Florida next week as the fallout from the midterm elections continues when Donald Trump is likely to announce his run for the presidency in 2024 at his private members’ club in Palm Beach. Even though many of Trump’s endorsed candidates did poorly last week, polls indicate he is still the preferred candidate among the Republican base. On Saturday, a poll showed that Trump’s support for re-election has dropped by six points to 50%, whereas far-right governor Ron DeSantis has seen his support rise.

Biden pressed confidence Sunday that Democratic Senator Catherine Cortez Masto’s re-election win in Nevada will provide him with a boost as he prepares for his meeting with Chinese President Xi Jinping on Monday. Following remarks in Phnom Penh, Cambodia, Sunday, Biden responded to a question from VOA by saying, “I know that I am strong, but I do not need that.” A visit by Vice President Biden to the Cambodian capital over the weekend was part of his participation in the ASEAN and East Asia Summit. He participated in discussions with representatives of ASEAN and their dialogue partners.