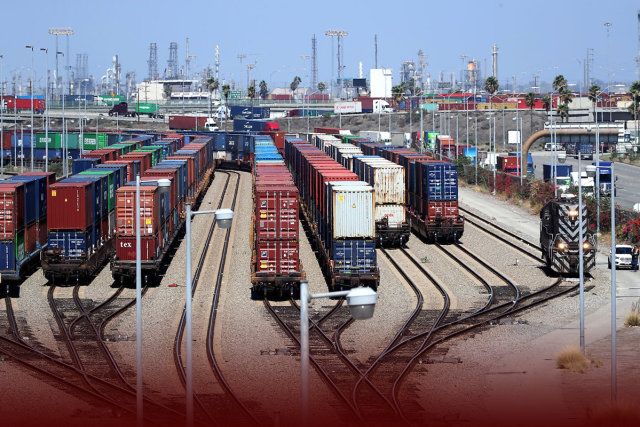 Following criticism by some Democrats last week for supporting an agreement that did not include sick time, seventy-three members of Congress wrote an open letter to President Joe Biden and suggested an executive order to guarantee sick time for rail workers. Some moderates, such as Representative Tim Ryan, signed the letter, including Senator Elizabeth Warren and Representative Alexandria Ocasio-Cortez.

President Biden was urged on Friday by more than 70 lawmakers to ensure railway workers get paid sick leave through executive action. Senator Bernie Sanders and Representative Alexandria Ocasio-Cortez were among those who advocated the move.#PresidentBiden #railwayworkers #Biden pic.twitter.com/RsD0O2vUT1

A top recommendation of theirs is that Biden implements an executive order guaranteeing sick leave. However, other suggestions include introducing new health and safety standards that include sick leave under Labor Secretary Marty Walsh’s guidance or requiring that rail workers not be on the job while sick or tired under Pete Buttigieg’s guidance. Biden has promised that sick leave will be guaranteed for all workers, not just those in the rail industry. The White House didn’t immediately respond to Forbes’ request for comment.

Last Friday, President Biden signed an agreement averting a nationwide rail strike by raising wages by twenty-four percent through 2024 but declining to grant sick leave to employees. Several progressives, including Ocasio-Cortez and Cori Bush, faced criticism from the left for supporting the agreement, despite supporting a separate measure protecting paid sick leave for seven days. Democrat Socialists of America, of which both are members, stated in a statement that they disagreed with the decision made by Representative Alexandria Ocasio-Cortez and Representative Cori Bush.

A nationwide rail strike over the holidays has been avoided due to bipartisan legislation signed by President Biden on Friday. It comes after months of debate over the possibility of a nationwide walkout that could upset the economy over the holiday season. On Thursday, the Senate approved the contract with a lopsided majority, avoiding a strike scheduled for the 9th of December. Through 2024, workers will receive a 24% raise and an additional personal day off because of a negotiation the Biden administration assisted in September. However, four rail union members argued that the agreement did not provide adequate paid short-term sick leave.

Senators rejected the measure – despite it being championed by Vermont Senator Bernie Sanders (I) – in a more closely contested 52-43 vote on Thursday, and thus the House legislation does not reach the more ambitious demand of seven days of paid medical leave that House members had agreed to. Upon signing the bill, he stated that the nation would be saved from a severe economic crisis that would have occurred at a very unfavorable time. During his presidential campaign, President Biden pledged to unions and urged members of Congress from both parties to pass a law to avert a strike estimated to cost the US approximately $2 billion daily.