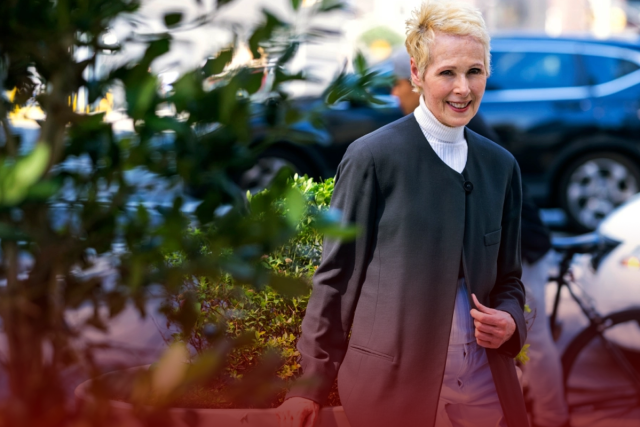 Writer E Jean Carroll has filed a lawsuit against Donald Trump in New York, alleging that he raped her in the 1990s. On Thursday, the Adult Survivors Act was enacted. Carroll, 78, is among the first to file a lawsuit under the Act. New York allows victims of sexual assault to file lawsuits within one year of the incident, irrespective of the expiration date of the statute of limitations.

A writer has filed a second lawsuit against Donald Trump, accusing him of defaming her by maintaining that he raped her 27 years ago. E. Jean Carroll also alleged that Trump assaulted her in an encounter at Bergdorf Goodman in Manhattan, which he denied in a federal lawsuit filed pic.twitter.com/rbQfhYpPPd

Former president Trump has denied the accusations against him. In his claim, Carroll alleges the attack occurred 27 years ago in a dressing room of a superfluity department store in New York City. If a victim was over 18 when the sexual assault occurred and the assault took place on a date that has passed the time limit on most felonies, they may come forward under the Adult Survivors Act.

It was under the Adult Survivors Act of New York that she brought the battery claim, a new law giving sexual assault victims a year in which to sue their abusers, even if the abuse took place more than a year ago when the statute of limitations for the case had expired. The first day for accusers to file suit was Thursday, November 24, which was Thanksgiving Day and a national holiday in the United States. Just moments after the day’s start, her lawyer filed the legal papers electronically.

The state passed a similar law recently, which applies to victims who have been abused as minors. A two-year window was provided for victims to come forward under the Child Abuse Act of 2019, which took effect in 2019. This law led to 11,000 lawsuits against New York schools, camps, hospitals, churches, and other institutions. In addition, the former president of the United States accused Carroll of lying when she made her first allegations public in 2019, and she filed a lawsuit for defamation. Trump has stated that Carroll’s claims are false.

Those proceedings are scheduled to take place on February 6. Roberta Kaplan, Carroll’s attorney, released a statement earlier this week clarifying that she intended to hold Trump responsible for the alleged assault. However, in an interview with US media, Alina Habba, a lawyer for Donald Trump, expressed the view that, despite respecting and admiring victims who come forward, the case shows an abuse of this Act and poses a risk of delegitimizing the credibility of those who are victims.

The new law is expected to be challenged by other parties as well. Robert Hadden is one of the defendants in one of these lawsuits alleging sexual abuse by dozens of patients who treated him at Columbia University and New York-Presbyterian hospitals. Hadden pleaded not guilty to federal charges for abusing female patients for more than twenty years, despite being convicted of sex-related charges in state court in 2016.

Numerous organizations representing survivors of sexual abuse believe that the legislation provides individuals who may have been unable to speak out due to trauma or fear of retaliation now could do so. In addition, New Jersey, California, Arizona, and Montana have also extended or temporarily eliminated their statutes of limitations on sex crimes since the #MeToo movement began in 2018.

Other Lawsuits Under the Adult Survivors Act

JPMorgan Chase and Deutsche Bank were sued under the Act by unnamed women claiming they were abused by Jeffrey Epstein, alleging the banks financially supported “Epstein’s international sex trafficking or organization.” Deutsche denies the allegations that they are valid, as the Wall Street Journal first reported. Among the lawsuits expected under the Adult Survivors Act are those filed by Epstein victim Liz Stein, who has announced that she intends to sue Epstein associate Ghislaine Maxwell and others, as well as lawsuits filed by at least 750 people alleging assault by personnel at state correctional facilities against the state.

A similar New York law that gave child victims of sexual assault a two-year window to file lawsuits between 2019 and 2021, which was the model for the Adult Survivors Act, has resulted in nearly 11,000 lawsuits. Although hundreds of lawsuits are expected to be filed under adult law, it is unlikely that the number of lawsuits will be as high as those filed under child law. In addition, according to the AP, the potential settlements that could be obtained against institutions that care for children make bringing litigation under that law particularly attractive to lawyers.

It has been known since August that Carroll will file a lawsuit under the Adult Survivors Act, even though Habba represented Trump in the initial lawsuit. However, she told the court Tuesday that she is still determining if she will represent him in the new lawsuit. Habba, the client in this action, has known that this action will arise for months, and he should choose who he will be represented by as that issue must be resolved quickly,” US District Judge Lewis Kaplan said in court Tuesday, as quoted by Insider, after hearing Carroll’s first Trump defamation suit.

Following the death of former Governor Andrew Cuomo (D) due to allegations of sexual misconduct, New York Governor Kathy Hochul (D) signed into law the Adult Survivors Act in May. New York is the second state after New Jersey to protect from abuse to adult victims who have been abused as children. Although other states have passed similar laws that provide redress to child abuse victims, New York is the first state to offer such protection to adult abuse victims.

After initially announcing her allegations of rape against Trump in June of that year, Carroll filed a suit against him in federal court in November of that year, accusing him of defamation. Her second lawsuit comes three years after her first, filed in November of that year. However, since the Justice Department intervened in the case in 2020 and asked to dismiss it, it has moved slowly amid the debate over whether President Trump can be sued for defamation as president.

Carroll successfully got Kaplan’s decision tossed out by an appeals court in September, which asked a different appeals court to consider whether Trump was acting within the scope of his employment. In a 2021 court filing, the Justice Department (DOJ) defended Trump even under Joe Biden, stating that while Trump’s remarks were “crude and disrespectful,” they ultimately concluded they were within the scope of his office as president, which led to Carroll’s dismissal of his case.