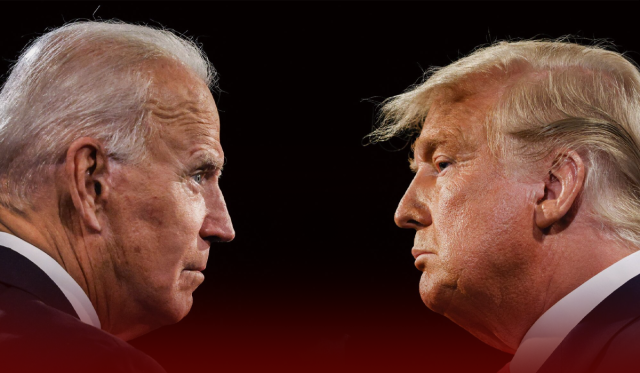 During the 2024 campaign, a storm of investigations targeting GOP and Democrat leaders will likely anger voters who expressed frustration with the lack of consideration for their issues. In the wake of finally gaining 218 seats last week, Republicans wasted no time in pledging to conduct exhaustive investigations into the administration, policies, and family of President Joe Biden. They have already established significant leverage over their leadership due to the delicate nature of their majority, which comes into effect in January.

In 2024, there will be a storm of investigations targeting political leaders who are ignoring the priorities of their constituencies. However, this may anger voters who just expressed their frustration.#PresidentialElection2024 #Trump #Biden #JoeBiden #DonaldTrump #investigation pic.twitter.com/nj7HVin1XK

Additionally, Attorney General Merrick Garland announced last week that a special counsel would be announced to investigate Donald Trump’s handling of classified documents before the U.S. Capitol insurrection. Even though Trump is already a declared presidential candidate, the decision underscores the importance of the probes, the threat they pose to his presidency, and the extraordinary reality that he may be indicted during the campaign for the White House.

There will be considerable political reverberations associated with the investigations into the current and former presidents. Trump and Biden’s chances in the 2024 elections, should the president seek reelection, may be affected by these events, and they will likely further deepen the political polarization in the country.

During the midterm elections, voters were dissatisfied with the performance of the Democrats on the economy; however, they did not trust the radical election-denying Republicans for better performance. After a competitive presidential election and a split in Congress that featured small majorities in 2022, each party could take control of Washington’s power by forming a fresh message that, this time, truly addresses the needs of voters in 2024. The flurry of investigations may be helpful to Democrats and Republicans, but it is not clear exactly how they will address the most fundamental concerns of their constituents.

The special counsel will handle formal criminal investigations initiated by the Justice Department against Trump, who has not been charged with any crimes. A House select committee probing January 6, 2021, insurrection, although it does not possess the power to prosecute Trump, has developed a damning portrait of his behavior and is expected to issue its final report by year’s end. Throughout the remaining months of the year, Republicans investigating Biden will have to prove they are conducting a genuine investigation and not just holding show hearings.

Republicans to Initiate Several Lawsuits Against the White House

Since Republicans have failed to capture the Senate, they will lack the authority to implement their conservative agenda. Their most obvious means of exerting power will be to launch numerous House investigations into the administration. In the upcoming election, they hope to weaken Biden and strengthen the GOP nominee by conducting a barrage of inquiries. During a meeting of the GOP Jewish Coalition in Las Vegas, Republican leader Kevin McCarthy said, “We finally have a check and balance.”

In January, McCarthy hopes to succeed Paul Ryan as speaker of the House. The Republican majority has promised that once they take office, they will investigate the origins of Covid-19, China, the behavior of government health officials during Coronavirus, the withdrawal of the United States military from Afghanistan, the southern border situation, representatives of the FBI, the Capitol insurrection, Department of Education, IRS, and Garland. Their sights are also on the president’s son, Hunter Biden, whose business dealings allegedly resulted in an ethical conflict with the president.

The White House has been preparing for the last some months for the following string of televised hearings, document subpoenas, and testimony demands. McCarthy confirmed on Fox News Sunday that he would block a trio of Democratic representatives – California Representatives, who need the support of hardline pro-Trump representatives to become speaker next year. The House Intelligence and Foreign Affairs Committee members are Adam Schiff, Minnesota Representative Ilhan Omar, and Eric Swalwell.

The Democratic-led House stripped Marjorie Taylor Greene from committee posts due to her condoning violent posts on social media against Democrats before her election. In response to Musk’s decision to restore the ex-president’s Twitter account, Greene retweeted Trump’s historic tweets postulating election fraud and spreading misinformation. Among the most prominent members of the incoming Republican majority, Greene has launched a campaign to end U.S. assistance to Ukraine. Upon his appointment as special counsel, she also called for his impeachment.

A crucial function of Congress is investigation and oversight, and the McCarthy majority will thus be well within its rights to make accountability a top priority. But unfortunately, the investigation appears to stem mainly from accusations and conspiracies spread by conservative media than it does from good governance, and many of the lines of inquiry are highly politicized.

Republican candidates will face a challenge in leaving a broad range of voters, who already had little patience with Republican election denialism, with the impression that they are utilizing the power they acquired in the midterm elections to address issues they care about, such as high inflation. In addition, the Republicans’ chances of winning the next election will likely be adversely affected by an out-of-control juggernaut of politicized investigations.

After Nancy Pelosi announced last week that she would step down from her position as Speaker, Hakeem Jeffries, a New York Democrat, promised Sunday to hold the new majority responsible. “Our government will vigorously oppose any attempt by the GOP Party to overreach and to become extremist,” Jeffries told CNN‘s Jake Tapper on his program “State of the Union.”

Compared to his successor, Trump is exposed to a much greater risk of legal, political, and personal investigations. Due to the breadth and seriousness of the legal complications facing former President Obama, Special Counsel Jack Smith was appointed last week. Due to the former commander-in-chief’s re-entry into politics, it was decided to avoid the appearance of political interference.

The announcement of Trump’s candidacy for the presidency in 2024 was widely viewed as an attempt by the president to isolate himself from possible criminal charges and depict the investigations as political vendettas in his favor. The situation is unacceptable. There is no justification for this. The ex-president’s comments last week described the matter as “so political.”

Moreover, he warned that “the Republican Party must stand up and fight.” His statement was meant to rally the Republican Party around him at a time when his hold on the party is under serious question due to the poor performance of the candidates he backed in the midterm elections. Since the special counsel decision was announced, numerous potential Republican candidates for 2024 have affirmed the ex-president’s claim that he is being politically targeted.