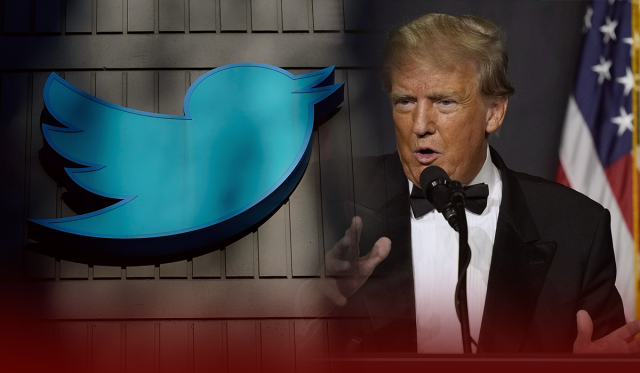 On Saturday, Musk restored Donald Trump’s Twitter account, reversing the ban imposed by Congress in the wake of a pro-Trump mob’s attack on the US Capitol on January 6, 2021, just days before Congress was to confirm Joe Biden as the next president. After holding a poll where users were asked to decide whether Trump’s account should be restored, Musk announced his decision in the evening. A majority of 51.8% voted in favor of restoring suspended accounts.

Elon Musk restored the account of former president Donald Trump, which could lead to Trump’s once loudest and bluntest voice returning to the forefront of online discussion shortly before a presidential election.#trumpisback #TrumpTweets #ElonMusk #Musk #DonaldTrump #Trump2024 pic.twitter.com/kDSzR1dJog

Twitter had previously announced establishing new procedures and creating a “content moderation council” before restoring suspended accounts. The people have cast votes. There will be a restoration of Trump’s account status. In a tweet, Musk referred to the voice of the people as the voice of God, using a Latin phrase in his use of the phrase. Then, shortly after, Trump’s account, which had previously appeared suspended, resurfaced on the platform with over 59,000 tweets.

The people have spoken.

Trump will be reinstated.

Initially, he lost his followers but began to gain them back shortly after that. Approximately 88 million people followed Trump on Twitter, where he revealed his role as a mouthpiece. The account, however, has yet to post any new tweets as of late Saturday evening. Musk has conducted similar polls in the past. For instance, he asked followers last year whether he should sell stock in his electric car company, Tesla. More than one billion dollars worth of shares were sold due to that poll.

The former president announced Saturday that he would not return to the platform. “I do not see any reason to return to Twitter,” Trump said via video when a panel at the GOP Jewish Coalition’s annual meeting asked whether he would return to Twitter. Instead, Trump plans to continue using Truth Social, which he developed as a start-up for his Trump Media & Technology Group (TMTG). Trump stated that Truth Social was performing “phenomenally” and that the platform had higher user engagement than Twitter.

On Tuesday, Trump announced his intention to run for a second presidential term in office in 2024 and praised Musk. However, the former president also noted that Twitter suffers from bots and fake accounts and that its problems were “incredible.” Musk announced in May that he was planning to reverse Trump’s ban, and many Twitter advertisers awaited the timing of Trump’s return with great interest. A content moderation council that includes people representing “widely varying viewpoints” will decide regarding account reinstatement after consideration by a content moderation council, and no reinstatement will be made before the council meets.

Musk has attempted to reassure users and advertisers. Major advertisers may become less concerned about Musk’s drastic reshaping of Twitter if Trump returns to Twitter after acquiring it at an original price of $44 billion dollars. Earlier this week, Musk restored comedian Kathy Griffin’s account, which had been suspended after she changed the name of her profile to “Elon Musk,” in violation of his new rule against impersonation.

Musk Fired a Big Number of Twitter Employees after His Purchase

Musk has undertaken a quick and chaotic process of reshaping the website. In addition to firing many of the company’s 7,500 full-time employees, Musk has dismissed many contractors with important responsibilities such as content moderation and other crucial tasks. Moreover, it is believed that the demands he made on remaining employees to commit to “extremely hardcore” work resulted in hundreds of resignations, including those of software engineers.

In the aftermath of his supporters storming the Capitol just two days after Trump had urged them to fight like hell, Trump lost access to Twitter. After Trump posted two tweets that raised concerns about the legitimacy of the presidential election and the inauguration of President Joe Biden, Twitter suspended his account.

Immediately following the January 6th attack, President Trump was also banned from Facebook and Instagram, owned by Snapchat and Meta Platforms. He was also prohibited from uploading videos to his YouTube channel. The suspension of Trump by Facebook is scheduled to be reviewed in January. President Trump’s use of social media during his administration has presented significant challenges to social media platforms that try to balance public demands for information with concerns about misinformation, bigotry, harassment, and incitement to violence.

Democratic United States Representative Alexandria Ocasio-Cortez of New York tweeted a video of the January 6 protest in response to Musk’s poll on Trump. During Trump’s last time on Twitter, she added, “I guess that’s not sufficient for you to answer the question since it was used to incite an insurrection, multiple people were killed, and the Vice President almost was assassinated.”

A tweet posted by Tesla’s CEO Saturday described the new content policy as one that allows freedom of expression but does not allow freedom of reach. Those tweets determined to be “negative” or to contain “hate” will be permitted on the site but will only be visible to users who search specifically for them. In addition, Musk said that the tweets would be “demonetized,” meaning that Twitter would generate no ads or other revenue for this purpose.

There were 86.6 million Trump followers as of Sunday, though it was unclear how many were real and how many were bots. The number of followers he has is 49, and he follows 49 users. In addition, the account contained a link to a website where Trump is seeking donations for his presidential campaign in 2024. However, a connection between the website and the account was not immediately apparent, nor was it clear what the changes in the number of followers meant — mass layoffs have decimated Twitter’s communications team under Musk in recent weeks.

During his presidency, Trump reveled in using Twitter to communicate with supporters and make policy announcements. The poll, conducted on Twitter with a reach of 237 million users, received more than fifteen million votes, with 51.8% voting in favor and 48.2% voting against the reinstatement of Trump’s controversial profile. A brief statement has been included with Musk’s request that only “yes” or “no” responses be submitted regarding the statement “Reinstate President Trump.” Donald Trump posted a link to the voting on Truth Social, a Twitter alternative he created, during the voting process on Saturday.