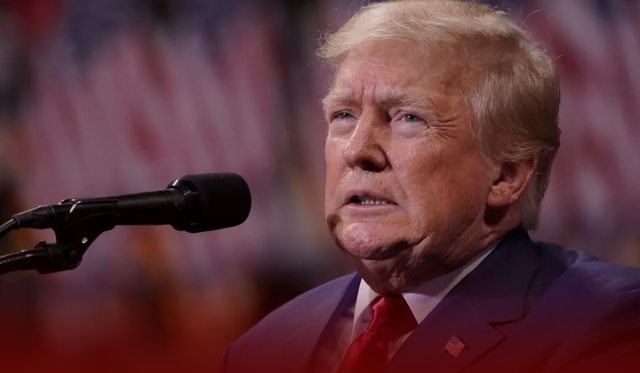 House Ways & Means Committee received six years’ worth of former president Donald Trump’s tax returns following the Supreme Court’s rejection of Trump’s appeal to keep his federal income tax returns confidential, defeating Trump’s three-year attempt to keep the tax returns confidential. Earlier on Wednesday afternoon, the IRS provided tax returns for Trump and his business entities to the House Ways and Means Committee, which had requested these returns during Trump’s tenure as President and as a candidate for President.

Following a lengthy legal battle, a congressional committee in the US House of Representatives has obtained Trump’s tax returns after his Republican opponent accused the panel of political bias.#DonaldTrump #TrumpTaxReturns #CongressionalCommittee #LegalBattle #Republican #Trump pic.twitter.com/mFOihNpDu3

A congressional inquiry into the IRS’s audits of presidential tax returns has been underway since 2019, and the Ways and Means Committee has requested the returns. However, the former President has argued that turning over the tax documents would sabotage the separation of powers, as he claims House members intend to make public his tax returns rather than use them to influence legislative action. Richard Neal, the chairman of the Ways & Means Committee, announced Wednesday that Democrats will require legal advice and will need to meet as a caucus to discuss the next steps.

Trump petitioned the Supreme Court in October to block House members from obtaining the documents from the Treasury Department considering the Washington DC Circuit Court of Appeals ruling in October. In addition, the administration of President Trump refused to provide the House committee with Trump’s personal and business tax returns in 2019.

Afterward, the committee issued subpoenas for the returns of former Treasury Secretary Steven Mnuchin and IRS Commissioner Charles Rettig. After the Department of Justice under U.S. President Joe Biden directed the Treasury Department & the IRS to turn over Donald Trump’s tax returns, Trump sued the House committee last year. He is the first U.S. president to refuse to release his tax returns.

During the 2016 presidential election campaign, Trump broke with presidential conventions by refusing to release his tax returns for public review, and they have remained private since he took office. A person under audit by the IRS may release their tax returns to the public even if they are under audit. However, Trump has continued to use it as a defense against releasing his financial records.

Dispute Between the Ways & Means Committee and Trump

In April 2019, Chairman Richard Neal requested tax records for Trump and eight of his business entities from 2013 to 2018 from the Internal Revenue Service. This dispute between Trump and the Ways and Means Committee resulted in a dispute between the two bodies. The request was made by Neal, a Massachusetts Democrat, under a federal law allowing him to request the tax returns of individuals in certain circumstances.

His purpose in requesting the returns is to determine whether the former President & his companies are complying with the tax laws and whether the IRS audit carried out by the former President was carried out “fully and appropriately.” The Treasury Department declined to comply with the request at the time, arguing that it was not for a legitimate legislative purpose. Eventually, the Democrats in the House filed a lawsuit against the IRS and the department to force them to provide tax information.

Having requested five years of income tax returns from Republican Trump and his businesses from 2015 through 2020, Neal renewed his request after the change in presidential administration and ongoing court proceedings. Furthermore, the Office of Legal Counsel at the Justice Department ruled that the committee had invoked adequate reason for requesting Trump’s tax records, reversing the analysis conducted under Trump, and the Treasury Department had to provide the records. A Treasury Department announcement indicated that Congress would receive the requested materials soon.

Trump made a second attempt to block the release of his tax records, arguing that Democrats did not have a lawful purpose for seeking his earnings and that the request was politically motivated, which violated the Constitution. Neal’s request, however, was sided with the Democrats by a federal district court that ruled that Congress was better served by studying the presidential audit program in response to Neal’s request. An appellate panel composed of three judges affirmed the lower court’s judgment.

In a 33-page ruling issued by Senior U.S. Circuit Judge David Sentelle, he rejected the former President’s claims that Democrats’ request for his tax information was unconstitutional because Democrats were seeking legislation on a subject for which legislation was possible. Sentelle wrote that, even though Congress may attempt to threaten the sitting President with invasive requests after he leaves office, every President takes office knowing that, when he leaves office, he will still be subject to all laws imposed on citizens. Our democratic republic provides this feature as a feature, not a bug.”

The entire D.C. Circuit refused to rehear the case after Trump asked to reconsider the decision. On November 3, the IRS was scheduled to disclose the former President’s financial records to the Ways & Means Committee. However, Trump requested that the Supreme Court intervention prevent disclosure. Last week, the Supreme Court dissolved the temporary stay issued by Chief Justice Roberts, which prevented their release.