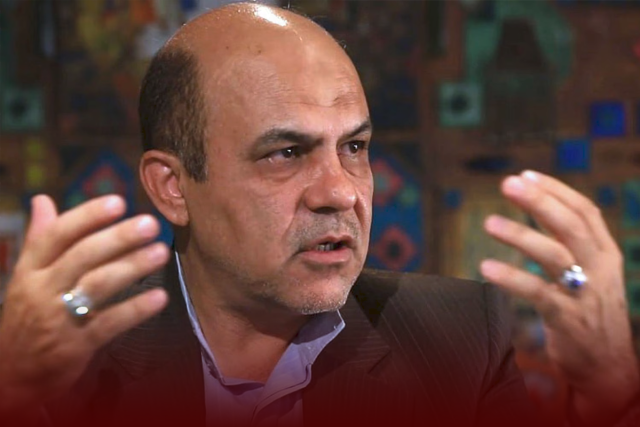 Iran has executed its former deputy defense minister, Alireza Akbari, a British-Iranian dual national on espionage charges for the United Kingdom. The judiciary’s official news agency confirmed on Saturday morning that He was executed by hanging after being convicted of “corruption on Earth” and committing acts against national security by working as a spy for British intelligence. Previously, he served as a senior defense official in Iran’s capital.

Alireza Akbari, a dual British-Iranian citizen who held a senior position in the defense ministry in Tehran, was executed by the Iranian government, which U.K. PM Rishi Sunak characterized as “a ruthless and spineless act, executed by a tyrannical government.”#alireza_akbari pic.twitter.com/rgYE7VwwTH

Iranian news service Mizan, affiliated with the judiciary, announced on Saturday morning that Akbari had been executed without specifying when the execution occurred. It had previously stated that Akbari was given the death penalty for engaging in spying activities as an agent of MI6, the United Kingdom Secret Intelligence Service. Iran has a reputation for leveling unfounded accusations of espionage when making arrests. In response to this recent execution, British Foreign Secretary James Cleverly released a statement expressing that “this will not go unchallenged.”

He further announced that the British government would summon Tehran’s chief diplomat in London to convey their strong condemnation of Iran’s actions. The British Foreign Office had previously reported that it had made efforts to secure the release of Akbari by communicating with Tehran; however, it still needed to be granted access to him. Iran does not acknowledge dual nationality.

On Friday, Vedant Patel, Deputy Spokesman of the U.S. State Department, stated that the charges against Akbari were politically motivated and that his execution would be inhumane. Earlier this week, Akbari’s wife informed the BBC’s Persian Service that he had been transferred to solitary confinement and that family members were told that any visits to him would be their final opportunity. She also mentioned that he had been held in custody for three years.

Alireza Akbari, former deputy defense minister for Iran’s reformist President Mohammad Khatami in the 2000s, played a key role in the ceasefire that ended the eight-year-long war with Iraq in 1988, as reported by Associated Press. He also spent over a decade residing in the United Kingdom. This week, Iranian state-controlled media aired an alleged confession by Akbari. However, the BBC’s Persian Service released an audio recording of him from prison in which he stated that he had been threatened with death if he did not confess.

In the recording, he said his willpower had been broken and that he had been driven to insanity by torture and psychedelic drugs during over 3,500 hours of interrogations. He also pointed out that Iran had no evidence to back the allegations against him and had acted out of revenge against the U.K. The Iranian theocratic regime has launched a severe crackdown on protesters after a series of anti-government demonstrations began in September. Tehran has killed at least four individuals in connection to the protests and has made the unfounded assertion that Western nations and Israel instigated the demonstrations.

Under the theocratic regime, the Iranian government has taken a tough stance against demonstrators after a wave of anti-government protests began in September. Tehran has executed at least four people concerning the protests and claimed without evidence that Western countries and Israel instigated the demonstrations. As reported by Iranian state-controlled media in November, another individual who holds both British and Iranian citizenship was apprehended on charges of communicating with foreign news organizations, as per Reuters.

In recent years, dissidents residing abroad have also been targeted. In August 2020, Jamshid Sharmahd, a German Iranian citizen and California resident in his 60s, was allegedly abducted during a flight layover in Dubai and transferred to Iran, where he was charged with leading a “terrorist” organization, but he denies the accusation. His daughter reports that he is facing the death penalty after being charged with “corruption on earth.” In 2019, Ruhollah Zam, a well-known exiled journalist residing in France, was apprehended and sent back to Iran after being enticed to neighboring Iraq. Like Akbari, he was found guilty of “corruption on Earth” and was put to death in December 2020.