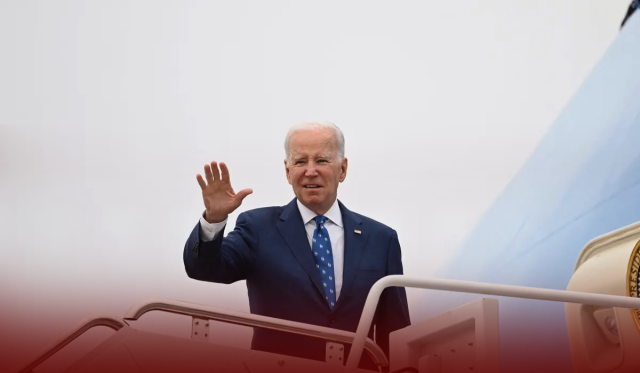 U.S. President Joe Biden has announced that he plans to visit the U.S.-Mexico border during his meeting with the leaders of Mexico and Canada in Mexico City. It will be his first trip to the border since becoming president. Biden told reporters that he wants to see “what’s going on” at the border and will make remarks about border security on Thursday.

A U.S. public health law that allows American authorities to turn away many asylum seekers has not prevented a significant increase in the number of migrants at the border. Republican leaders have criticized the president’s border security policies, arguing that they are ineffective, and have questioned why he has not visited the border yet. Biden’s renewed focus on the border comes as he gears up for a 2024 reelection campaign.

During his meeting next week in Mexico City with Mexico’s and Canada’s leaders, President Biden expects to make his first visit to the U.S-Mexico border under his administration, a trip which will be his first since becoming president.#PresidentBiden #MexicoUSBorder #Mexico pic.twitter.com/5TSf4VrrSY

His sole declared potential rival, Donald Trump, gained popularity among Republican voters with his tough stance on immigration. However, there was some positive reaction to the news on Wednesday. “I’m happy that President Biden will finally visit the southern border, which has been fully surrendered to cartels, smugglers, and human traffickers,” tweeted Sen. Lindsey Graham, R-S.C., who has opposed the administration’s policies.

Fentanyl entering the U.S. from Mexico has been a source of complaints from Republicans over border security. A bipartisan federal commission report in 2022 found that fentanyl and similar drugs are manufactured in Mexico using chemicals shipped predominantly from China. Fentanyl and other synthetic opioids produced in labs are now causing an overdose crisis that is more deadly than any the U.S. has ever experienced.

However, drug control advocates and experts argue that an anti-drug policy that relies on increased border security is dangerous and likely ineffective. These drugs can be easily transported in small, hard-to-detect quantities. On Monday and Tuesday, Mexican President Andres Manuel Lopez Obrador will host Biden and Canadian Prime Minister Justin Trudeau for an international summit on drug trafficking and immigration.

As one of his initial measures as president, Biden appointed Vice President Kamala Harris to oversee the White House’s efforts to address the migration crisis by collaborating with Central American nations to identify and address the underlying causes of the issue. Harris visited El Paso, Texas, in June 2021 but faced criticism for selecting a location too far from the areas of highest border crossings that are overburdening federal resources. Despite this, the number of migrants crossing the border has continued to grow.

Until further notice, the Supreme Court has sustained the restrictions imposed by the Trump administration, commonly referred to as Title 42 after a 1944 public health law that Biden attempted to repeal. Title 42 was invoked to prevent the Coronavirus spread, but there has been ongoing criticism that Trump used the restrictions as an excuse to seal off the border.

Biden has not yet outlined any sweeping changes to address the anticipated increase of migrants if the health restrictions are lifted. While president Biden is limited in what he can do without changes to immigration law, a bipartisan immigration bill was pushed aside shortly before GOPs took control of the House. Biden commented about the upcoming border visit during a stop in Kentucky at a highway bridge to receive federal dollars under the bipartisan infrastructure law.

Trump visited the U.S. side of the border as president several times, including one trip to McAllen, Texas, where he claimed Mexico would pay for the border wall. After Mexican leaders, including Enrique Peña Nieto, then Mexico’s president, who tweeted in May 2018, “There is no chance that Mexico will ever pay for a wall. Neither now nor ever. Sincerely, Mexico (we all),” rejected the idea that Trump insisted on early on, American taxpayers ended up covering the costs.