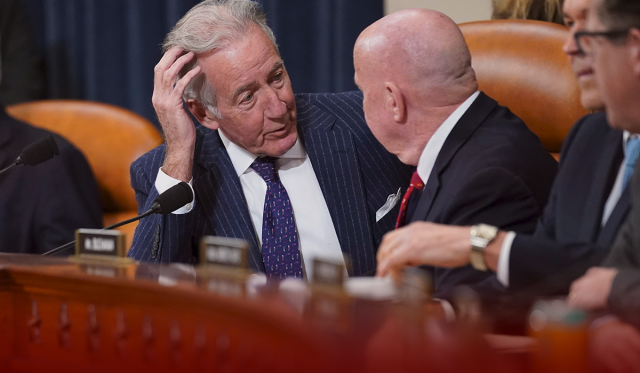 A protracted political and legal fight that began during the presidency of Donald Trump was finally ended by the House Ways and Means Committee on Tuesday when the panel voted 24-16 to release the former president’s tax returns. The Ways and Means Committee received Trump’s tax returns late last month after the Supreme Court denied the president’s last attempt to withhold them. Democrats have been pushing for more than three years for Trump’s tax returns to be made public, and the documents were provided for staff review.

A House Ways and Means Committee vote on Tuesday may deal a new blow to former president Trump, who has been embroiled in a series of scandals since announcing his third presidential bid last month.#HouseWaysandMeansCommittee #DonaldTrump #Trump #TaxReturns #TrumpTaxReturns pic.twitter.com/KOrcwrqGCP

The committee revealed after the vote that Trump’s federal returns had not been audited by the Internal Revenue Service during his first two years in office, despite a requirement for such audits. In April 2019, Congressman Richard E. Neal, chairman of the Ways & Means Committee, sent a written request for Trump’s returns. The panel reported that the IRS began its first audit on the same day, delegating most of the work to only one agent.

During his 2016 campaign, Trump claimed he could not release the records because of an ongoing IRS audit. Democratic committee members have found that Trump was incorrect in his claim that he could not do so. Congress was also urged to adopt a new law requiring the IRS to review presidential tax returns and to make some information available to the public. Separately, the Joint Committee on Taxation released a report on Tuesday expressing serious concerns about Trump’s use of deductions and his attempt to avoid paying taxes.

In an interview with CNN, Representative Lloyd Doggett, a Ways and Means committee member, stated that these returns showed that tens of millions of dollars had been claimed without adequate supporting documentation. Since the returns have not yet been released to the public, it was impossible to verify the Democrats’ allegations immediately. However, after sensitive information such as Social Security numbers has been redacted, they are expected to be released within the next few days.

Campaign officials for Trump have criticized the vote of the committee as politically motivated. Specifically, he stated that the leak of the lame-duck Democrats’ documents proves they are playing a game they are losing. Considering “if this injustice can occur to President Trump, it can also happen to all Americans without cause,” it is essential for all Americans to recognize this reality. Republicans allied with Donald Trump have warned that publicizing the former president’s tax returns after his departure would violate the separation of powers.

Representative Kevin Brady stated Tuesday morning, shortly before the Ways & Means Committee meeting started: “Our concern is neither about whether the president should have publicly disclosed his tax returns, as is traditionally done, nor about the accuracy of his tax returns.” However, this committee’s action will undoubtedly create a dangerous precedent, which could result in releasing a dangerous new political weapon that goes well beyond the former president if it is taken.

During its investigation, the Ways and Means Committee highlighted a little-known provision in the Internal Revenue Service’s internal rules that mandates that sitting presidents undergo tax audits. The panel concluded that the program had effectively ceased under the Trump administration. Since the 1950s, Congress has taken the most comprehensive steps to release Trump’s tax information.

Previously, a similar incident involving a president had not occurred since 1973, when the Internal Revenue Service turned over the tax returns of then-President Richard Nixon to a congressional committee. Democratic House members noted that the IRS delivered the Nixon tax returns on the day Congress requested them in their search for Trump documents. Nevertheless, Republican leaders denied any similarity, informing The Washington Post that Nixon was the one who requested an investigation into his tax returns, whereas Trump opposed such a probe.

However, the committee didn’t release Trump’s tax records, and its summary report reveals some striking aspects. In its report, the committee found that Trump’s and Melania’s financial status fluctuated dramatically throughout their time in the White House. The report indicates that during his first two years in office, the couple invested more than $30 million in losses but earned more than $24 million in income before running into losses again during his second year.