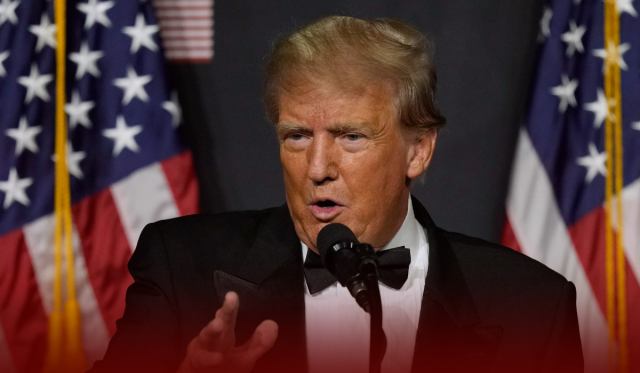 The United States Supreme Court issued a ruling on Tuesday allowing the Internal Revenue Service to release the tax returns of former President Donald Trump to a Democratic-led House committee. Despite Trump’s attempts to protect the release of his tax returns for years, the court’s decision represents a significant loss for him. In addition, he is currently under investigation for multiple offenses.

A Democratic-led House committee received Trump’s tax returns after the Supreme Court cleared the way for the Internal Revenue Service to release them. There was a major loss for Trump, who has been seeking a shield from releasing his tax returns.#TrumpTaxReturns #DonaldJTrump pic.twitter.com/i8y8skL36w

It was noted that there were no dissenting opinions. After losing at the lower court level, Trump’s legal team turned to the Supreme Court, composed of three of his nominees, to keep the content of his tax returns secret. The Chief Justice of the U.S., John Roberts, who supervises the lower court issuing the order in the Trump matter, temporarily halted the subpoena on November 1, giving the justices time to consider it.

Richard Neal, a Massachusetts Democrat who chairs the House Ways & Means Committee, requested tax returns from the IRS in 2019. However, the IRS initially refused to provide them. When the Biden administration changed its legal posture in 2021, the Justice Department was able to determine that the IRS had a legal obligation to comply with the committee’s request.

After a Trump-appointed judge ruled in favor of the House late last year, the DC Circuit Court of Appeals declined to reverse the order; the full appeals court just recently took up the case. However, the court concluded that the document request fulfilled a legitimate legislative purpose despite Trump’s claim that the stated goal was simply a pretense of concealing a political calculation.

Earlier this year, the House Oversight Committee, after previously going to the Supreme Court, settled a legal case contending that Trump’s tax information was held by his then-accounting firm. However, a new dispute between the Ways and Means Committee and Trump was brought before the Supreme Court, with Trump stating that lower courts had violated that 2020 case, referred to as Mazars, in their decisions.

Similarly to the Mazars case, the present dispute stems from a congressional demand for personal information about the President. But, again, there is a clash between rival branches over records that have great political significance for all parties involved. “Congress has never used its legislative power to demand a president’s tax returns,” Trump’s attorneys argued, warning that the Supreme Court’s decision will have “far-reaching implications.”

In response to Trump’s attempt to delay the subpoena, a lawyer for the House, Douglas Letter, argued that the court should reject Trump’s request. The letter noted that the House had conducted oversight of the IRS for more than three years regarding whether it is appropriate and impartially applying federal tax laws to presidents.

Throughout his presidency, Trump owned an extensive network of businesses, participated in international business activities, engaged in aggressive tax avoidance (as he boasted), claimed to have been subject to a “continuous audit,” and continuously referred to IRS audits of him as “unfair.”

Moreover, the US Solicitor General, who represents the Treasury Department and the Internal Revenue Service, rejected Trump’s arguments in support of the House. Instead, he emphasized that the Court of Appeals had correctly established a legitimate legislative purpose for the Chairman’s request, which passed muster under all suggested variations of separation of powers analysis, including the standard adopted by the Supreme Court in Trump v. Mazars.

The fact that President Trump refused to reveal his tax returns during the presidential campaign of 2016 was one of the first indications that he was determined to break precedent. Consequently, the Supreme Court’s decision not to prohibit the Internal Revenue Service from providing the House Ways and Means Committee access to his tax returns represented a significant loss for the President on both a personal and political level.

It is the Democratic leadership of the committee that desires to examine these returns to determine whether changes to tax laws should be made concerning sitting presidents. Presidents may be in a conflict of interest or owing obligations or have missed or underpaid taxes on such returns, which could be problematic given their power to set tax policy. An earlier court had ruled that the committee was entitled to see the tax returns for a fair legislative purpose.

Because only a few weeks remain until Republicans take over the House, it is not clear how much time Democrats will have to examine the returns and possibly change the law before the Republican takeover. In addition, it is still being determined whether the public can view the returns that Donald Trump has sought to conceal for so long.

On Tuesday, CNN‘s Erin Burnett asked Representative Lloyd Doggett, a Texas Democrat on the committee, whether the documents were subject to privacy protections. However, he added that the panel also had the option of publishing the documents publicly and that the time pressure created an additional reason to do so.