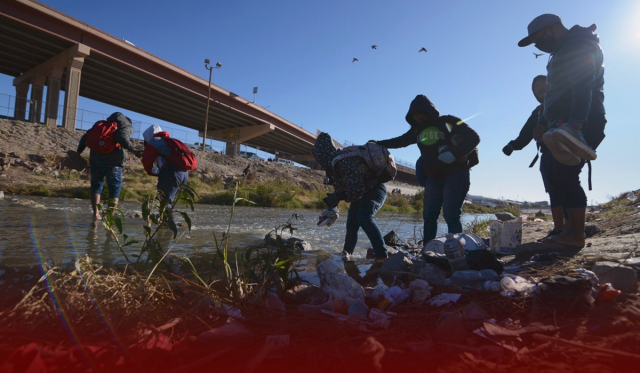 For the time being, the United States Supreme Court retains Title 42, a controversial immigration regulation that has been criticized for its denial of asylum to refugees. The court granted a request from several Republican attorney generals on Tuesday for the court to review whether the states may challenge the end of Title 42. Upon expiration of the policy in mid-December, there were fears that immigration to the United States would increase.

US Supreme Court was considering earlier this week whether 19 states may challenge the end of a pandemic-era order that allowed US authorities to swiftly expel migrants at the border between the United States and Mexico.#Title42 #Title42Policy #Mexico #pandemic #migrants pic.twitter.com/ZhroQx6mpo

Title 42 will continue to exist indefinitely, stifling rights groups’ hopes that it will be overturned as outlawed and arbitrary. “The American Civil Liberties Union (ACLU), which has fought to terminate Title 42, expressed its deepest disappointment for all the desperate asylum seekers who will continue to suffer as a result. However, they will continue to work tirelessly to end Title 42 as soon as possible.

According to Title 42 of the U.S. Code, enacted in 1944, the government has the right to ban foreigners from entering the country if they could spread infectious diseases. At the height of the Coronavirus pandemic in March 2020, then-President Donald Trump invoked the policy. Title 42 has been used by U.S. officials to expel around 2.5 million asylum seekers, preventing them from entering the country at the US-Mexico border.

A longstanding goal of the former administration was cracking down on migration under the guise of public health, according to immigrant rights groups. Furthermore, the policy has been criticized for its dubious effectiveness in combating the spread of the virus. The policy was withdrawn last April by US health authorities. Judges and officials affiliated with the conservative movement have warned that the end of Title 42 will result in an increase in border crossings.

President Joe Biden has been fighting to roll back the policy for the last some months. Title 42 remained in effect under the Biden administration until a federal court ruled in November that it must be discontinued. Title 42’s expiration date was set to December 21, giving the Biden administration five weeks to prepare for its policy transition. The Supreme Court blocked any change to the policy just days before it was scheduled to expire while it considered whether to take up the matter.

Currently, the case will be heard by the Supreme Court in February, setting up another legal battle between conservative politicians and groups like the ACLU. In addition to arguing the policy is no longer necessary, the ACLU claims it violates international asylum law due to improvements in Coronavirus treatments. Meanwhile, conservative groups believe that ending Title 42 will cause the government to be overwhelmed by immigration, causing an “unprecedented calamity.”

Title 42 was cited as a rationale for more than 2.5 million expulsions between March 2020 and March 2021, according to the International Rescue Committee. The organization also argued US border policies had contributed to the growth of migration routes through the region. When the Coronavirus pandemic began under the Republican former President Donald Trump in March 2020, Title 42 was implemented for the first time.

Although he vowed to overturn Trump’s hardline immigration policies, Democratic President Joe Biden maintained the restrictions after taking office in 2021. Over 2.2 million migrants were apprehended by US Border Patrol agents along the southwest border in the fiscal year that ended September 30. The Title 42 expulsion rate is close to half for those who are arrested. Following U.S. health officials’ announcement in April that Title 42 was no longer needed to prevent Coronavirus outbreaks, the Biden administration sought to remove it; however, a federal judge in Louisiana – appointed by Trump – blocked them.

Lucero, who serves as Director of Migration Affairs in Tijuana, said Title 42’s continued existence was absurd considering a large number of U.S. asylum seekers in the city. “At some point, this measure must be eliminated,” he said. Asylum seekers argued that they would be vulnerable to kidnapping and assault if expelled to Mexico, according to a lawsuit filed on their behalf by the American Civil Liberties Union. On November 15, US District Judge Emmet Sullivan ruled that Title 42 is unconstitutional in that case and sided with the migrants.

A former Democratic presidential appointee, Sullivan said the government had not demonstrated that migrants could spread Coronavirus. In addition, Sullivan claimed that Title 42 would cause harm to asylum seekers. To make sure migrants could request asylum once again at the border as they did prior to the pandemic, Biden wanted time to prepare. A deadline of December 21 had been set by Sullivan.

The Republican state attorneys general opposed the lower court’s decision and sought to intervene to continue defending the policy. On December 16, a federal appeals court denied the case’s request to intervene in Sullivan’s case. Their appeal was then taken to the Supreme Court. Republican Arizona Attorney General Mark Brnovich is in charge of defending Title 42. It is the willingness of the administration of President Biden to sacrifice family safety that causes him to be disappointed.