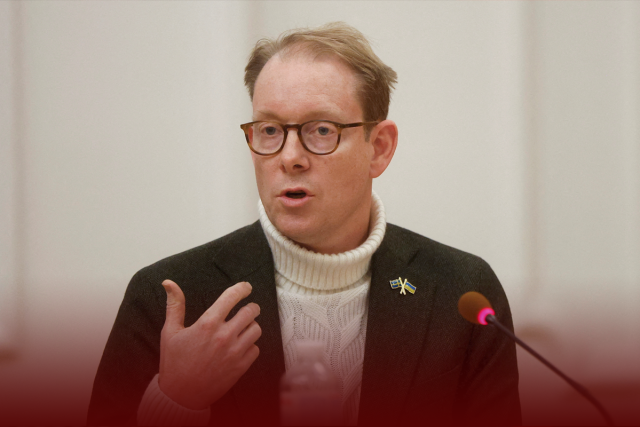 In response to a demonstration in Stockholm where an effigy of President Tayyip Erdogan was hung from its feet, Turkey has summoned Sweden’s Ambassador to Ankara, Staffan Herrstrom. The Ambassador was called to the foreign ministry on Thursday, where the Turkish government conveyed its reaction to the event, according to a source from the Turkish diplomatic corps.

In response to a demonstration held in Stockholm in which a puppet of President Tayyip Erdogan was hung from its feet, Turkey summoned the Swedish ambassador to Ankara on Thursday, a diplomatic source informed.#Turkey #Sweden #SwedishAmbassador #Ankara #summoned #TayyipErdogan pic.twitter.com/zi1Bin56oF

Sweden has been working to gain Turkey’s support for its application to join NATO, submitted following Russia’s invasion of Ukraine in the previous year. Turkey has stated that Sweden needs to adopt a more definitive position against the Kurdistan Workers’ Party (PKK) and the People’s Protection Units (YPG), which Turkey considers an offshoot of the PKK operating in Syria.

Ankara has recognized the People’s Protection Units (YPG) and the Kurdistan Workers’ Party (PKK) as “terrorist” entities, whereas Sweden, as a member of the European Union, only deems the PKK as a “terrorist” group. In 2022, to overcome Turkey’s objections to their NATO membership, Finland and Sweden entered into a three-way agreement with Turkey.

The Turkish diplomatic source stated that the expectation is that the individuals responsible for the incident will be identified, the necessary processes will be carried out, and that Sweden will fulfill its promises. The foreign ministry of Sweden confirmed that the Ambassador was summoned to the FM in Turkey but did not disclose the details of the conversation.

Previous Summon and Turkish Objections to Protests in Stockholm

Previously in October, Ambassador Herrstrom was summoned by Turkish authorities over an airing of “insulting content” related to President Erdogan on Swedish public service television. Turkish authorities have raised concerns about protests in Stockholm, with President Erdogan stating that members of the PKK shouldn’t be allowed to parade in Sweden.

“Footage shared by pro-government Turkish media outlets on Thursday showed an alleged protest by PKK members in which they hung an effigy of President Erdogan outside Stockholm city hall, with a very low number of protesters visible. The Swedish Foreign Minister, Tobias Billstrom, condemned the incident but did not specify any country.” On Twitter, he said that the government upholds the right to open discussion and political choices, but it clearly distances itself from any threat or hateful actions toward political figures.

The 🇸🇪 Government safeguards an open debate on political choices, it strongly repudiates threats and hate directed towards political representatives. The portrayal of an executed elected President outside City Hall is deplorable.

Turkey will Approve its NATO Bid

The Prime Minister of Sweden said on Sunday that Stockholm is hopeful that Turkey will approve its bid to join NATO but will not meet all the conditions Ankara set. The Turkish Presidency’s Communications Director, Fahrettin Altun, stated on Twitter, “the fact that PKK terrorists can challenge the Sweden administration in the heart of Stockholm is proof that the Swedish authorities have not taken necessary steps against terrorism.

The Kurdistan Workers’ Party has been engaged in an armed rebellion against the Turkish government since 1984, resulting in the deaths of tens of thousands of individuals. On the other hand, the People’s Protection Units is the primary force in the Syrian Democratic Forces, supported by Western countries in fighting against Iraq and the Levant, causing tensions with Turkey.”

Read Also: NATO to Sign Accord Protocols for Finland & Sweden