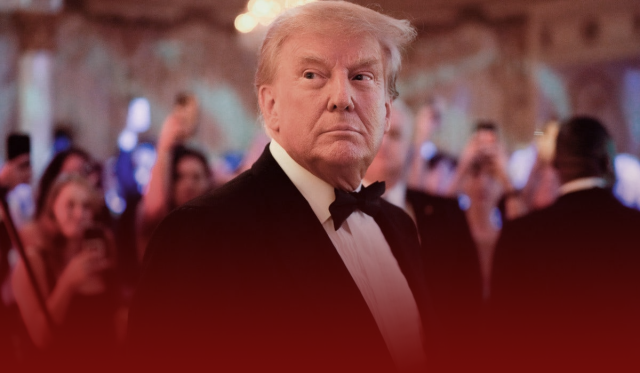 On Friday, Democratic members of Congress made public six years of Donald Trump’s tax returns, revealing information the former president had long sought to keep private and dealing Trump another setback as he navigates his bid for the White House in 2024. Earlier this month, the Supreme Court settled a long-running dispute between the Republican former president and Democratic lawmakers on Trump’s redacted returns from 2015 to 2020. The release by a Democratic-controlled House committee ended a multi-year legal battle between the Republican former president and Democratic lawmakers.

Trump’s tax returns were released on Friday by the House Ways and Means Committee, another setback for the former president and presidential candidate for 2024, under investigation on multiple federal and state levels.#TrumpTaxReturns #DonaldTrump #Trump #HouseCommittee pic.twitter.com/O2YpbeW5TF

Moreover, the release contained only the returns themselves. Trump retaliated by warning of dire consequences and solicited campaign contributions. It is anticipated that the information regarding Trump’s tax returns will be available for an in-depth investigation by members of the media, independent tax experts, and others in the run-up to the 2024 presidential election, which could shed light on his wealth, the performance of his business, and how he reduced his tax liability.

The nearly 6,000 records include more than 2,700 pages of Trump and Melania Trump’s tax returns and more than 3,000 of Trump’s business returns. In his first presidential bid and subsequent administration, Trump’s income and tax liabilities fluctuated dramatically from 2015 to 2020. They had to pay income taxes for several years, even though they incurred large losses and deductions.

IRS Broke its Own Rules

The first presidential candidate not to release his tax returns for decades is Trump, a businessman who held public office in the United States for the first time in 2017. However, the Supreme Court ruled in favour of the committee when he sued to keep them private. Based on the committee’s findings last week, it has concluded that the Internal Revenue Service violated its own rules by not auditing Trump during three out of four years during his presidency.

Upon reviewing our findings, it transpired that the IRS had not begun its mandatory audit of the former president until I made my initial request,” said Richard Neal, chairman of the House Ways and Means Committee. The first request for the returns was made by Neal in 2019, claiming that Congress required the returns to decide whether and when to pass legislation regarding presidential tax returns.

The impeachment of Trump by the Democratic-led House was followed by the Senate’s acquittal both times, and the president now faces multiple legal difficulties as he seeks reelection in 2024. According to the House committee investigating the incident, several crimes have been filed against him because of his involvement in the deadly riots on January 6, 2021. The charges include obstruction of justice and insurrection.

Trump stated that “the Democrats should never have done it, the Supreme Court should never have approved it, and it will result in terrible consequences for many people.” He added, “The great divide in the USA will only worsen as the Radical Left Democrats weaponize everything. But don’t forget, this is a dangerous two-way street. The House committee’s top Republican, Representative Kevin Brady, warned that future committee chairs would have “nearly unlimited” authority to make public tax returns of private individuals, including those of “political enemies”.

In the long run, this will make American politics even more divisive and disheartening, and it will reflect poorly on the Ways and Means Committee and Congress. Brady stated that Democrats would regret the decision in the long run. Trump failed to pay any income tax in 2020, the last year of his presidency, despite earning millions of dollars through his vast business empire.

His sprawling empire of businesses earned Trump millions of dollars in the final year of his presidency, but he failed to pay income taxes. Due to October’s midterm elections, Democrats were in a hurry to find a way to handle the returns once they obtained them. Republican control of the House is expected to take place on Tuesday after the party won a slim majority. Democrats controlled the House and passed a bill before going on winter break mandating the IRS audit presidents’ income tax returns within 90 days of being sworn into office.