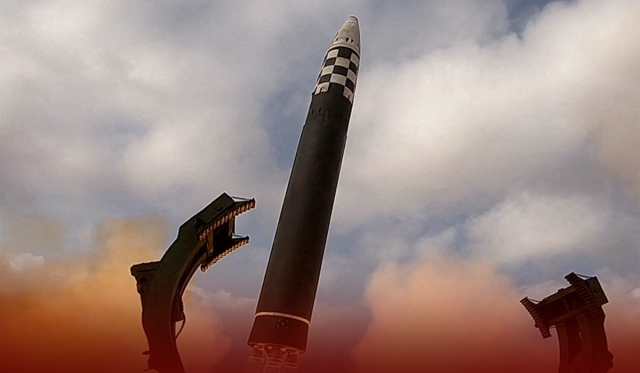 The United States, Japanese, and South Korean sanctions have been imposed on officials connected to the illicit weapons program of the North Korean government. In a statement released on June 27, Washington stated that Pyongyang’s ballistic missiles pose a grave threat to the region and the entire globe. In addition, the US Treasury Department released a list of individuals designated for sanctions in April by the European Union on Thursday. These individuals include Jon Il Ho, Kim Su Gil, and Yu Jin.

In addition to freezing any assets held by individuals in the US, the sanctions bar all transactions with them, but they appear to be largely symbolic. Besides Singaporean and Taiwanese citizens, the South Korean foreign ministry announced sanctions against eight entities and seven other individuals. The ministry reported that these countries are already subject to severe sanctions imposed by the United States between January 2018 and October 2022.

Moreover, the foreign ministry of Japan announced the designation of three entities and an individual for new sanctions. One of the entities designated for new sanctions is Lazarus Group, suspected of being responsible for cyberattacks. Several recent attempts by the United Nations to slap additional sanctions on North Korea have been blocked by China and Russia, who have called for an easing of sanctions until talks are restarted, and humanitarian harm is avoided. The result has been that Washington has been left to focus its attention on trilateral efforts with Japan, European partners, and South Korea.

N Korea tested an intercontinental ballistic missile on November 18, part of a record-breaking spate of over 60 missile launches this year, resulting in the latest sanctions. In addition, the country has suspended nuclear weapons tests since 2017. The Secretary of State of the U.S., Antony Blinken, expressed concern that the tests posed a threat to global security and said that the latest punitive measures underscore the new administration’s commitment to promoting accountability for the pace, scale, and scope of Pyongyang’s missile launches.

It is said that the missile tests demonstrate the importance of all countries implementing UN Security Council resolutions, which are intended to contain North Korea from developing its nuclear and ballistic missile capabilities by providing them with the technologies, materials, and revenues they need. According to the report, Yu Jin and Jon Il Ho served as directors and vice directors of North Korea’s Munitions Industry Department, respectively, and played key roles in developing weapons of mass destruction (WMD).

In its report, the Korean People’s Army said Kim Su Gil was the director of the General Political Bureau from 2018 to 2021 and was responsible for overseeing the implementation of WMD-related decisions. South Korea’s foreign ministry reported on Sunday that the latest move was part of a stern response to the growing threat posed by North Korea concerning nuclear and missile technology. US-led sanctions have not been able to stem the development of sophisticated missiles and nuclear weapons by North Korea for decades.

“The efforts to target senior North Korean officials who are involved in the development of WMDs and missiles, as well as partnering with South Korea and Japan, are important, but they are insufficient and symbolic responses to over sixty missile tests, including eight ICBM tests,” Anthony Ruggiero, the former US president who led the sanctions efforts against North Korea.

“Pyongyang’s revenue should be sanctioned, and Kim Jong Un should be forced to make difficult strategic decisions,” he recommended. Jake Sullivan, the US National Security Advisor, stated earlier that Washington hoped to obtain North Korea’s agreement by using pressure and diplomacy.