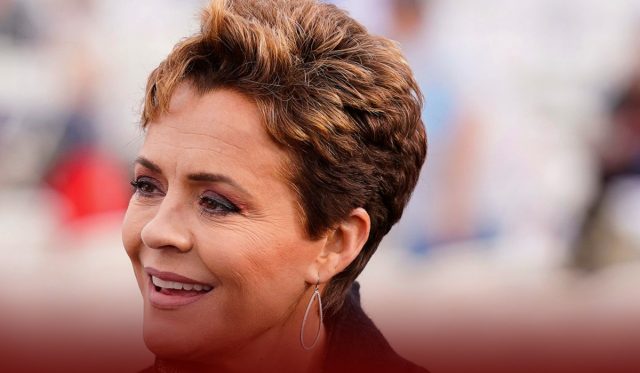 The leading candidate in the GOP primary for Arizona governor, Kari Lake, criticized the rising cultural influence of drag queens, taking advantage of the latest social grievance on the right. However, one of the most famous drag performers in Phoenix, Richard Stevens, criticized her over the weekend by saying she was a hypocrite who frequented his performances.

A Republican candidate for Arizona governor, Kari Lake, has voiced criticism of the country’s growing drag queen culture. However, one of the most popular drag performers in Phoenix slammed his comments over the weekend.#DragQueen #GOPcandidate #ArizonaGovernor #DragQueenCulture pic.twitter.com/mgZ8nmndKv

According to Stevens, who performs as Barbra Seville, the former TV news anchor, Lake regularly attended drag shows and hired him to dress as Marilyn Monroe at a private party. Stevens posted screenshots of his conversations with her on his social media handles and photos of Lake posing with drag queens.

The following day, Stevens responded by taking the social media platform to express that he had performed for her and her family. Further, he added that he met her children, has been in her home, and has her personal phone number and Facebook account. On Monday, Stevens told the Associated Press that he stayed even though he disagreed with Lake’s far-right campaign; he maintained contact with her and privately defended her. Further, he added that this hypocrisy bothered him when she came after drag queens.

Stevens expressed that he was personally offended by her tweet. He said that he initially met Lake in the late 1990s when he performed regularly at a gay bar near the KSAZ-TV studios, where he was an evening anchor. He added that she would ask him for sources to discuss matters affecting the lesbian, gay, bisexual, and transgender (LGBTQ) community, and he usually appeared on Fox 10 broadcasts.

On Sunday, the campaign published a statement on Twitter to condemn the media for reporting the dispute and threatening to take legal action against Stevens for defamation. Furthermore, the statement said that, like most sensible individuals, Lake harshly opposed grown men or women dancing seductively for kids, especially at the taxpayer’s expense. Russ Trumble, a spokesman for Lake, denied commenting further Monday by saying it is a legal matter.

It is truly disgusting that this even has to be addressed, but adults should not undress in front of children or sexualize them in any way.

The Media is the Enemy of the People. And frankly — the right hand of the Devil.

Lawmakers in many U.S. states introduced bills to ban kids from drag shows, and Republican Arizona Senate leaders say they have plans for similar legislation. On the other hand, Steven noted that drag existed forever. He has been doing the drag character longer than Kari has been a GOP representative.