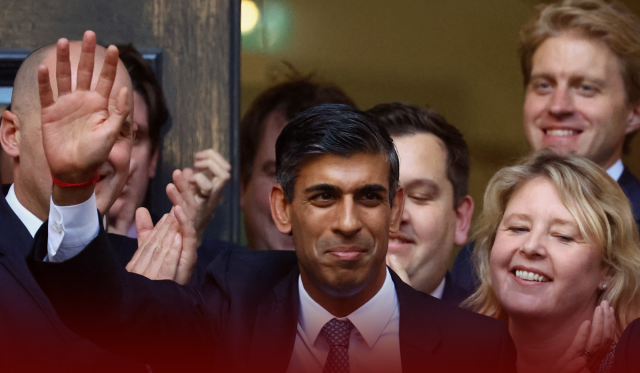 A new prime minister will be appointed in the United Kingdom on Tuesday after months of political fever. Rishi Sunak, a former finance minister and hedge fund manager, a forty-two-year-old richer than the royals, will be tasked with overcoming the harshest economic headwinds in a generation, including some of his own creation.

It is expected that Rishi Sunak will become the next Prime Minister of the United Kingdom within the next few hours. Sunak has issued a call for unity in the face of a “profound economic challenge.#RishiSunakPM #UK #Sunak #UnitedKingdom #PMSUNAK #PrimeMinister #UKPrimeMinister pic.twitter.com/b1mrvarQQ9

On Monday, the Conservative Party leadership victory of Sunak, a practicing Hindu of Indian descent, coincided with the Diwali festival, marking a moment of jubilation among many with South Asian heritage in Britain. He will be the first person of color to hold this position. Sunak’s rise to the top of the government is of particular significance for a country that has sometimes struggled to deal with the legacy of its colonial past.

India was under British rule for almost a century, from 1858 to 1947, and many British citizens were born there or are descendants of immigrants from the former empire. It celebrated Sunak in Southall, a part of west London often called Little India because of the large Indian diaspora. Many residents of Southall support the Labour Party in opposition, however.

In the unlikely event that Rishi Sunak ever imagined himself as premier on Diwali day, you could hardly place any bets on it. But, Davinderpal Singh Kooner, 67, a dentist outside of a temple while young children were lighting candles, said, “the idea is wonderful.” “It is a historical event to have an Asian Prime Minister,” he declared, pausing to watch the fireworks display above his head in a flash of red. “It marks a pivotal moment in the politics of this country.”

Upon assuming power, Rishi Sunak will become the next PM of the United Kingdom within hours. He has called on the nation to unite in the face of a “profound economic challenge.” The Conservative leadership contest resulted in his victory over Penny Mordaunt after she failed to obtain sufficient support from MPs. He stated that his “utmost priority” would be bringing his party and the U.K. together in the first speech.

The White House Press Secretary has confirmed that U.S. President Joe Biden plans to phone Sunak after he meets with the King to express his congratulations. Sunak will become the third Prime Minister of the Conservative Party since the party won the last general election in 2019 – resulting in a call for an early election by Labour. According to Simon Hoare of the Conservative Party, he made his remarks behind closed doors and warned Tory MPs that this would be a difficult time.

Iain Duncan Smith, the former Tory leader who backed Liz Truss in the leadership contest, said that continued internal divisions would be “extremely dangerous.” “It is time for us to re-assess our governance and make the right decisions,” he told BBC Radio 4.

A spokesman for the Foreign Ministry said that the Chinese government wants to “advance ties with the U.K.” under Sunak. Additionally, he expressed the hope that they will be able to work with the United Kingdom side based on mutual respect and win-win cooperation, thus further advancing China-U.K. relations.

There has been no comment from President Zelensky concerning Sunak’s victory. However, Oleksandr Kornienko, the First Deputy Chairman of the Ukrainian parliament, welcomed Sunak as a “colleague.” Moreover, he added, “I congratulate the people of Great Britain on their restoration of political stability following a period of turbulence.”

Read Also: Johnson Withdrew from the Next Prime Minister Race