United States President Donald Trump in a new controversial move has commuted the sentence of his former adviser Roger Stone. The decision came just after the Washington DC Court of Appeals denied former Trump aide’s request to postpone the start date of his prison term of 40 months. Mr. Stone was convicted on the charges of obstruction, lying to Congress and witness tampering.

He was the 6th Trump aide punished for allegedly colluding with Russians to rob the mandate for Mr. Trump in 2016 General Elections. The 67-year old who was trapped in a justice department probe was due to report to a federal prison in Jesup, Georgia, next Tuesday.

In a statement issued by WH, the President said: “Roger Stone is a victim of the Russia Hoax that the left and its allies in the media perpetuated for years in an attempt to undermine the Trump presidency.”

It added that the Department of Justice prosecutors under special counsel Robert Mueller out of frustration hatched a conspiracy against Stone but didn’t provide the evidence to prove the fantasy that the Trump campaign had linked with the Kremlin.

“This is the why the out-of-control Mueller prosecutors, desperate for splashy headlines to compensate for a failed investigation, set their sights on Mr. Stone,” said the statement.

WH administration also claimed that the FBI had tipped out CNN about their pre-dawn raid on Stone’s home mentioning that the anti-Trump network’s staff already there was fully prepared to film the arrest scene.

“Roger Stone has already suffered greatly,” the statement. Said. “He was treated very unfairly, as were many others in this case. Roger Stone is now a free man!”

The Republican President had earlier on Thursday night interview on Fox News given a signal for Presidential pardon to his former advisor. 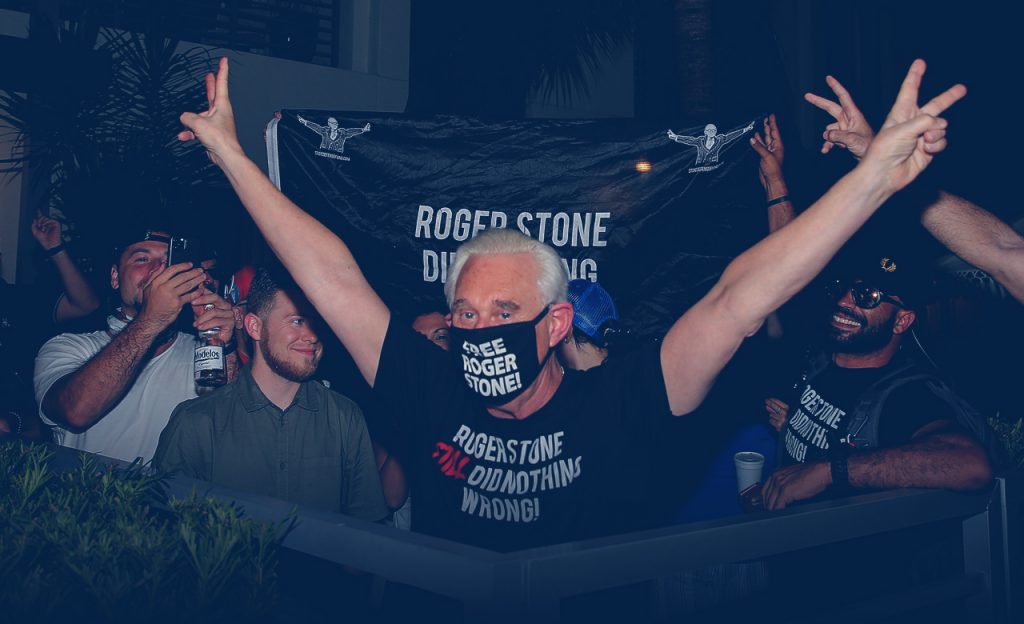 Stone while talking to Associated Press news agency said the President had called him earlier on Friday and told him about his help through reprieve. The former aide said he along with his friends was celebrating and drinking champagne in Fort Lauderdale Florida.

“With this commutation, Trump makes clear that there are two systems of justice in America: one for his criminal friends and one for everyone else.”

Another Senor Democratic policymaker, Senator Elizabeth Warren said that Trump through this clemency has once again proved he is most corrupt Premier in the American history.