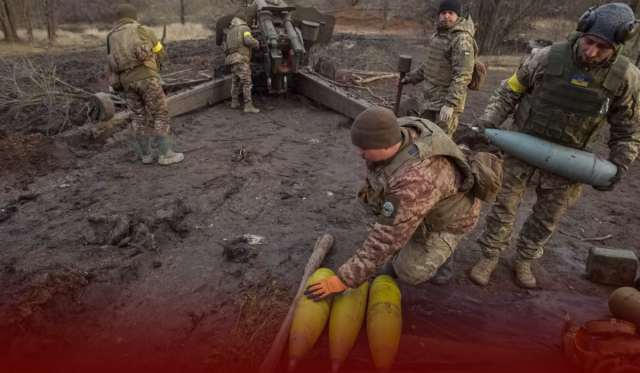 According to Moscow, a devastating missile strike on New Year’s Day in Ukraine’s Donetsk region has reportedly left dozens of Russian soldiers dead. The attack could signal a significant shift in the conflict, as it is one of the most lethal assaults on Russian troops since the beginning of the invasion. Although they did not publicly take credit for the attack, Ukrainian military officials reported that at least 400 soldiers were killed and 300 others were injured in the strike in Makiivka, a city in eastern Ukraine under Russian control.

Russian nationalists and some members of parliament have demanded that commanders who they claim neglected dangers be punished, as anger increases over the killing of many Russian soldiers in one of the deadliest attacks of the Ukraine conflict.#UkraineRussiaWar #Russia #Ukraine pic.twitter.com/6uKgOlnpMt

On the other hand, Russia’s Defense Ministry stated that the death toll was only 63. In a Telegram message, the Ukrainian Department of Strategic Communications of the Armed Forces gave few specifics but sarcastically implied that the incident was caused by “the careless handling of heating devices, neglect of security measures and smoking.” Although Moscow authorities and pro-Kremlin social media influencers on Telegram admitted that the attack occurred, they offered conflicting and ambiguous reports on the number of casualties.

According to Russia’s Defense Ministry, the Ukrainian military was responsible for the strike, using four long-range missiles from United States-provided High Mobility Artillery Rocket Systems. The ministry claims that two of these missiles were shot down. In a message on Telegram, Daniil Bezsonov, a high-ranking Moscow-supported official for the area, reported that a Ukrainian missile hit a vocational school in Makiivka, serving as temporary housing for soldiers, at around midnight on New Year’s Day.

Bezsonov reported that the vocational school suffered a significant impact from an American MLRS Himars missile. The extent of the damage and the number of dead and wounded remains unclear. Sladkov reported that the building struck was being used to accommodate recently mobilized Russian conscripts. The attack has reignited criticism of Russia’s military leadership, with prominent commentators citing it as the latest example of their incompetence.

Girkin, a controversial figure who played a leading role in the separatist movement in Donbas in 2014 and regularly voiced his critiques of Russia’s military strategy, reported that the building was severely damaged, with stored ammunition contributing to the destruction. “In a message on Telegram, Girkin reported that “many hundreds” had been killed or injured and that others were still unaccounted for under the rubble. He also stated that “almost all” of the military equipment had been destroyed, which was situated next to the building with no attempt at camouflage.

Social media was flooded with several photos & videos showing the wreckage of the building, with firefighters sifting through the debris. The Russian-supported administration reported that a minimum of twenty-five rockets were fired at the area during New Year’s Eve into the early morning hours. The attack in Makiivka represents a rare instance of Moscow openly admitting to significant losses. Last May, Ukraine’s military command and Western intelligence sources reported that a Russian battalion and numerous military vehicles were almost completely wiped out by Ukrainian artillery while trying to cross a pontoon bridge on the Donets River in eastern Ukraine.

Before/after photos of the school building in Makiivka where Russia had stationed mobilized troops from the Saratov region, Russian telegram channels report. At midnight on NY, Ukraine destroyed the building – killing an unknown number of Russian troops – with a volley or HIMARs. pic.twitter.com/44ZL1HigQ8

In August, Ukraine reported that it had hit a base in the southern, Russian-occupied city of Melitopol that was being used by mercenaries from Russia’s infamous Wagner paramilitary group. On December 11th, Serhiy Haidai, Ukraine’s governor for the Russian-occupied Luhansk region, stated that a hotel in the eastern town of Kadiivka was being used as a base for Wagner soldiers and was also targeted. Moscow did not publicly admit to any of the three alleged invasions.

The attack on Makiivka also follows a surge in reported attacks on targets deep inside Russia. On Sunday, a reconnoitering drone was said to have been shot down over Voronezh in southwest Russia, and the governor of the Belgorod region reported that the village of Vyazovoe had “come under fire” on Monday. In the past month, three separate drone attacks targeted a Russian military air base in Engels, three hundred miles from the Ukrainian border, with three Russian service members killed in one of the attacks.