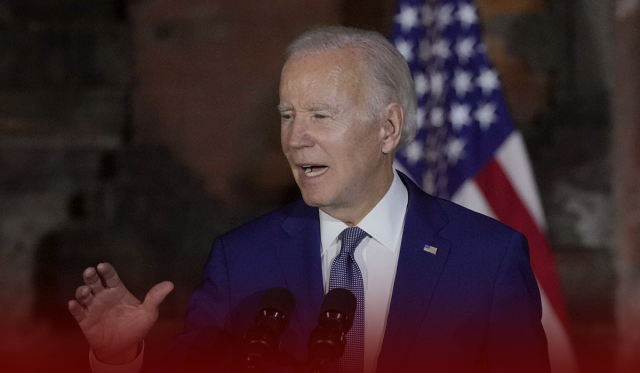 On the verge of approving a declaration that denounces Russia’s invasion of Ukraine, which has devastated Ukraine and roiled the global economy, most of the world’s economic powers agree. Even China, which has been reluctant to censure Russia until now, and India, which purchases Russian weapons, have provided positive support. U.S. President Joe Biden and Ukrainian Leader Volodymyr Zelenskyy issued a joint statement on Tuesday demanding an aggressive response to Russian threats and food embargoes.

There was more discussion and a potential vote held at the summit on Wednesday. The meeting was unusually eventful, even with the arrival of Cambodian Prime Minister Hun Sen, who tested positive for COVID-19 and had to return home. The results of the test were not reported for any other leaders. Although there are differences of opinion among the members of the Group of 20, a draft declaration by the leaders of the Group of 20 condemns Russia’s war on Ukraine in a similar manner to the United Nations.

In this carefully worded statement, the U.S. and its allies reflect tensions that prevailed at the summit, which included Russian and Chinese leaders, and the challenge they are facing in isolating the Russian government of President Vladimir Putin. Naturally, many nations wish to avoid becoming embroiled in antagonisms between the largest countries. Even so, if adopted in its current form, the declaration would represent a strong rejection of the war that has resulted in the casualties of thousands of people, heightened global security tensions, and impacted the global economy in numerous ways.

In the March U.N. resolution, China and India abstained from condemning Russia’s aggression, which would constitute a significant development. Associated Press reported Tuesday that the draft statement “deplores the aggression of the Russian Federation in the strongest terms” and “demands that it withdraw completely and unconditionally from the territory of Ukraine.”

In its statement, the G-20 notes that there are differences of opinion regarding the situation with Russia and the sanctions against it. However, it emphasizes that the G-20 is not the appropriate forum for resolving security issues. In a statement, U.S. National Security Adviser Jake Sullivan condemned the latest attacks launched by Russia in Ukraine. “At a time when world leaders are preparing for the G-20 summit in Bali to discuss issues important to the lives and livelihoods of people globally, Russia continues to undermine Ukrainian infrastructure and threaten lives,” he reported.

In place of President Putin, Sergey Lavrov, the Russian Minister of Foreign Affairs, strongly condemned the condemnation of Moscow issued by the Biden administration. According to Lavrov, all the difficulties stem from the Ukrainian side, which categorically refuses to hold any discussions and proposes unrealistic and insufficient conditions concerning the current situation.

During the past two years, the Coronavirus pandemic has been another large problem for the global economy. Other than the Cambodian prime minister, there were no reported cases at the summit. Still, many leaders had attended meetings with him at the ASEAN summit a few days earlier in Cambodia.

Biden could not attend the evening gala hosted by Indonesian President Joko Widodo on Tuesday evening for unspecified reasons. However, White House officials reported that Biden sent his regrets to Widodo and will participate in a tree-planting event planned with fellow G-20 leaders on Wednesday. It had been a full day for the president, said the official, who spoke anonymously, but assured that Biden’s absence had nothing to do with COVID-19.

Despite financial concerns that have tested the resolve of many nations, Zelenskyy delivered a video address at the G-20’s central business meeting. He urged the Group to reduce economic and diplomatic ties with Russia. Several countries have imposed sanctions on Russia in response to Russia’s involvement in the war due to high inflation and a slowing economy. In addition, the high cost of energy and food has adversely affected the performance of businesses globally as much of Europe prepares to go through the winter without importing Russian natural gas.

In an ominous tone, Indonesia’s Widodo stated, “The world will have difficulty moving forward if the war does not end.” A total withdrawal of Russian troops and the restoration of full control of Ukrainian territory were the ten conditions that Zelenskyy reiterated for ending the conflict that began in February. Following Ukraine’s recent counteroffensive, which forced Moscow to withdraw some forces from occupied territory, he spoke just days after the city of Kherson was retaken by Russian troops.

During the summit, Biden met with Turkish President Recep Tayyip Erdogan, who helped broker a deal for Ukrainian grains to be exported to the international market to alleviate global food shortages. A brief meeting with Indian Prime Minister Narendra Modi was also conducted by Biden, whose cooperation is essential to achieving a US-sought price cap on Russian oil to limit Moscow’s ability to use its profits to invest in its defense infrastructure.

Due to U.S. export controls and other sanctions imposed in response to Russia’s invasion, the Russian military does not have access to key technologies. It cannot resupply with weapons such as drones and artillery. Despite Beijing’s avoidance of direct support for the Russians, such as the provision of arms, Chinese officials have avoided expressing public criticism of the Russian war.