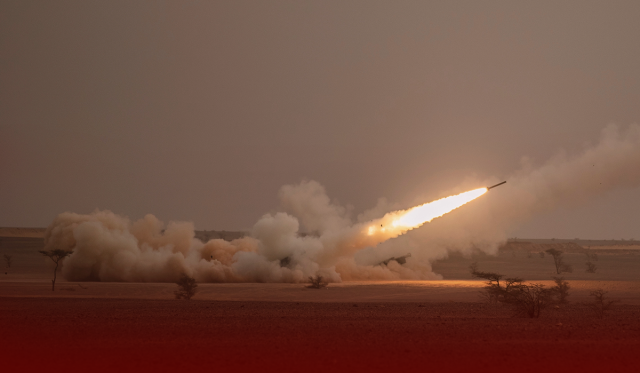 The United States House of Representatives passed a $45 billion military aid package for Ukraine on Friday as Ukrainian President Volodymyr Zelensky warned residents that Russia might launch attacks over the holidays. The Democratic-controlled House passed the aid measure, which was part of a $1.66 trillion government funding bill approved by the Senate a day earlier. President Biden will now sign the measure into law.

An aid package worth $45 billion was approved by the American House of Representatives on Friday. Having passed the Senate a day earlier, the measure now goes to President Joe Biden for his signature. It was part of a $1.66 trillion government funding bill.#AidPackage #Ukraine️ pic.twitter.com/iuwGxYaqik

Zelensky thanked Republicans and Democrats in a tweet for supporting Ukraine in its struggle, saying it is “crucial” that Americans stand “side-by-side” with Ukrainians. However, this military and economic assistance would be in addition to the $50 billion aid the Ukrainian government is expected to receive this year and the Western sanctions on Russia that now include a price ceiling for Russian oil.

Thank you @POTUS. It’s an honor for me to visit 🇺🇸, to address the 🇺🇸 people and Congress, to meet with the leader of the country that helps us stand. And win! This visit showed our countries stand together on the side of good, democracy and justice. Creating the future together! https://t.co/Kefewl66nr

Thousands of Americans were Left Without Power, Water, and Heat

In response to the cap, Russia has threatened to halt oil sales to countries that support the cap early next year to cut its output by 5%-7%. In addition, the United States has pledged to provide a Patriot surface-to-air missile battery to Zelenskiy as support for his hard-pressed air defenses because of his trip to Washington, his first trip outside of Ukraine since the Russian invasion on February 24.

In recent months, Russian missiles and drone attacks have targeted civilian infrastructure, including Ukraine’s power grid, which has prompted him to seek Patriot missiles to help counteract this attack. As a result, thousands of people have been left without power, heat, or water as the temperature plunges below zero degrees Fahrenheit. During their White House meeting on Wednesday, Biden promised Zelenskiy a Patriot battery, but the U.S. government says it won’t impact the conflict.

Zelensky warned Ukrainians in his regular daily video address that Russian strikes are likely to be launched over the Christmas holiday. He encouraged them to pay attention to air raid alarms, assist one another and be vigilant for one another. Russian terrorists will likely intensify their activities during the holiday season more aggressively.” He stated. “These terrorists do not hold Christian values in any regard or values for that matter. After converting to Russian, Zelenskiy declared, “citizens of Russia must understand that terror will never go unanswered.”

He did not provide further details. However, in his remarks, he stated that he met with his top commanders to discuss the current military situation and that his government is prepared to deal with various scenarios of terrorist attacks. “And we will respond.” While the United States and its allies are threatened by war, they have refused to provide Kyiv with long-range missiles, known as ATACMS, which can envelop a large part of Russia from behind the front lines.

Vladimir Putin Made Visit on Friday

Ukrainian officials are anxious that having a slim majority of Republicans in the House next year might make it tougher for them to maintain U.S. congressional support for aid. Right-wing Republicans oppose aid, and other lawmakers have called for tighter oversight. On Friday, Vladimir Putin visited Tula, a city noted for its arms manufacturing.

In his speech, the president encouraged the defense industry to increase weapons production for the front. Among the few residents who remained in Bakhmut, an eastern Ukrainian city targeted by Russian efforts to advance in recent weeks and caused the death of thousands of soldiers, Valerii Deriukha, 55, was one of the few remaining residents. When artillery explosions sounded, he was chopping twigs for firewood. You could witness first-hand the hardships of life here.

If you ask what life is like here, he will reply, “War.” An adjacent building had been blasted to the ground by two storeys of bombs. So you can judge for yourself how things are going in life. On Friday, Russian shelling stopped operations at one of DTEK’s power plants and resulted in a fatality, and an injury occurred, according to the messaging app Telegram. It is not known what plant was struck by the company, which owns eight thermal power plants.

Russian forces have been pushed out of the areas surrounding Kyiv and Kharkiv, Ukraine’s second-largest city. Currently, the Russian military is focused on retaining its position in the southern and eastern parts of Ukraine, which is approximately a fifth of the country. Earlier today, the general staff reported that Ukrainian forces repelled attacks on at least 17 east settlements.

In addition, Kremlin forces launched 12 missiles and air strikes, including on civilian targets, from the front lines of the conflict in eastern and southeastern Ukraine. Moreover, it has been reported by the exiled mayor of Melitopol, which the Russians in the south occupy, that more Russian troops were being brought into the city and that fortifications were being strengthened. Hence, residents were no longer able to travel.

In a media briefing online, Ivan Fedorov said that a car bomb had exploded in the city earlier in the day. One person has been killed because of Russian attacks on the southern Kherson region 61 times in 24 hours, with half of these attacks occurring within the city limits of Kherson, according to Governor Yaroslav Yanushevych. The Russians withdrew last month from that city.

A Russia-installed governor in the neighboring Zaporizhzhia region, Yevgeny Balitsky, stated that shelling did “almost stop” at the nuclear power plant, although Russian troops refused to leave. Russia and Ukraine have claimed that they risk nuclear disaster in their fighting near the plant, the largest in Europe, and the U.N. has called for a safe zone there. Assuring a safe zone around the plant has been proposed to reduce the risk of nuclear disaster, and the International Atomic Energy Agency reported progress in negotiations with both sides.