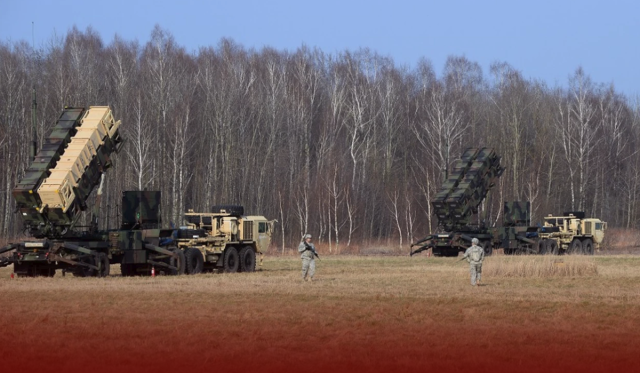 In a statement issued on Thursday, Russia’s foreign ministry warned the United States that sending sophisticated Patriot air defense missiles to Ukraine could be considered by Moscow as a provocative move. Maria Zakharova, the Ministry of Foreign Affairs spokeswoman, stated that the U.S. deployment of Patriot missiles to counter Russian airstrikes would escalate the U.S. role in supporting the Kyiv government during Russia’s 10-month war and could have serious consequences.

Earlier this week, The Russian Foreign Ministry warned that the U.S. could become a “legitimate target” for the Russian military if it provided sophisticated air defense systems to Ukraine, a blunt warning that Washington promptly dismissed.#Russia #Ukraine #UkraineRussiaWar️ pic.twitter.com/VSycWFlJ1W

Moscow has not yet specified its response, but she said the United States should “draw the appropriate conclusions” from its warnings regarding equipment supplied by the United States. Due to its arms shipments, the U.S. has become a party to the Ukraine conflict. Earlier this week, the U.S. confirmed to reporters that it had agreed to send the Patriot missile system to Ukraine, as Volodymyr Zelensky has long stated that Ukraine needs the Patriot missile system to defend its vital infrastructure, including electricity and water facilities, from Russian airstrikes.

However, until this week, the White House and the Pentagon were unwilling to send Patriot missiles to Ukraine as part of their commitment to bolstering Ukraine’s air defense. Finally, it was determined that the deployment of air defense missiles was necessary to light the U.S. military’s continued bombardment of Ukraine’s infrastructure. Additionally, U.S. officials announced Thursday that more combat training would be provided for Ukrainian forces at the Grafenwoehr training facility in Germany during the winter months.

The U.S. Trained Around 3100 Ukrainian Troops

In the past few months, the United States has trained approximately 3,100 Ukrainian soldiers in using and maintaining various weapons and equipment, such as howitzers, armored vehicles, and the High Mobility Artillery Rocket System (HIMARS). Military leaders in the United States have been discussing the expansion of such training for months. In their report, Ukrainian units of company and battalion size have been urged to increase their ability to move and coordinate attacks on Russian forces.

Two people were killed in Kherson, southern Ukraine, and the power was ultimately out due to recent Russian shelling. Ukrainian forces are reportedly attacked by officials who have been installed in Russia. According to Kyrylo Tymoshenko, deputy head of Volodymyr Zelensky’s office on Telegram, the regional administration building in Kherson was attacked by Russian strikes. Alexei Kulemzin, the newly appointed mayor of Donetsk, said the shelling overnight amounted to some of the most significant attacks the city has experienced in recent memory.

During the summer of 2014, portions of the Donetsk region were seized by Russian-backed separatists. Russia annexed the area in September, but the international community rejected it. At a meeting of the Human Rights Council in Geneva, U.N. High Commissioner for Human Rights Volker Tuerk asserted that gross violations of human rights standards had characterized Russia’s war on Ukraine. Following his visit to Ukraine last week, Tuerk said that 18 million people in Ukraine need humanitarian assistance.

Moreover, he mentioned that these additional Russian airstrikes could exacerbate the humanitarian situation and increase the displacement of civilians. During the winter, millions of Ukrainian civilians are exposed to extreme hardship due to Russian attacks on civilian infrastructure, including power facilities. “At the bottom of my heart, I sincerely wish that this senseless war might end,” Tuerk stated. Russian embassy officials said earlier that the possibility of Ukrainian delivery of Patriot missile defense systems would be provocative and have “unpredictable consequences.”

The head of the Ukrainian army has said Moscow intends to continue fighting and wants to take over the entire country. Russian forces have bombarded two strategic cities in the east of the country, while Ukrainian troops have shelled Russian-controlled areas of Donetsk in the west. “A senior Ukraine officer, Brigadier General Oleksiy Gromov, said on Thursday that the Kremlin seeks to prolong the conflict by involving armed forces.

“Our enemy continues to have the primary strategic objective of seizing all of our territories and preventing Ukraine from joining the Euro-Atlantic community,” Gromov commented. In the present situation, both sides have rejected the possibility of a Christmas truce, and no talks are underway to end the nearly 10-month-old conflict. Instead, Moscow chose to focus its efforts on the eastern cities of Avdiivka and Bakhmut but also started shelling Kherson in the south and attempted to gain a stronger foothold in the Zaporizhia southern region, according to the Ukrainian military General Staff.

On Thursday, Kyrylo Tymoshenko, deputy head of the president’s office, said that two people were killed by Russian troops shelling the center of Kherson, which was liberated by Ukraine last month. Additionally, officials reported that the shelling had brought the city’s electricity to a standstill. Denise Brown, the U.N. humanitarian coordinator, reports that a female paramedic with the Ukrainian National Red Cross Society was among the victims in Kherson. According to her, local authorities and volunteers distributed aid from a building hit by the attack.