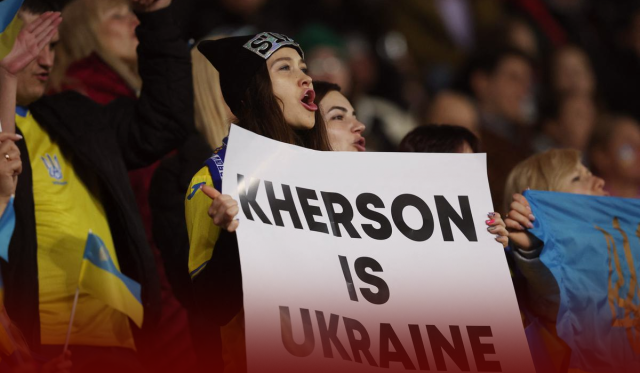 Residents from Kherson Oblast in southern Ukraine are likely to start an evacuation to Russian territory after Volodymyr Saldo, a Kremlin-appointed official in the partially-captured region, suggested people living there to evacuate for their safety. That is an indication of Russia’s losing control of the area it says to have annexed. The call was made citing daily missile strikes by forward-moving military forces of Ukraine.

Volodymyr Saldo urged the residents to protect themselves by fleeing to Russia for leisure and study. Later, Marat Khusnullin, Russia’s Deputy PM, backed the call made by Mr. Saldo, in a message on state TV. However, Kyiv rejected the allegations that it targets its own people. Its combatant forces have recently recaptured some parts of Kherson province (also known as Khersonshchyna), coming closer to the port city of Kherson.

According to the British Defense Ministry, the Moscow military has begun to prepare for the evacuation of non-combatant people from the partially-occupied Kherson region, which means they anticipate combat extending to the regional capital.

Moreover, the Defense Ministry also reported Moscow Armed Forces had made advances in the Donetsk Oblast’s Bakhmut over the past 72 hours into Ivangrad and Opytine villages in Bakhmut’s Southern part.

On Friday, Ukraine’s General Staff of the Armed Forces said that the Russian military is building up its presence at Ukraine’s Zaporizhzhya nuclear complex, Europe’s largest, in the captured city of Enerhodar in the north-western part of Zaporizhzhya province.

Previously on Wednesday, Anita Anand, Canada’s Minister of National Defense, announced that it would provide USD 34.06M in the latest military package to assist the Ukrainian military forces in their fight off against Moscow’s brutal and unjustifiable incursion.

According to the sources, the package would contain drone cameras, artillery shells, winter clothing, and other support. That would bring the total Canadian assistance to Ukraine to nearly 600M Canadian dollars since Putin ordered the large-scale invasion late in February.

Read Also: G7 Countries Will Support Ukraine for ‘as long as it takes’