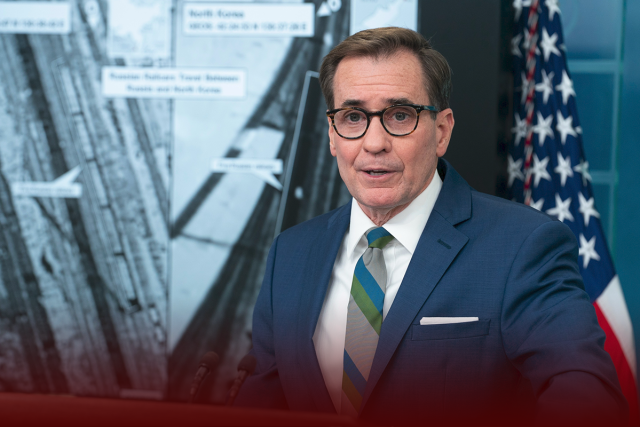 The White House announced Friday that the United States would label Russia’s Wagner group as a “transnational criminal organization.” This move is aimed at disrupting the financial and arms supply of this private military group, which has been actively participating in the war against Ukraine on behalf of President Putin, with a mix of convicted criminals and contractors.

The United States will be taking further steps to impose sanctions on the Wagner group and its network of support, which operates on multiple continents, announced John Kirby, Coordinator for Strategic Communications at the White House National Security Council. Along with this designation, the Treasury Department will formalize these penalties in the coming week.

The White House announced that it would classify the Wagner Group, which aids Moscow’s war on Ukraine, as a Transnational Criminal Organization. This designation will be accompanied by sanctions that will hinder the group’s ability to conduct business globally.#WagnerGroup pic.twitter.com/ms6T6H2G43

During a White House news briefing, Kirby explained that this designation would provide the United States with more options to target the Wagner group’s business operations globally and encourage other countries and organizations to take similar actions. According to John Kirby, Coordinator for Strategic Communications at the White House National Security Council, these actions are taken to acknowledge the threat that the Wagner group poses on a global scale, which includes their consistent engagement in severe criminal activities.

He highlighted that this Russian mercenary group has been responsible for committing “atrocities and human rights violations” in Ukraine and other parts of the world. The decision to take these actions comes a month after the Commerce Department imposed new limitations on the Wagner group by identifying them as a “Russian military end user” to obstruct their capability to acquire items that use U.S. technology.

During Friday’s press briefing, John Kirby, Coordinator for Strategic Communications at the White House National Security Council, presented images that he claimed were of five Russian rail cars that traveled from Russia to North Korea on November 18th and returned the next day. He stated that these railcars carried a shipment of North Korean infantry rockets and missiles intended to be used by the Wagner fighters in Ukraine.

John Kirby said these arms transfers violated United Nations Security Council resolutions. He added that on Friday, the United States shared information about this illicit activity with the Security Council’s North Korea sanctions committee panel of experts. The Biden administration had previously accused North Korea of supplying weapons to the Wagner group. Kirby dismissed the denials made by North Korea and pointed to the recently released imagery as evidence to back the U.S. accusation.

“We firmly condemn the actions of North Korea and call for an immediate stop to these deliveries to Wagner,” said John Kirby, Coordinator for Strategic Communications at the White House National Security Council. He added that since its debut in Ukraine in 2014, the Wagner group has gained notoriety as a ruthless, covert tool of Russian influence and has been accused of committing human rights violations in Syria, Mali, Central African Republic, and Ukraine.

Prigozhin’s Involvement in State Contracts and Interference in Foreign Affairs

The founder of the Wagner group, Yevgeniy Prigozhin, has a criminal background, having served a nine-year prison sentence for robbery and other offenses. He later ventured into business, running a hot dog stand, casinos, and a restaurant on a boat in post-Soviet St. Petersburg. He established a connection with President Putin.