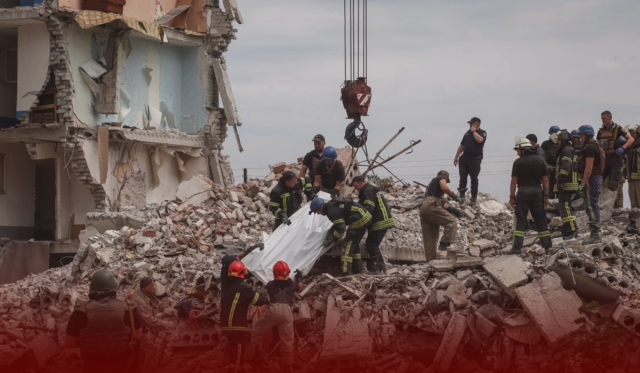 Russian airstrikes have relentlessly battered Ukraine’s infrastructure in the past few weeks, cutting power and water supplies for many Ukrainian people during the winter. More than $1 billion in new aid was pledged to Ukraine on Tuesday by about seventy countries and institutions. The French Foreign Minister, Catherine Colonna, stated following the global officials’ meeting in Paris that the money was derived from “new commitments, and that it is aid or gifts in kind, not a loan.”

In the past few weeks, Russia has relentlessly battered Ukraine with airstrikes, cutting the power and water supplies of millions of Ukrainians during the winter months. Around 70 countries and institutions have pledged more than $1 billion in new assistance to Ukraine.#Ukraine pic.twitter.com/waKWY4DReP

The statement noted that the assistance would be implemented “over the course of the winter season to strengthen the resilience of civilian infrastructure.” It is estimated that $400 million of the aid will be used to aid Ukraine’s energy sector, which Russia has repeatedly targeted with airstrikes. Ukrainian President Volodymyr Zelensky used a video link to inform the aid meeting that at least $840 million would be needed for his country. “The cost is considerable, but it’s less than what it would cost to shut down,” Zelensky said.

Russian President Vladimir Putin has attempted to “plunge the Ukrainian people into despair,” Macron said the conference’s purpose was to help the Ukrainian people “make it through this winter.” At a news conference, Colonna said, “We cannot leave the Ukrainian people alone in the face of winter, facing their aggressor, which is attempting to cause difficulty for them.” Denys Shmyhal, the Ukrainian Prime Minister, told reporters that the new assistance represented an important signal. The entire civilized world is supporting Ukraine.”

The European Commission President, Ursula von der Leyen, announced on Wednesday that the EU had provided 40 generators for use at hospitals in Ukraine and eight hundred generators for use at other sites. A strong response to Russia’s assault on Ukraine’s economy and basic services is needed, according to Von der Leyen, and countries should do what they can to coordinate, escalate and optimize their support for Ukraine.

Following the pledge made on Monday by the leaders of the G-7 industrialized countries, a conference was organized to meet Ukraine’s urgent needs for military and defense equipment. A strong response to Russia’s war against Ukraine’s economy and basic services is required, according to Von der Leyen, and countries must coordinate, optimize and expedite their support for Ukraine.

In addition to the conference, the leaders of the Group of Seven nations pledged on Monday to fulfill Ukraine’s urgent requirements for military equipment and defense systems. In addition, white House officials released a statement condemning Russia’s ongoing inhumane and brutal attacks on critical infrastructure, particularly electricity and water facilities. Those who facilitate Putin’s illegal war have also been condemned. These “indiscriminate attacks” have been described as “war crimes.”

German Chancellor Olaf Scholz, who heads the G-7, has emphasized the importance of rebuilding the stability of Ukraine’s finances. He compared the reconstruction of Ukraine to the Marshall Plan enforced to rebuild Europe following the Second World War. Meanwhile, on Monday, Russian forces fired missiles, drones, and artillery into eastern and southern Ukraine. During his Tuesday speech to the Ukrainian parliament, Ukrainian Prime Minister Denys Shmyhal requested Patriot missile batteries and other high-tech air defense systems to counter Russian attacks.

Governor Pavlo Kyrylenko of the eastern Donetsk Oblast reported Monday that eight civilians had been wounded in a Russian rocket attack on Hirnyk. During an address to the remaining residents of Donetsk Oblast, Kyrylenko alleged that Moscow systematically terrorizes peace-loving Ukrainians. In addition, due to the damage to the power infrastructure, millions of people in the affected area are without power in subzero temperatures.

In his nightly address Monday, Zelensky said Russia would continue to target Ukraine’s power grid. “Russia still hopes for blackouts. It is the last hope of terrorists,” he said. “I would request that you take seriously all warnings issued by the Ukrainian military command, our air force, and air alarms as long as they possess missiles – and Russia still possesses them. Every level of our organization must be prepared to deal with hostile intentions. The administration will do everything it can to ensure that we can survive this winter,” he concluded.

A Russian attack on Ukraine’s power grid has been underway since October. Zelensky contends that these attacks were war crimes against civilians, whereas Moscow maintains that they were military operations. According to a Pentagon senior official, approximately 50% of Russia’s fully serviceable ammunition stocks will be exhausted by early 2023. The official, who spoke anonymously, explained that they drew ammunition from Russia’s aging stockpile. It indicates that the Russian military is willing to use ammunition that has been in service for over forty years.

Read Also: US To Send Ukraine $275m in Military Aid