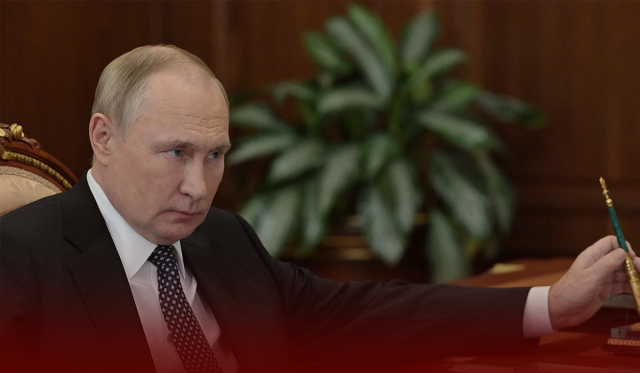 The Kremlin announced that President Putin had ordered a 36-hour cease-fire from midday (10:00 GMT) on Friday in response to a call for a Christmas truce from Patriarch Kirill of Moscow, the head of the Russian Orthodox Church. The Ukrainian government has rejected the truce offer and stated that no cease-fire negotiation would occur until Russia withdraws its forces from occupied territory.

On Thursday, Putin announced that a cease-fire would take effect along the entire line of contact in Ukraine between 12:00 on January 6, 2023, and 24:00 on January 7, 2023, at the request of His Holiness Patriarch Kirill. Russian President Vladimir Putin urged Ukraine to halt the fighting and allow Orthodox citizens to attend Christmas services on Christmas Eve and Christmas Day in areas affected by the conflict.

Zelensky indicated that Moscow was using a cease-fire as a cover to impede Ukrainian progress in Donbas and bring more equipment into the region. A top Ukrainian official quickly rejected the proposal and asserted that a cease-fire could only happen if Russian troops withdrew occupied territory in Ukraine. Russian presidential adviser Mykhailo Podolyak recently tweeted that a “temporary agreement” cannot be discussed until the Russian army withdraws from occupied territory. He added that the Ukrainian military does not attack foreign land or kill civilians, instead targeting only “members of the occupation army on its territory.”

There’s an aggressor: the Kremlin. And a victim:the Ukrainian people. Withdrawal of Russian troops is only serious option to restore peace & security. Announcement of unilateral ceasefire is as bogus & hypocritical as the illegal & grotesque annexations and accompanying referenda

Joe Biden responded to Putin’s call for a cease-fire by stating that it was simply an attempt to find a temporary pause in the military campaign. On December 25 and New Year’s Day, Biden pointed out that Putin was ready to bomb hospitals and nurseries as well as churches and suggested that he might be seeking oxygen.

Patriarch Kirill of Moscow, head of the Russian Orthodox Church, requested on Thursday that both sides of the conflict in Ukraine observe a Christmas agreement in order that “Orthodox people can attend services on Christmas Eve and on the day of the Nativity of Christ.” The Russian Orthodox Church, the largest in the Eastern Orthodox communion, has approximately a hundred million followers within Russia and a larger number outside of the country.

Kyiv, however, rejected this request made by Patriarch Kirill, who had previously justified the war as a means of preventing western liberal ideology from gaining influence in Russia. To this request, Podolyak stated that the Russian Orthodox Church was a “war propagandist” who had incited mass killings of Ukrainians and the militarization of Russia. The Russian Orthodox Church added that its statements about the Christmas Truce are cynical traps and propaganda.

A crackdown has been conducted on Moscow-linked churches in Ukraine since November. Homes that are suspected of being engaged in anti-Ukrainian activities and supporting Russia’s invasion have been raided. The Ukrainian government imposed punitive measures against seven senior Orthodox leaders who were known for their sympathy for Moscow December.

On Thursday, Russia and Ukraine both indicated that there will not be any negotiations between them soon, effectively rejecting an offer of mediation by Turkey’s President Recep Tayyip Erdogan, who had separate conversations with both Putin and Ukraine’s Zelensky. It means that both sides are not interested in or willing to engage in talks with each other at this time.

The Kremlin announced that President Putin told Erdogan that Moscow is prepared for talks, but only on the condition that Ukraine “takes into account the new territorial realities,” which refers to recognizing Russia’s annexation of Ukrainian territory. Podolyak stated that this demand is “fully unacceptable.” It means that Russia is willing to engage in discussions with Ukraine, but only if Ukraine acknowledges and accepts Russia’s claim to the disputed territory, while Ukraine considers this demand unacceptable and not open to negotiation.

President Putin, in offering “talks” with Ukraine and the rest of the world, is asking for recognition of “its right to seize foreign territories” and “to fix the absence of legal consequences for mass killings on foreign territory,” according to a tweet by Mykhailo Podolyak, a presidential adviser in Ukraine. So, Russia is seeking recognition and validation of its actions in invading and occupying a portion of Ukraine’s territory, as well as absolution for any alleged wrongdoing during the conflict. More than ten months have passed since Putin ordered the invasion of Ukraine and the seizure of its land, and Russia & Ukraine have entered the new year with entrenched and uncompromising diplomatic stances.