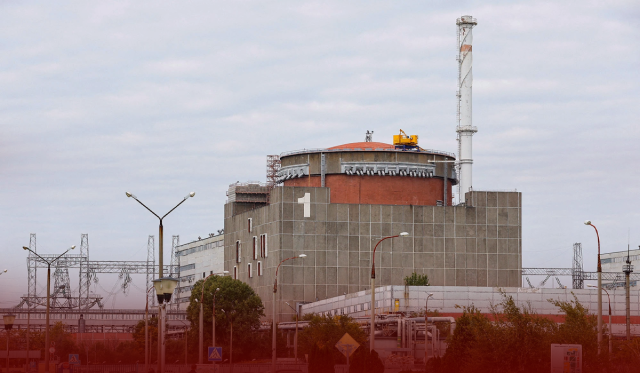 The Zaporizhzhia nuclear power plant was forced to operate on emergency diesel generators after being shelled overnight in southern Ukraine. Russian shelling caused damage to power lines and electrical substations in the area, according to nuclear operator Energoatom. The Russian government blamed Ukraine for the incident. However, senior Ukrainian operating staff informed the IAEA’s experts in a statement that there were indications that the power lines had been physically damaged at two locations in Ukrainian territory, approximately 50-60 kilometers from the plant.

Since the Zaporizhzhia nuclear power plant in southern Ukraine lost all access to external electricity during overnight shelling, it has utilized its emergency diesel generators for backup power.#Zaporizhzhia #Ukraine #Russia #Russianshelling #UkraineRussianWar pic.twitter.com/g1AFg6uoAS

One of the sites is currently undergoing repair work. Rafael Grossi, the Director General of the IAEA, stated that the development was extremely concerning and showed the plant’s fragility and vulnerability. In addition, his efforts have been directed toward establishing a demilitarized zone around the nuclear plant, which he has coordinated with both sides. A nuclear accident at the site requires preventative measures, according to him.

A separate report from the International Atomic Energy Agency said its inspectors examining the three sites they have inspected had not found any evidence of undeclared nuclear activities and materials. The Ukrainian government has vehemently denied Moscow’s claims that it plans to plant a dirty bomb on its soil while accusing Moscow of attempting to escalate tensions by using the threat of a dirty bomb as a pretext.

Russia Raised the Matter at the United Nations Security Council

A letter from Russia to the U.N. Security Council was issued last week in response to the Kyiv regime’s use of the dirty bomb. The Ukrainian government invited IAEA inspectors to the country. It has been reported that the IAEA visited three sites where allegations were made regarding activities: the Institute for Nuclear Research in Kyiv, the Production Association Pivdennyi Machine-Building Plant in Dnipro, and the Eastern Mining & Processing Plant in Zhovti Kody.

The agency stated there was unrestricted access to the locations for the agency’s inspectors. “Based on the technical and scientific evaluation we have carried out to date, we have not found any indication that undeclared nuclear activities and materials are occurring at these three sites,” IAEA chief Grossi announced. In addition to collecting environmental samples, the inspectors collected samples for testing, and the lab will report the results as soon as possible.

On Wednesday, Russia’s bid to send a formal commission to investigate its claim that the United States and Ukraine are conducting secret biological weapons programs in Ukraine failed to gain traction in the U.N. Security Council. China was the only country that supported a resolution that called for the creation of a commission. Despite claims that Ukrainian biological weapons programs exist, U.N. disarmament officials maintain that they are unaware of such programs. Kyiv and Washington also deny this claim.

The U.N.’s Joint Coordination Center (JCC) in Istanbul has reported that the Russian delegation has resumed its work at the JCC and has joined vessel inspections. Moreover, the JCC oversees the agreement’s implementation to get Ukrainian grain exports out of the Black Sea. It has been alleged that Ukraine used drones to attack the Russian Black Sea fleet, which led to Moscow suspending participation in the agreement on Saturday. On Wednesday, the organization reversed that decision. “With the initiative now in full swing, all parties must focus their efforts on two key areas,” Guterres said on Thursday.

The Russian government has repeatedly expressed that it does not obtain the benefits it wants from the agreement because some private firms are concerned about running afoul of international sanctions. Sergey Lavrov, Russian Foreign Minister, said at a news conference in Jordan that his country had asked the United Nations to assist Russia in implementing the part of the agreement that eased Russian food exports. Although there are no sanctions against Russian food and fertilizer exports by the United States or European Union, United Nations officials say over-compliance has been a matter of concern.