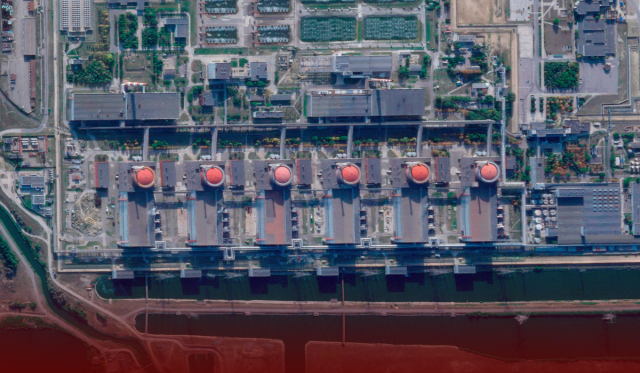 The International Atomic Energy Agency announced that it would deploy nuclear inspectors to two Ukrainian atomic sites in the coming days in response to Russian claims that Ukraine officials may have deployed a dirty bomb. However, Ukraine denies those Russian claims. U.N. nuclear watchdog announced the development following statements by a senior Russian officer that two Ukrainian institutes associated with the nuclear industry were preparing to build such a device. It is widely recognized that dirty bombs are laced with nuclear materials.

It is aware of statements made by the Russian Federation on Sunday regarding alleged activities at two nuclear facilities in Ukraine,” the IAEA said in a statement, noting that the agency had already inspected both facilities, and one was inspected less than one month ago. “The IAEA is preparing to conduct safeguards visits in the coming days to detect any potential undeclared nuclear activities and materials,” the organization stated.

In a briefing, Lieutenant General Igor Kirillov, head of the nuclear, biological, and chemical protection forces of Russia, stated: According to the information we have, two organizations in Ukraine have been given explicit instructions to develop a “dirty bomb.” The Institute for Nuclear Research in Kyiv and the Eastern Mineral Enrichment Plant in the central Dnipropetrovsk region were the two sites said to be involved in the operation by Russia’s state news agency RIA.

Volodymyr Zelenskyy, president of Ukraine, has criticized Israel for its neutrality during the Ukraine war, saying that its refusal to assist Kyiv with weaponry has encouraged Russia’s military alliance with Iran. At a conference organized by Haaretz on Monday, Zelenskyy reiterated his request for Israel to use its anti-missile technology Iron Dome to counter Russian missile strikes. On the battlefield, Ukraine’s army is crushing the Russians. But, unfortunately, we do not possess an Iron Dome of our own.

He stated by video link, “We need an effective and modern air defense and missile defense system to ensure the safety of our skies. In a meeting with his Ukrainian counterpart, Oleksiy Reznikov, Israeli defense minister Benny Gantz announced that Israel would not be supplying Ukraine with weapon systems. Despite the Russian invasion of Ukraine in February, Israel has provided humanitarian assistance to the country but has refused to provide military equipment for fear of damaging relations between the two countries.

In Zelensky’s view, Moscow and Tehran established a partnership after the decision “not to annoy” Russia by helping Ukraine militarily. However, Zelensky did not specify how this was achieved. In Zelenskyy’s view, “if your politicians had made only one decision at the time, this alliance between them would not have occurred.”

It seems it was adopted long ago – in 2014 when Russia began aggressively against Ukraine.” In 2014, when Russia started its aggression against Ukraine, it appears that this agreement was adopted a long time ago. On several occasions, Ukraine’s president has criticized Israel for failing to act firmly in response to Russia’s attack on his country.

The Russian military went to other countries in search of weapons once its own missile stock had been exhausted, Zelenskyy said. It found them in Iran. Could you please tell me how Russia pays Iran for this? Does Iran primarily seek to gain financial gain? There is probably nothing to do with money, but rather with Russian assistance to the Iranian nuclear program.”

Russian officials have reportedly ordered about two thousand Shahed-136 “kamikaze” drones from Iran, the same type Kyiv claimed Moscow used in its recent attacks on Ukraine. Every night, we are subjected to the awful sound of Iranian drones flying over our skies. Zelenskyy reported that Russian intelligence reports that about two thousand Shahed’s have been ordered from Iran by the Russian government. The Iranian military trained Russians on how to operate drones in Ukraine with the assistance of Iranian instructors.

Russia has denied receiving weapons from Iran for the war. Neither side has received weapons from the Islamic Republic of Iran to use in the war in Ukraine. Iran’s foreign policy opposes arming either side to end the conflict, according to Hossein Amirabdollahian, foreign minister of Iran.

On Monday, U.S. President Joe Biden was urged by progressive Democratic lawmakers to change the United States’ approach to the war in Ukraine by directly negotiating with Russia. Representative Pramila Jayapal, the lead representative of the Congressional Progressive Caucus, signed a letter expressing appreciation for Biden’s commitment to Ukraine’s legitimate battle against Russia’s aggression, as well as the fact that the U.S. has provided critical economic, military, and humanitarian assistance to Ukraine in its fight against Russia.

It was, however, noted by the lawmakers that diplomatic efforts should also be a part of the U.S. approach to the end of this conflict, which has resulted in catastrophic damage to Ukrainians as well as a threat to global food and poverty crises as fuel and grain prices rise, according to the letter published by the Washington Post.

The lawmakers wrote that as legislators responsible for spending tens of billions of dollars in US taxpayer dollars on military assistance in the conflict, it is also their responsibility to explore all possible avenues, including direct engagement with Russia, to reduce harm and assist Ukraine in reaching a peaceful settlement.