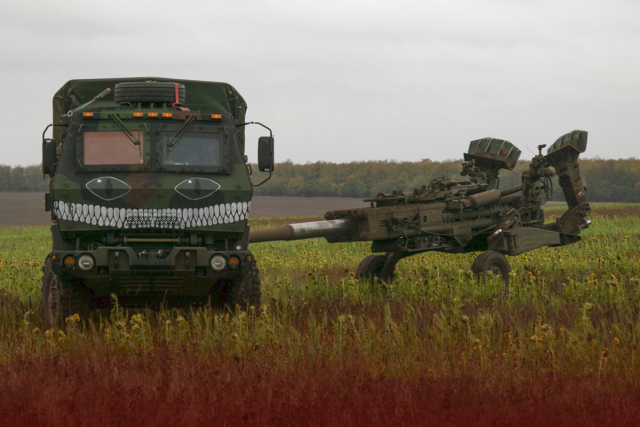 U.S. officials have announced that the Biden government will send Ukraine another $275 million in military aid, including high-tech systems and large amounts of ammunition that will allow the Ukrainian army to detect and combat drones in its ongoing war with Russia. According to military officials and experts, the United States is delivering a smaller package than most of its recent aid packages, which coincides with a reduction in attacks expected during the winter season.

US officials said that Ukraine would receive $275m in military aid from the US, which includes ammunition and high-tech drone detection systems that can be used in its ongoing war with Russia.#Ukraine️ #UkraineRussianWar #Russia #RussianUkrainianWar #MilitaryAid #UkraineWar pic.twitter.com/gKwpSLA4D1

In addition, during a recent NATO meeting, Jens Stoltenberg, Secretary-General of the NATO Secretariat, stated that Moscow seems to be slowing down its military activities to regroup and initiate a new offensive once the weather warms. The latest aid package includes approximately eighty thousand rounds of ammunition for howitzers and unrevealed ammunition for the High Mobility Artillery Rocket System. Many systems are also included for countering drones and air defense systems, as well as generators, several HUMVEES, and other equipment for combat. Before the public release of the aid package, expected on Friday, officials spoke on the condition of anonymity.

Detection of unmanned explosives has become increasingly critical for Ukrainian forces due to increasing drone attacks by both sides. In the summer, Russia purchased hundreds of drones from Iran, and Russian officials reported that the country is planning to purchase more drones from Iran soon. The Russian military has been increasingly targeting Ukraine’s civilian infrastructure, such as power plants, resulting in thousands of citizens being left without heat and electricity for the winter months. In recent weeks, several drone attacks have also struck two strategic Russian air bases within over 500 kilometers of the Ukrainian border.

The Ukrainian government has not claimed responsibility for the incident, which Moscow has blamed. Since Russian forces attacked Ukraine on February 24, the United States has provided over $19.3 billion in weapons and other equipment to Ukraine. The Pentagon will be able to ship weapons as quickly as possible to Ukraine as part of the drawdown authority granted by the president. A vote by the U.S. Congress on Thursday approved an additional $800 million in security assistance for Ukraine in the coming year. In addition, allies have assisted the United States in delivering air defense systems.

During their conflict over the eastern and southern regions of Ukraine, Russian and Ukrainian forces exchanged fire on Thursday to annex territory that Moscow has been attempting to annex over the past ten months. A Ukrainian official reported Russian tanks shelling the front-line village of Avdiivka on Thursday morning while fighting raged along the entire line of division in the Donetsk region.

Serhiy Haidai, the governor of the Luhansk region, announced that Russia had deployed more troops near Lysychansk to capture the village of Bilohorivka, as well as a significantly intensified air offensive against the region by the Russians. Haidai told Ukrainian television that increasing reserves are being brought around Bilohorivka. Continual attacks are taking place. A Ukrainian official reported the deaths of nine civilians in settlement of Bakhmut and other regions of the Donetsk region that borders the city of Luhansk. Ukrainian forces launched a rocket launcher barrage in response to the attack.

In a statement released by the Ukrainian army’s general staff, the staff stated that the Russian-installed authorities had summoned men of military age to mobilize at Melitopol in the Zaporizhzhia region, a supply route from the region to Crimea. Furthermore, according to Ukraine’s general staff, several rocket launches have been launched from Russia since Wednesday, as well as 16 airstrikes and seven missile strikes. In the wake of his February 24 invasion, Russian President Vladimir Putin has made several contradictory statements about the objectives of the war, but it appears as if he is aiming to expand his country’s borders somehow.

Russian President Vladimir Putin stated Wednesday that the war would take a long time but that the annexation of Ukrainian territory had already allowed his country to grow geographically. During his speech, he referred to his internationally contested claim made in September that the Russians had now annexed four Ukrainian provinces. Although Russia doesn’t control all the lands it claims in Ukraine, Putin stated that this is a significant result.

His remarks referred to the Sea of Azov as its “internal sea,” which is now bordered by the Russian Federation and Russian-controlled territory in southern Ukraine, including the Crimean Peninsula, a territory that the Russian Federation annexed in 2014. In a statement, Ukrainian president Volodymyr Zelenskyy announced that his troops would drive Russia from all the territories they had captured, including Crimea.

A growing chorus of advocates, including Anders Rasmussen, former NATO Secretary General, is advocating the provision of advanced weapons systems to Ukraine by the United States and its European allies as winter approaches to fend off Russian missile attacks on its energy and infrastructure systems. In a recent interview, Rasmussen told Voice of America: “I don’t understand why we impose those restrictions on our weapons deliveries to prevent Ukrainian forces from retaking lost land.

That’s why I’m here right now to encourage the Americans to withdraw the weapons-delivery restrictions we have self-imposed.” “By limiting the range of missiles, we are limiting their reach; missiles that have a range of 120 kilometers differ from missiles that have a range of three hundred kilometers. Providing Ukrainians with all the means they need is our obligation; they have the will to fight, and we must provide them with all the means to do so.”