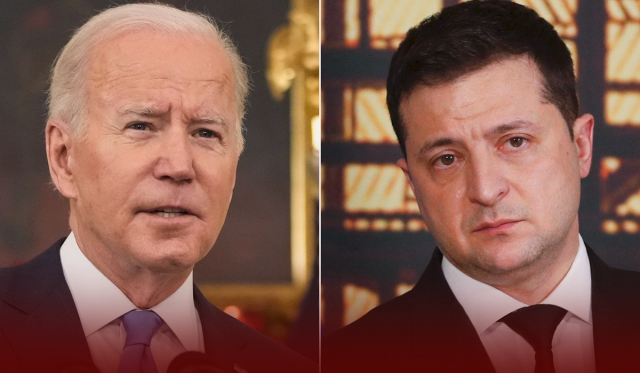 According to those with knowledge of the plan, Ukrainian President Volodymyr Zelensky is planning to travel to Washington on Wednesday for a meeting with President Biden and a visit to Capitol Hill during his first public international appearance since the Russian invasion of Ukraine. An individual with direct knowledge of the visit said both leaders are scheduled to meet at the White House. The individual requested anonymity since the meeting was not publicly announced. Comments from the White House were not available.

On Wednesday, President Volodymyr Zelensky of Ukraine and President Joe Biden of the United States will meet at the White House as part of the Ukrainian president’s Washington visit that will include an address to a joint session of Congress.#VolodomyrZelensky #JoeBiden #Ukraine pic.twitter.com/sjYAkTEm7u

A source familiar with the plan informs me that Zelensky also plans to meet with Democratic lawmakers in addition to meeting with Congress leaders and thanking them for including Ukraine funding in the current spending bill. It is expected that he will address members of Congress, and lawmakers are rescheduling their plans to be in Washington, according to another congressional aide who knows about the plan. It was not authorized for them to speak to the press on the record, so they requested anonymity.

A person familiar with the plans for the Biden administration’s new military aid package for Ukraine is likely to announce it as early as Wednesday. A Patriot missile battery is expected to be included as part of the package, one of the most advanced air defense weapons in the American arsenal. At first, Punchbowl News reported the plans for the Ukrainian president’s visit.

Nancy Pelosi, House Speaker, asked lawmakers to attend an “exceptional focus on Democracy” on Wednesday night without disclosing Zelensky’s visit. Those lawmakers who had already left Washington were left scrambling because of the letter. Although Zelensky’s administration and the United States have always been in constant communication, members of the Congressional Ukraine Caucus were also unaware of the plans, according to several individuals who, like others interviewed for this story, expressed private deliberations under the condition of anonymity.

The visit by Zelensky to the Capitol on Wednesday would surprise many House members and aides since the Senate is seeking to leave town following the passage of the year-long government funding bill on Tuesday. Zelensky will appear before Congress when some Republicans on Capitol Hill disagree with the United States’ involvement in Ukraine’s conflict with Russia. He is doing so as an expression of his dissatisfaction with America’s continued support for the conflict.

For a joint session of Congress to be held, both Senate and the House must pass resolutions to allow for the meeting. House members are expected to vote on Wednesday evening at the earliest. During the busy December, the Democratic-controlled Congress will head to Capitol Hill to pass legislation involving $44.9 billion in emergency military and economic assistance for Ukraine.

A surprise visit from Zelensky was made Tuesday to troops defending Bakhmut, which is experiencing some of the bloodiest fightings in the ongoing conflict. Zelensky stated Tuesday that this week is of utmost importance for Ukraine, both surviving this winter and preparing for next year. To achieve this goal, we must gain the necessary support and ensure that the Ukrainian flag is finally prominent across all sections of our border.”

Zelensky criticized the United States and West for Aid

In addition, he said, “Our fighters presented me with our national flag and asked me to pass it on to those whose decisions have a great deal of significance for Ukraine, for all our soldiers.” Of course, we will comply. Our determination to endure is unwavering. The necessary support will be provided to Ukraine, without a doubt!” It was essential to keep Zelensky’s American travel plans under close surveillance out of concern for his security. An aide was worried that information about his travel would jeopardize his ability to leave Ukraine, people with knowledge of the situation told CNN.

In his presidency, Biden has made it one of his top priorities to ensure that a Western coalition supports Ukraine. Even as heat prices rise during the winter, all countries in the coalition have shown little sign of withdrawing or softening their support even though they are struggling with the economic consequences of the war. Since the Russian invasion began in February, Biden and Zelensky have conducted numerous telephone conversations. They sometimes communicate more frequently than every couple of weeks.

Although there has been a friendly relationship between the two, and they have led great efforts to praise each other in public, there have also been moments of tension in their relationship. For example, the Ukrainian leader often castigated the United States and West for not doing enough as the conflict began despite Congress and the White House approving multibillion-dollar aid packages. On the other hand, the U.S. President understood that Zelensky had to push for his people forcefully as a fellow politician, but Biden also privately warned Zelensky that if he appeared ungrateful and kept saying that it wasn’t enough, it would be difficult for him to keep asking Congress for funding.

Another telephone call Zelensky conducted with Biden this summer emphasized the need for the United States to do more. An official within the White House who spoke anonymously about private call reports that Biden reminded the Ukrainian leader that the war was causing Americans to pay higher gas prices and record inflation. White House officials have consistently expressed their support for Ukraine. However, Biden and his top aides frequently respond, “As long as it takes,” when asked how long the U.S. will toss billions at the war effort.

It has also been clarified that the U.S. president will not pressure Zelensky into negotiating with Russia before he is ready. Throughout his presidency, the president has repeatedly repeated the phrase “Nothing about Ukraine without Ukraine.” In an earlier statement, Biden expressed his willingness to meet with Putin to discuss ending the Ukrainian conflict — however, he stressed that such a meeting is not imminent because Putin has not been willing to work toward a peaceful resolution of the conflict and has reportedly employed horrific tactics against Ukrainians.

Biden expressed willingness to speak with Putin if he decides that he would like to find a solution to the war. “If that is the case, I would be happy to meet with Mr. Putin to discuss his plans in consultation with my French and NATO friends. But, unfortunately, he has not taken those actions.” The last-minute invitation to Zelensky was seen as Pelosi’s last major act as speaker by many members and aides who spoke anonymously. From Ukraine to Taiwan, Pelosi has visited several countries she supported as fighters for democracy throughout this year.