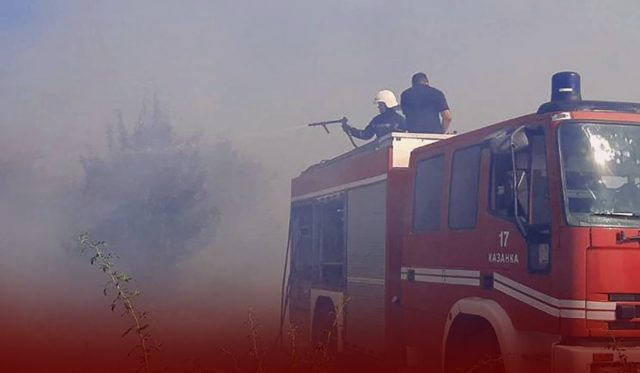 While Moscow’s forces pounded Ukraine’s eastern region with new attacks on Sunday, Russian missiles struck the strategic Ukrainian city of Mykolaiv. Oleksandr Senkevych, the mayor of Mykolaiv, said the missiles struck a key shipbuilding facility in the city. In the immediate aftermath, no information was available about casualties.

Missiles fired by the Russian Armed Forces struck industrial and infrastructure facilities in Mykolaiv, a strategic city near the Black Sea in southern Ukraine, even as the Putin-led military pounded eastern areas of war-torn Ukraine with new strikes.#missiles #RussianInvasion pic.twitter.com/qBHyct5WBR

According to Russian officials, the Russian military is trying to cut off all of Ukraine’s Black Sea coast, from the Romanian border to the Black Sea. In the early months of the five-month war, Ukrainian forces resisted Russian efforts to capture Mykolaiv, a port town between Crimea and Odesa, between the Russian-occupied Crimean Peninsula and the main Ukrainian port.

There have been regular missile strikes on Mykolaiv and Odesa since then. In addition, Russian military personnel and equipment are being moved between Kherson, Mariupol, and Zaporizhzhia, according to the British Defense Ministry Sunday reports. As the Russian manpower is under stress, the reinforcement of the south while fighting is continuing in the eastern Donbas indicates the seriousness of the threat, according to the British report.

The Russian Defense Minister Sergei Shoigu ordered troops to “further intensify their operations in all operational zones” during his visit to the front lines on Saturday. Russian military intelligence spokesman Vadym Skibitskyi said that to prepare for their next offensive, Russia is preparing military equipment. In recent days, he says, Russia has bombed cities with long-range weapons supplied by the West, killing at least 40 people, according to Kyiv.

According to Ukraine, Russian forces appear to be preparing to attack Sloviansk, a symbolic city in eastern Donetsk. In his daily address on Saturday, Ukrainian President Volodymyr Zelenskyy urged Ukrainians to take responsibility for the misinformation and misinformation that Russia and others about their country in various media.

Ukrainians must be able to consciously perceive any information, no matter from whom it comes, and recognize when and why they are needed.” According to the Ukrainian president, media weapons are sometimes more powerful than conventional ones. It is impossible to break Ukrainian unity with lies, intimidation, or false information.